Blazers fall behind in formidable match-ups

Damascus defeated Blair's varsity wrestling team 59 - 9 at a dual meet on Tuesday. The majority of the matches were long, showing impressive endurance from both teams. Sophomore Steven Staley and junior Arthur Tsapdong were the only two wrestlers to win their matches. 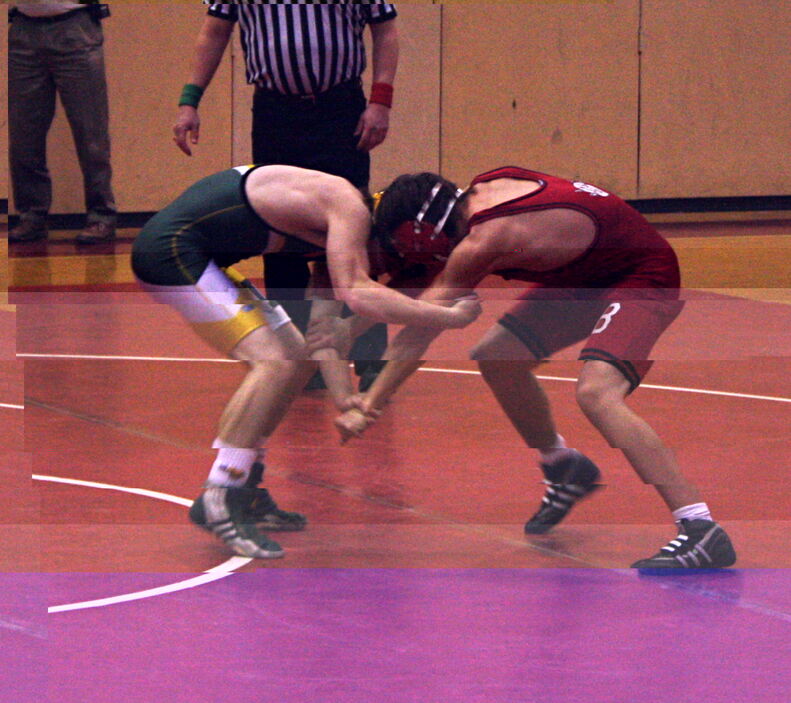 Photo: Sophomore Steven Staley fights with an opponent to find a good hold.

Photo: Sophomore Steven Staley fights with an opponent to find a good hold.

Most of the matches went into third periods, displaying considerable stamina from each wrestler. Junior captain Jeffery Garcia had a particularly close match that came down to the last seconds of the match. Both wrestlers struggled to pin each other in the first and second period. Going into the third 9-9, Garcia continued to attack aggressively, but his opponent was able to gain several more points which allowed him to win by decision as time ran out. "If I had been a little faster and a little harder, I would have had him," Garcia said.

Coach Jacob Scott was mildly disappointed with the team's performance against Damascus, stating that he had higher expectations. However, he also asserted that the team was still showing improvement from past performances during the season. "They're constantly on the incline," he said.

Scott expressed that for following meet, he would like to see the wrestlers fight with more heart and confidence, aside from better technique. Garcia also pointed out that the wrestlers mentality was crucial to winning in the future. "We need to build more character-wise," he said.

Blair's next home game is against Gaithersburg High School on Tuesday, Jan. 26 at 6 p.m.