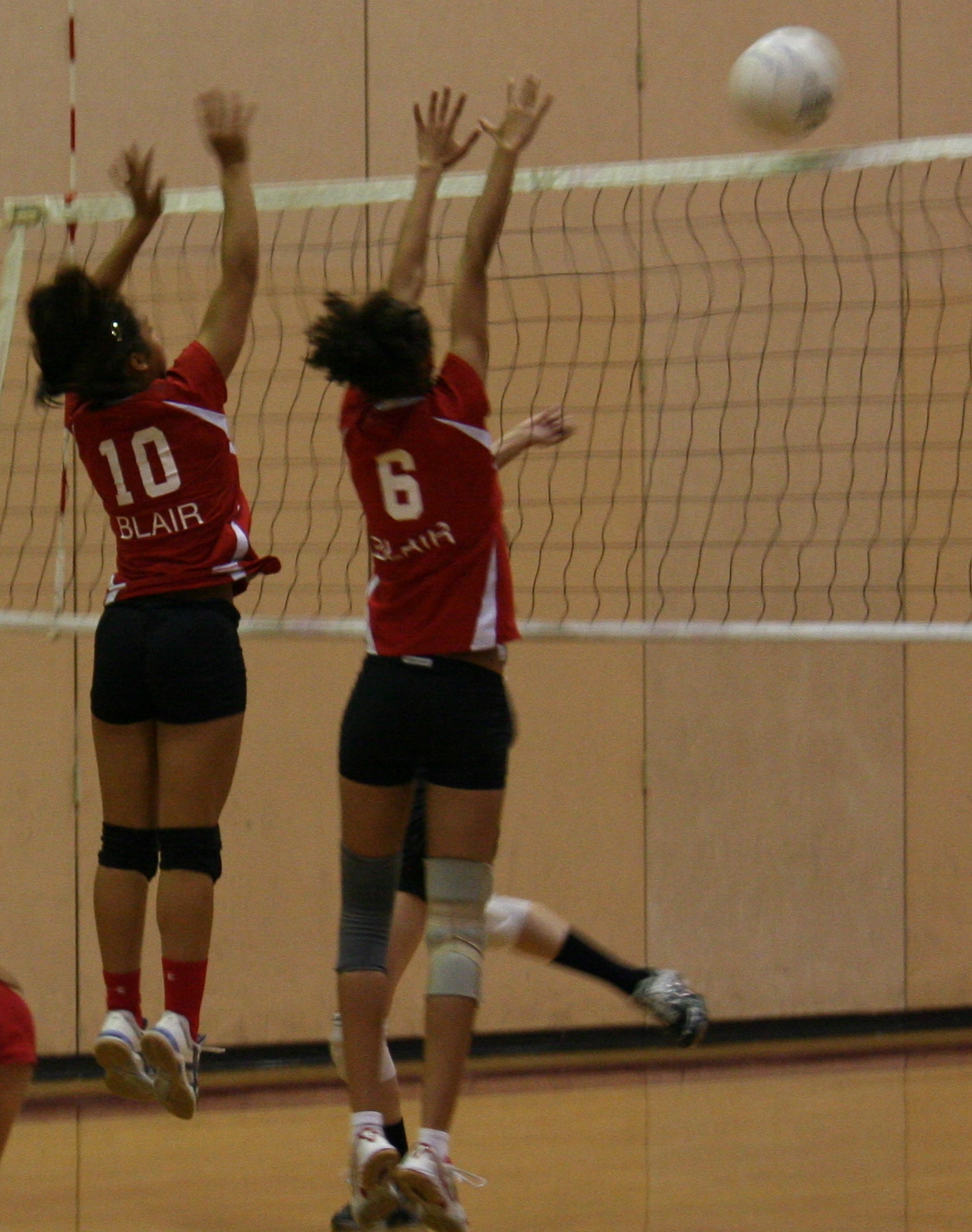 Despite initial leads, the Lady Blazers fell behind midway through each set, failing to dig the ball and to make consistent serve returns. Although, strong attacks by the Lady Blazers and smooth serves by freshman outside hitter Dominique Pope helped the Blazers make impressive comebacks in the early sets.

Blair managed to score a quick first point in the first set, but was met with successful rallies from Damascus. Hard hits led to out-of-bound points for both teams, which tied the score at 10-10. Damascus's strong hits combined with Blair's trouble with defensive communication gradually widened the score to 13-20. Later, Blair managed to tie the score at 23-23 when Damascus ended several rallies with overly powerful hits. But when Blair failed to return the ball in three turns, Damascus won the first set by a close 23-25.

The Lady Blazers amped up their energy in the second set, and impressively managed a comeback. Junior libero Libby Wei's consistent digs slowed the Hornets' scoring, and a string of strong attacks by junior co-captain and outside hitter Nika Lilley eventually allowed for a narrow victory. Lilley led the team with 13 kills in the game. Head coach Christopher Kline was impressed by the Lady Blazers' bid to stay competitive. "There was a lot of resiliency tonight," he said. "To be as down as we were and to come back like we did is something the best teams struggle with."

In the second and third sets, Blair was less successful in closing the gap when they fell behind. The Lady Blazers managed to continue their hard hits, but communicated noticeably less. Despite an 11-11 tie midway through the fourth set, Damascus was able to match each Lady Blazer attack with strong digs, and Blair appeared to lose steam as the score widened in the last few minutes, allowing Damascus to win by 18-25, the largest margin of any set.

Damascus head coach Becky Ronquillo attributed the win to a combination of smooth passing and determination. "The team was really able to figure out how to work themselves out of jams," she said. However, Ronquillo noted that Damascus's struggles with communication may have led to so many close sets.

Lilley cited passing and serve returns as skills to work on in upcoming practices. Kline said that the team would work on overall game strategy in the remainder of the season.

The girls' varsity volleyball team will play their next home game on Thursday, Oct. 14 against Quince Orchard at 6:30 p.m.