A review of this season's sweetest snags and must-haves

Last year it was iPods, now there's the Nano. Last year it was Halo, now everyone's got to have a PSP. Either way, it's clear: this holiday season the hottest items are electronics once again. This December, you don't always have to be rich to snag the perfect gift. Popular and acceptable alternatives are making it easier for you to keep your friends and family happy, as well as your wallet. 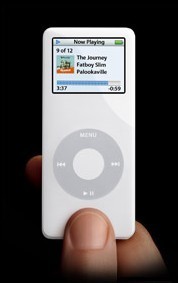 MP3 players are always a safe gift for the holidays. Everyone loves music and an MP3 player is a great alternative to the hassle of spending an hour meticulously sorting through different albums when buying a CD. With an MP3 player, the recipient can pick the music for themselves. Right now, there are tons of MP3 players on the market. Of the more recent is the iPod Nano, which can be bought online and at the Apple store for $199 and $249 depending on the number of songs it can hold. Another Apple favorite is the new video iPod, which is in color, runs streaming video, and holds up to 15,000 songs. This iPod is priced between $299 and $399. If you're not buying into the whole Apple craze, there are other options for you. The Sony Walkman Bean is about $110 and holds up to 700 songs. It comes in all sorts of cool colors, and can be ordered online or found at electronic stores like Best Buy and Circuit City. Or, be the first one on the block to rock the MobiBlu DAH-1500, known as the "smallest MP3 player in the world." The one-inch cube goes for $130 and holds up to 250 songs.

Photo:
Any shirt, polo or clothing apparel with some kind of embroidered animal or character that declares where the item was purchased (and about how much it cost) are hot on the market. The usual suspects include moose, eagles, tigers, alligators, men on horses, butterflies, bulldogs and penguins. For the fashion illiterate, we're talkin' Abercrombie, American Eagle, Le Tigre, Lacoste, Ralph Lauren, Aeropostal and Munsing. These stores are getting stripped clean of everything that is flashing such a logo. If you've got a spending account the size of a Hummer, you can roll into Lacoste, Ralph Lauren, Le Tigre or Munsing for the perfect polo. If you're on a budget, steer clear of these pricey threads and head to the other retailers located in most shopping malls.

Photo:
Die-hard fans can't get enough of their favorite TV shows, so what does one do when the season ends? Problem solved: One of the fastest-going items this year are boxed sets and seasons of the most popular TV shows. These are a must for all the long and cold weeks of winter. Available on shelves now are "Family Guy" (season 3), "Lost" (season 1), "24" (season 4), "Gilmore Girls" (season 5), "Friends" (all seasons), "Seinfeld" (all seasons), "The Simpsons" (season 7) and the debut season of "Desperate Housewives." For the Carrie or Samantha fan in your home, don't forget the latest "Sex & the City" installment: the complete series collection on DVD for $194.

The Sony PSP is a great gift for any gamer. This sleek 7"x 3" frame can play video games, music, movies, surf the web and take pictures. Although the PSP is an investment of $249, anyone would be lucky to receive this gift on the holidays. People who have no interest in video games or have never played them before probably won't enjoy it as much as someone who has never left the company of their game system. The Sony PSP may be pricey, but it's still an ideal gift for the holidays.

Don't get burned by paying 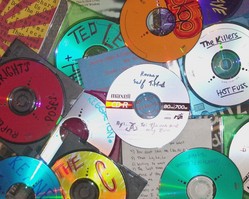 Photo:
Mix tapes are so last decade, the radio has too many commercial breaks, and who wants to listen to one artist for an entire hour? Voila! Mix CDs to the rescue. Mix CDs are one of the holiday's best stocking or yarmulke stuffer this year. They're easy, cheap and personalized: just select tracks, grab a blank CD and burn a mix. Most computers these days are made with built-in CD burners, but your old computer may need additional software. Along with mix CDs, burned albums are a must have, too! As the old saying goes, "Why buy it when you can burn it!" No one is buying CDs anymore—what with the impossible plastic sticker seal and the new hidden software. So: don't get burned, make your mix CD today.

eBay will save the holiday

Everyone knows that eBay is the way to save money, while still getting the things your friends and family want. The good thing about eBay is that you can find nearly anything you're looking for, from designer clothes to handmade shampoo, and usually for cheaper than its original price. The only problem is that you may pay a ridiculous amount of money on shipping, and you might not always get exactly what you pay for. But be careful, eBay shopping is addicting. If you spend too much time surfing the website, your gift may not come in time for the holidays. Either way, eBay is a great way to save money, and buy awesome and original presents.


Devon Madison. Devon Madison has a famous brother and sister. What went wrong? No one will know. More »