Following one of Montgomery County's many snow days this winter, Minnesota native Courtney Keuppers of the Washington Post declared that Washingtonians are "winter weather wimps." But while it might be easy for schools to reopen quickly in the northernmost tundra of Minnesota or Wisconsin, the DC metropolitan area has good reason to wait out the storm.

The biggest reason that Montgomery County must cancel school for long periods of time after a snowfall has little to do with whether or not the major roads are cleared. While one might think that all is well after driving safely on the Beltway, it's difficult to truly gauge the extent of damage caused by the snow. The school system must wait until all school parking lots are fully cleared, along with all of the small neighborhood roads in the northern part of the county. It takes a long time for a couple of plows to clear the entire Blair parking lot, and with more a foot of snow, they often run out of places to put it. 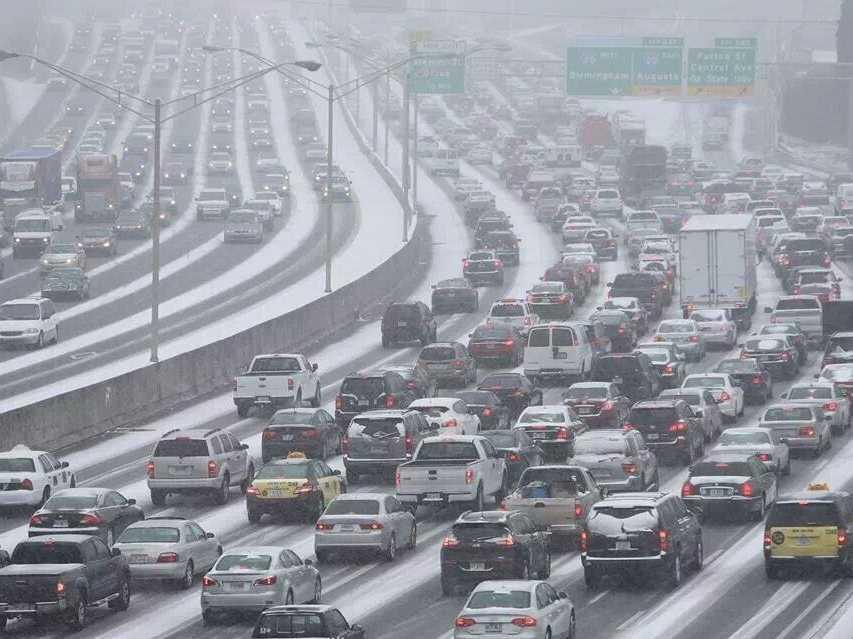 Photo: Some people have no problem driving on the highway after a light snow.

Some people have no problem driving on the highway after a light snow.  Photo courtesy of More Good Ink.

So, why don't they call in four snow plows and cut the time in half? This brings us to the heart of the problem. In Minnesota, a large portion of the county budget is set aside for snow clearance, because they can expect to get several feet each and every winter. The Montgomery County budget, however, only allows for 175 full time trucks and 450 contractor trucks for a total of 625. This might seem like a big number, but when paired with the over 500 square miles of Montgomery County, they've got their work cut out for them.

The issue then becomes more about why the county doesn't allocate more money to snow disposal. The issue with this idea is that the education budget is stretched razor-thin as it is, and making sure schools have computers and functioning heating and cooling systems are much more important than paying more snow plows.

Many Blair students are aware of the other major problem facing those in charge of the county's snow disposal efforts. The school system doesn't make a decision on a school-by-school basis, but rather one decision for all of the county's schools. So if the roads are clear in Silver Spring, but there are still cars snowed in by Poolesville, Blair can't open.

This problem sounds like a pretty easy one to solve, by making the decision on a regional level, instead of across the entire county. Seems simple enough. But what people need to remember is that not everybody who goes to Blair lives nearby. There is a significant chunk of Blair students from all parts of the county who attend the school for the Communication Arts, Magnet, or other academic programs. So anyone who can't make it to school safely from a distance would miss out on a lot of class time. According to Montgomery County Public Schools, "A uniform procedure to close all schools is maintained so that the school system can respond quickly to emergency conditions and protect the safety and wellbeing of students and staff.”

The people living in Montgomery County are also less prepared for winter weather than those from more Northern states. People living in Minnesota know that they need to prepare for the winter, and so buy their cars and other equipment accordingly. A Michigan native wouldn't be caught dead without a four wheel drive capable vehicle and chains for their tires stashed in their trunk. But my family owns a Honda Fit, so I risk my life every time I drive in a heavy rain.

To former residents of a snow climate plagued by harsh winters, I have this to say: the standards for winter preparedness must be altered in different parts of the country. Montgomery County doesn't have the resources or the readiness to go back to school soon after a winter weather event. So, if you're a northerner like Miz Keuppers, either get used to the time off or get back to Minnesota, because the county is already doing the best it can.