"How I Met Your Mother" series finale disappoints fans

Editor's Note: This review contains spoilers of the "How I Met Your Mother" finale.

The "How I Met Your Mother" finale is not legen–wait for it–dary. The ending to the CBS sitcom where main character Ted Mosby tells the age-old story to his two children shows the meeting fans waited nine seasons for. But it also shows the eponymous' Mother's death and Ted's reunion with on-again-off-again girlfriend Robin, who divorces from Barney after only three years. Marshall and Lily are the only characters intact after co-creators Carter Bays' and Craig Thomas' wreckage – they have three children together, and Marshall is finally able to fulfill his dream of becoming a judge. Needless to say, fans were not happy. The March 30 air date even prompted some fans to assume it was an April Fool's day joke. Others signed a petition for an alternate ending. The finale was ultimately disappointing because it ignored the character development of and core relationships between the characters. 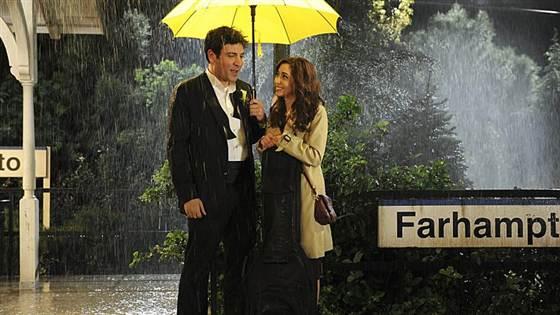 Photo: In the controversial series finale of "How I Met Your Mother," Ted finally finishes the story of how he met his kids' Mother.

In the controversial series finale of "How I Met Your Mother," Ted finally finishes the story of how he met his kids' Mother. Photo courtesy of Today.

Bays and Thomas may have been aiming to provide a more realistic ending for the audience, but "How I Met Your Mother" has always been a show that has relied on fate and the promise of Ted's happy ending with the Mother – two optimistic elements geared toward a Disney generation. Through all of the twists and turns of his romantic life, including his relationship with Robin, the audience clung to the knowledge that he would eventually meet the perfect woman for him: the Mother, whose name we finally learn in the finale, Tracy McConnell. The unconventionality of the show's storylines was what made it special, yet the finale's supposed realistic storylines (Barney-and-Robin-get-divorced-because-Robin-works-too-hard and Barney-finally-matures-when-he-has-a-child) were uninventive resolutions.

The finale relies on one of the show's main devices – a flash forward to reveal the events that occur between present day and 2030, the year from which Future Ted is telling the story. Normally, the device works because the show later goes back in and fills in the blanks (for example, when Barney is revealed to be marrying Robin). However, many of the storylines introduced in the finale are barely touched. The Mother's illness, the Mother's death, Ted and the children mourning the Mother, Barney's relationship with his newborn daughter and the final reconnection between Ted and Robin are just some of the unexpected twists that had little to no lead-up and were simply glossed over. Ted may have had six years to mourn the death of Tracy McConnell, but the audience only gets two minutes, tops. Not to mention Barney and Robin's relationship; after a full season of building up to their wedding, they get divorced within the last ten minutes of the episode.

The finale may have brought the show full circle – but that's not necessarily a good thing. Ultimately, the lead-up to Robin and Ted's reunion was what the show lacked. The audience may have rooted for their relationship in earlier seasons, but as they matured and eventually moved on to people much more suited to them (pun not intended), fans came to love the Barney-Robin and Ted-Mother relationships. Even though the Mother wasn't introduced until the season 8 finale, her few scenes during the last season were pretty much perfect. She manages to befriend all of Ted's friends before finally meeting him at the train station in what should have been the last moment of the series. After all, fans didn't sign up for "How I Met Your Aunt Robin."

Tags: How I Met Your Mother Ted Mosby