How Jürgen Klopp transformed Liverpool back into a powerhouse

Liverpool F.C. went from a mediocre team to champions in five years, largely due to Klopp

On June 25, Liverpool won the English Premier League (EPL) for the first time in thirty years. The Reds clinched the title with seven games remaining on their schedule, the earliest any team has been crowned champions.

A roster featuring Virgil Van Dijk, Sadio Mané and Jordan Henderson played a big part in this accomplishment, but one man is mostly responsible for the success Liverpool has experienced. That man is manager Jürgen Klopp, the 53-year-old German who was appointed as Liverpool’s manager on Oct. 8, 2015.

The next day, dozens of reporters packed into a small room at Anfield to witness Klopp’s first press conference as Liverpool’s boss. An excited, optimistic and humbled Klopp said he wanted to turn Liverpool fans from “doubters into believers,” and correctly predicted he would win a title in four seasons. 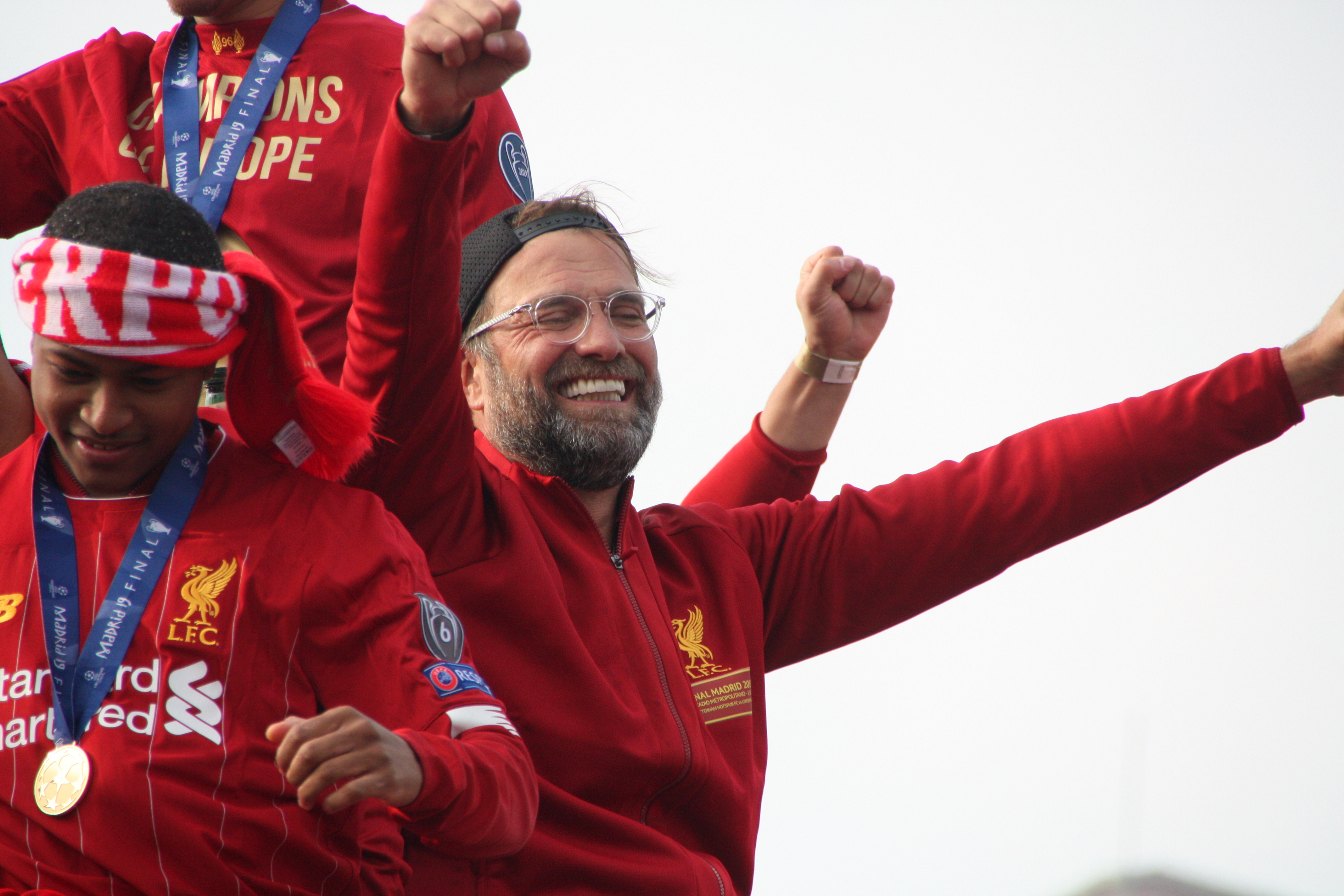 Taking over Liverpool was no easy task. The club had lost their talented forward Raheem Sterling to Manchester City that offseason and failed to find a solid replacement. The team was inconsistent under former manager Brendan Rodgers, who was fired on Oct. 4, 2015. Mediocrity was becoming normal and fear grew about the status of the club moving forward, as it had not won any major trophies since 2005. If there was anyone that was right for the job, it was Klopp.

Klopp had a track record of improving losing clubs. During his first job at FSV Mainz 05, Klopp saved a team from relegation to the third tier and brought them to the Bundesliga for the first time ever. During his second job at Borussia Dortmund, Klopp developed a struggling team into a German powerhouse during his 7-year tenure. Under Klopp, Dortmund won the league and other domestic German trophies multiple times, as well as reaching the UCL final.

Klopp’s track record at his previous teams and a struggling giant such as Liverpool is what made them a perfect fit. Klopp implemented his signature “gegenpressing” tactic, when the team that loses possession immediately attempts to take it back instead of dropping back to play defense. This strategy benefitted the team immediately.

During his first season with Liverpool in 2015, Klopp dealt with an inconsistent team in the EPL, finishing eighth. In Europe, he took Liverpool to the Europa League final, losing to Sevilla. A key turning point that season came during the Europa League semi-final when Liverpool played Dortmund. Liverpool completed a major comeback when Dejan Lovren scored a goal which advanced the Reds to the final, sending the Anfield crowd into a frenzy. Despite losing the final, this match proved that it was only the beginning of what was to come, and optimism sank in with the fanbase.

From his first offseason with Liverpool, Klopp has implemented his style with his signings. Players such as Mohammed Salah, Virgil Van Dijk and Sadio Mané are testaments of Klopp’s ability to find and develop world class talent. Each of those players have been nominated for awards or won them.

A heartbreaking loss to Real Madrid in the 2018 UCL final did not stop Liverpool. For the 2018-19 season, Klopp fixed Liverpool’s goalkeeper woes, acquiring Brazilian Alisson Becker from Roma. Chemistry continued growing, so a title run for Liverpool and possibly a UCL title was likely. The Reds were fantastic in both the EPL and UCL.

Liverpool and Manchester City competed for the league title the entire year, with City eventually winning the league just one point above Liverpool. In the UCL however, it was Liverpool’s year. After what is considered one of soccer’s best comebacks of all time against FC Barcelona, Liverpool beat Tottenham 2-0 in the Champions League final to win the club’s sixth UCL title. Klopp had transformed Liverpool back into a European powerhouse, but there was one thing left to do.

Klopp led Liverpool to an elusive Premier League title this season, something fans waited thirty years for. It was not long until it became clear the stars were aligning for Liverpool. Every player contributed, and the results showed as Liverpool stayed on top by a large margin the entire year, as much as 23 points at one point.

Klopp has transformed Liverpool from mediocre back into a powerhouse. World class talent is arriving instead of departing. He has transformed Anfield into a fortress, as the team has not lost a home Premier League game in three years. The German has become a living legend among fans, and he is set to remain manager until at least 2024. He has won four trophies during his first five years on Merseyside, and Klopp will hopefully lead the Reds to many more.