How many math teachers does it take to screw in a light bulb?

This year, four math teachers are finishing their very first years at Blair. Two of which are Christina Martin, who teaches Pre-Calculus and Algebra 1, and Janet Marie Prouty, who teaches Honors Algebra 2. Although their stories aren't very similar, they can both find middle ground in their favorite moment in the classroom: they love when students finally understand the material. So, the answer to the hackneyed joke is not how many of these math teachers it takes to screw in the light bulb, but rather how they're able to do it.

In fourth grade, Christina Martin's teacher let her give a spelling lesson for career day, but the experience didn't necessarily define her choice to pursue the profession later in life. "I've always wanted to be a teacher—probably since I was very little," she says. Years later, Martin had teachers who helped her get through the drama of high school and discover her life's path. "I had a lot of high school teachers who really made an impact on my life and helped me get through the normal high school drama that tends to happen at that age," she explains. "Teenagers don't sort of realize that high school is just four years and it will eventually end and get better."

Just as her students have lives outside the classroom, so does Martin. In her spare time, Martin enjoys spending time with friends, reading, travelling, scrapbooking, and playing sports. As a child, Martin participated in many sport activities, such as basketball, softball, lacrosse, and crew. At the old school where she taught, a private school in the Towson area, Martin coached varsity girl's lacrosse, but she isn't sure when she'll help coach Blair's teams, "I don't know if I'll get involved this spring because I may take this school year [to get] acquainted with the school, but I would really like to- if not this year then next year. I would really like to take that on.”

Martin also loves the beach. Last summer, she visited the Outer Banks for the first time, instead of vacationing in Ocean City. Martin explains that the Outer Banks is much more relaxed. "When you're older, you don't want to try all that craziness." In college, she opted to study abroad in Australia, where she participated in activities that include, going to a surf camp. "I found that when I was over there that to really master the art of surfing, you have to start when you're young," Martin comments.

Even though Martin wasn't the best surfer, she took up the sport because she loves to try new things. Almost ironically, she likes to live a simple life. She loves to read, naming Harry Potter among her all time favorites, "I really like when I can get lost in a book." She most identifies with Hermione because she herself was a "really studious kid who liked school a lot and knew the right answers." Unlike Hermione, however, Martin says she'd belong to Ravenclaw. "I'm very intellectual. I really like to analyze things a lot." And that's what makes her a math teacher. 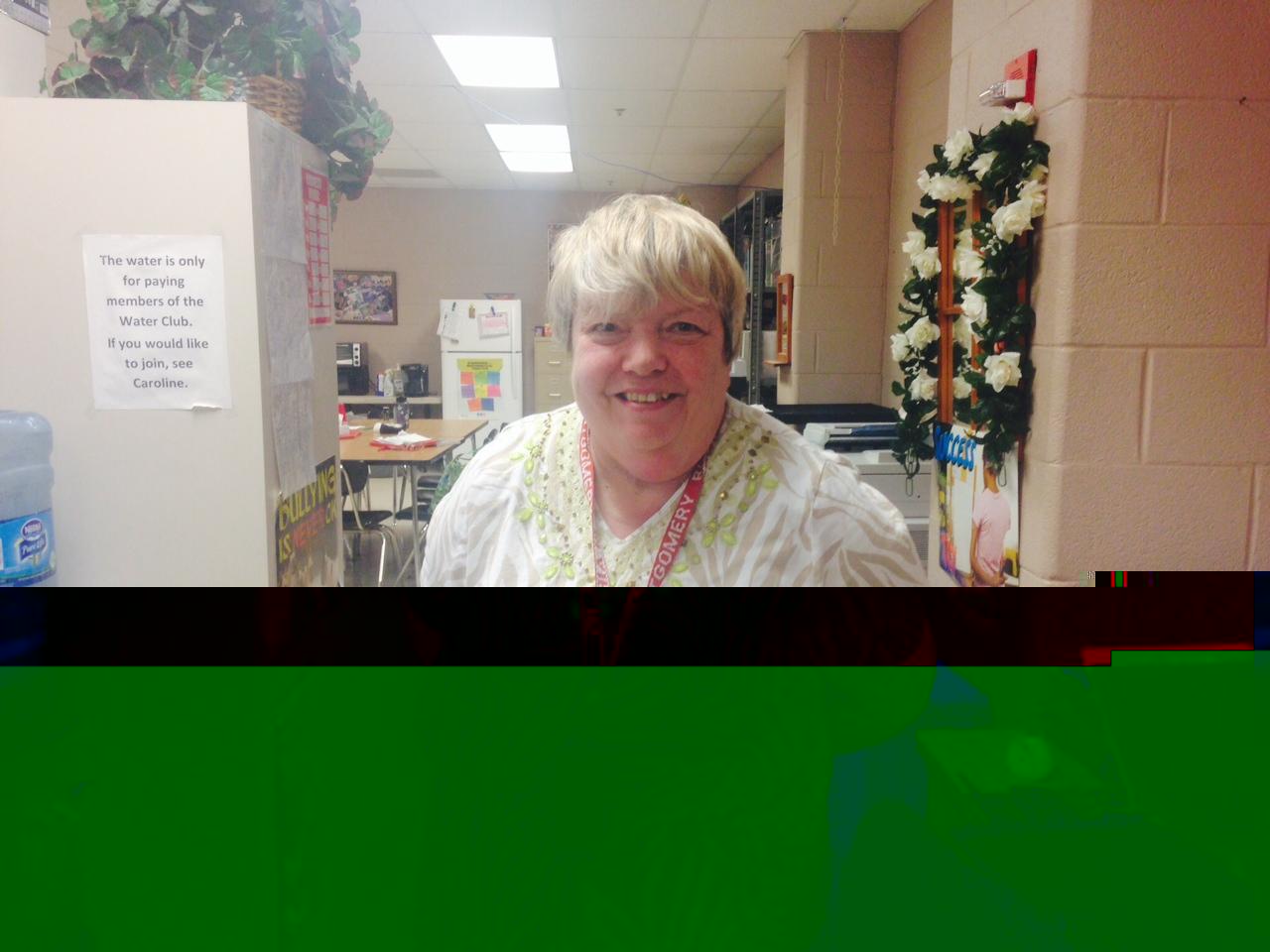 Photo: Janet Marie Prouty has traveled all over the world, and now finds herself at Montgomery Blair High School.

Photo: Janet Marie Prouty has traveled all over the world, and now finds herself at Montgomery Blair High School.

Janet Marie Prouty has held several jobs in her lifetime and traveled all over the world. After receiving her undergraduate degree from Michigan State, Prouty was a Peace Corp volunteer in Malaysia where she taught students math. As a volunteer, she was able to see more than a tourist would. "I really loved being able to do that, being able to go and begin to explore a country or a place or a city more as the people who live there." Although Blair is closer to her home in Gaithersburg than Malaysia was from her home in Michigan, Prouty's maintains that same enthusiasm to learn about the unknown land of Blair.

This time, instead of moving from a large country to a small one, Prouty is moving from a small school to a large one, and the adjustment is a little difficult. Prouty's old school, Mother of God Elementary, was a Catholic school with not many students. She has noticed that, at Blair, she has a much greater influence on students, in terms of the number. "If you want to change the curriculum, you're changing the curriculum for 2,000 people, not changing the curriculum for 50 people, and that makes a big difference." Needing to wake up earlier to prepare for a longer commute from her home has taken adjustment as well.

But even though Prouty has to adjust to Blair's unique setting, she enjoys the school. Prouty loves the sense of community she finds in the math department. "I don't feel that I'm sort of out there on my own. Before, when teaching at a smaller school, sometimes you actually kind of felt like you were the lone wolf out there." Other qualities Prouty finds attractive about Blair is its diversity and the number of different activities available for students.

Outside the classroom, Prouty is a "real civil war history buff" and enjoys outdoor activities. She travelling as well, noting that Rome and London are her favorite cities. Inside the classroom, Prouty assumes the role of a guide so that students can solve the problems on their own. She wants students to understand the material, but she doesn't want to be an overbearing teacher. Once the students can solve math problems, Prouty believes they will better be able to work out solutions to problems of their own, . "Not necessarily that it will help us solve problems, but that it teaches us to think through problems.”

Even though these teachers have different interests and different backgrounds, they can agree on the fundamental principles that they love math and watching students learn. "My favorite moment as a teacher is probably that 'Aha' moment when you can see the light bulbs going off in your student's eyes," Martin says. "One of the greatest moments is when the class is really engaged and students get really excited that they're figuring things out," Prouty echoes. And that love for education and for students is what turns on a light bulb.