How the cancellation of spring sports affects student athletes

One major result of the COVID-19 (coronavirus) pandemic is the indefinite suspension of the sports world. All American sports leagues have been suspended, the long-awaited March Madness tournament was cancelled, and most spring athletes didn't get to sport their colors at all this year.

The transition from practice every day and being prepared for games to having no practices or games to worry about has been difficult for many student athletes. "Going from a full season ahead of us to not even being able to practice was pretty shocking, and definitely has been a major let down," junior lacrosse player John Audet said.

Not just school teams have been affected, but also club teams. The club season is crucial to many high school players who are building their skill set and gaining more attention for college recruiting. Many athletes now fear that without this club season, they won't be able to play in college. "Junior year is where you’re mostly getting looks, but hopefully, if things get better, the time lost will be made up in summer programs for recruitment," Audet said.

Missing out on a whole club season will make it hard for athletes to show off their skills. "It definitely takes a huge hit to my recruitment process because without film and stats, there’s nothing I can really send out to these college coaches," junior soccer player Liben Schmidt commented. 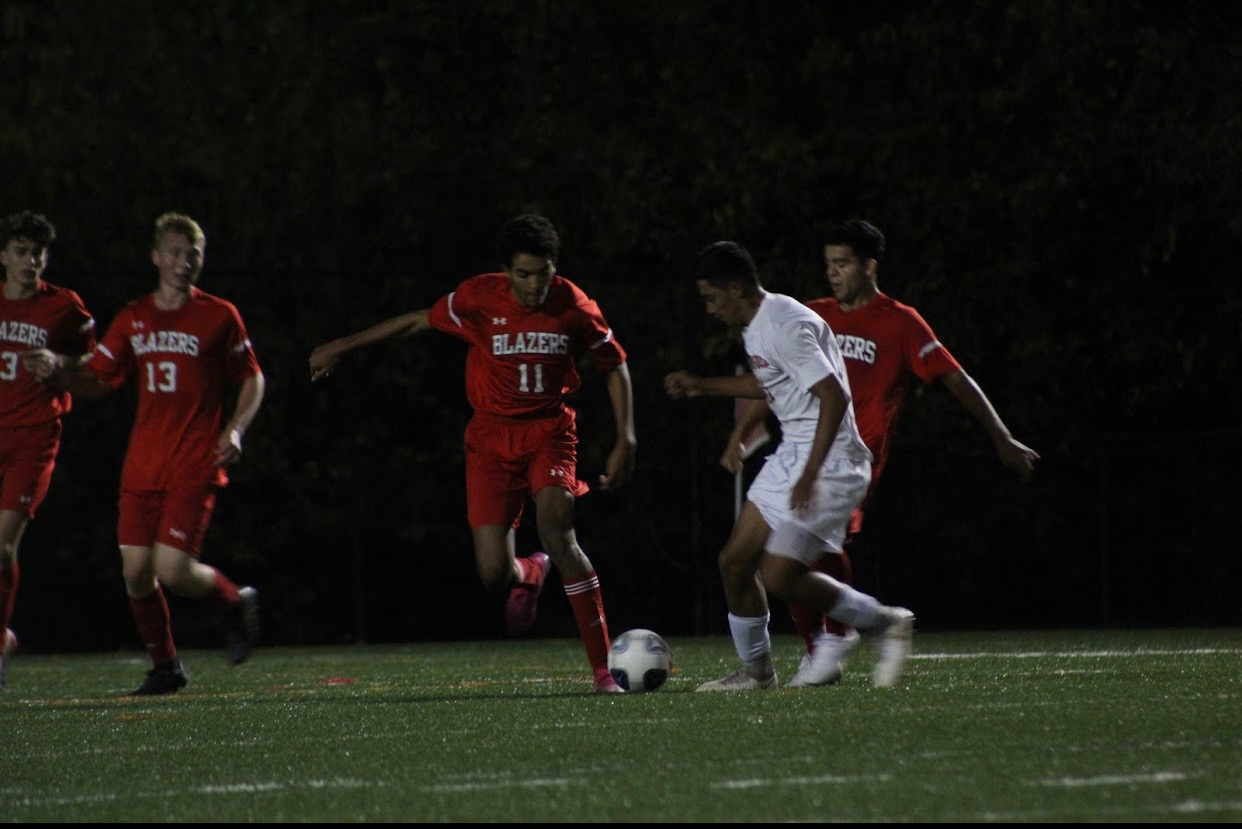 Photo: Missing out on the school or club seasons could mean a missed opportunity for most players

Photo: Missing out on the school or club seasons could mean a missed opportunity for most players

Senior student athletes are missing out on their last season as a Blazer and senior night. "It felt like my official way of saying goodbye to my high school volleyball career and now that I can’t, it’s horrible," senior volleyball player Mizan Arum said with sorrow.

Teams with high expectations for the season have had their hopes crushed. "I definitely had high expectations with a lot of the players being experienced and the chemistry was great, not getting to play with my seniors for their final season is pretty crushing," Audet said.

The season's cancellation was also devastating due to the fact that most teams didn't even get to play a single game. "It’s really hard for me to accept the fact that I will never play in Blair’s court again," Arum added.

As it isn't completely known when the virus will calm down or go away, the cancellation or abbreviation of the fall season is a possibility. "It’ll just mess up everyone's hopes and personally I think it could ruin some talented athletes' chances of obtaining really good offers," Schmidt said .

On April 28, the Maryland Public Secondary School Athletic Association (MPSSAA) officially announced the cancellation of any remaining sporting events for the 2019-20 school year. The teams that remained in the boys' and girls' basketball state playoffs were all awarded state semifinalist titles for the season.