HSA waivers could be extended

Waiver proposal has to pass Maryland State Board of Education

The proposal to extend the deadline for awarding Maryland High School Assessment (HSA) waivers for an additional year is to be passed in the State Board of Education meeting on March 23, according to Scott Pfeifer, the Director of Instructional Assessment for the Maryland State Department of Education (MSDE). 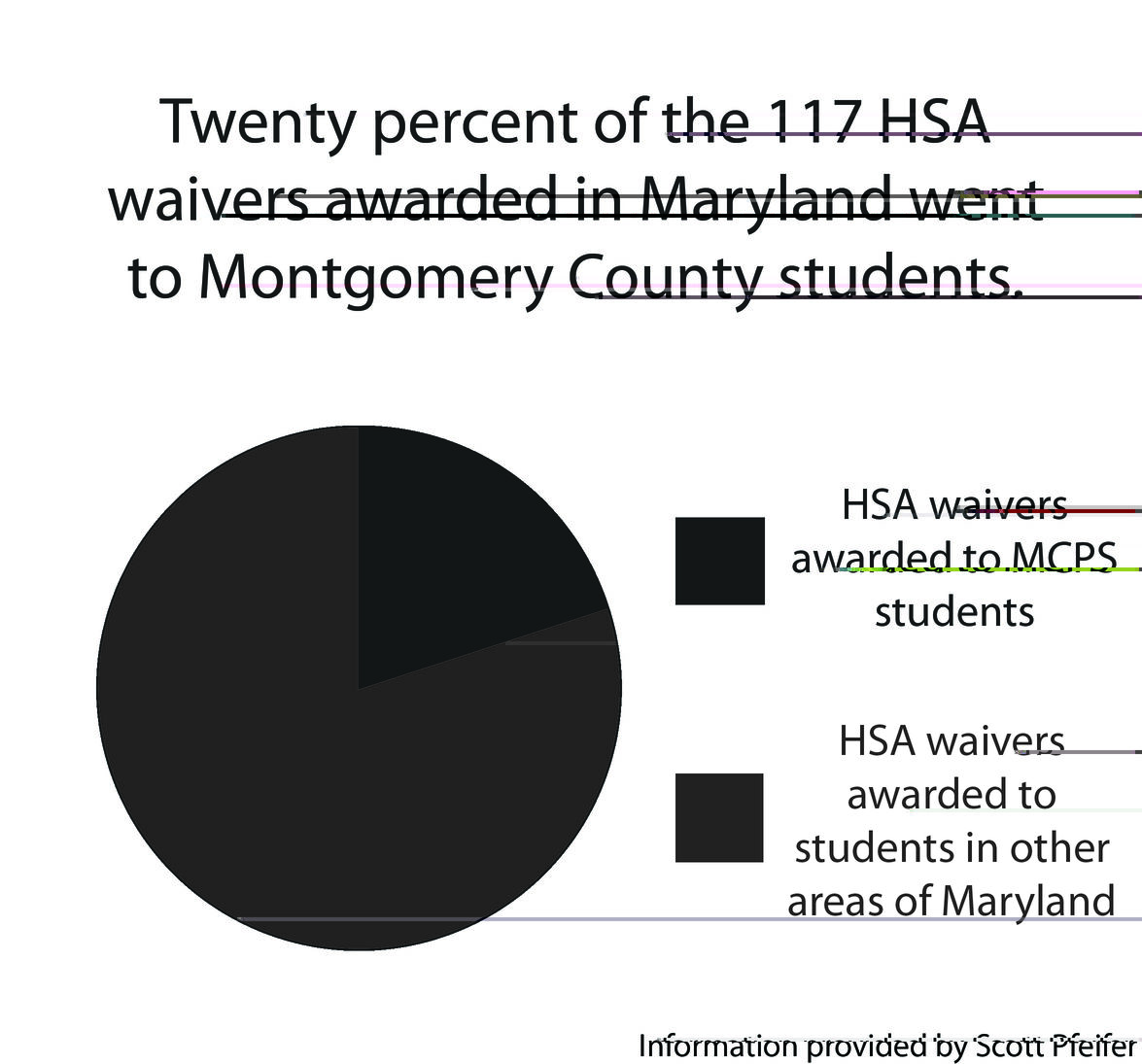 Photo:
Carol Blum, director of High School Instruction and Achievement in MCPS, said that the purpose of the waivers is to help students who have not passed all the required HSAs graduate high school on time. The waivers were initially designed to allow students whose schools districts did not provide the same education as other school districts to receive a high school diploma, Pfeifer said.

The practice of the HSA waivers was established in December 2008, shortly before passing all four HSAs (biology, algebra, government and English) became a Maryland state dipolma requirement for the class of 2009, according to a memorandum from the MSDE. "Since it's fairly new, students weren't on the same playing field," Pfeifer said. "The waivers make sure that that everyone gets an equal playing field."

According to Pfeifer, some provisions in the waiver regulation are to be extended for another three years. If schools didn't provide the necessary support, they are deemed as having offered inadequate intervention opportunities, and the students affected can be provided with waivers. According to Pfeifer, county superintendents determine whether adequate support has been provided.

The intention behind the waivers is to make sure that these students are able to graduate on time, Pfeifer said.

The majority of HSA waivers awarded in Maryland go to English for Speakers of Other Language (ESOL) students, according to Blum. "They are given to students who haven't learned academic English in time to take the tests," Blum said.

Last year, the first year that HSA waivers were implemented, most of the waivers went to ESOL or special education students, but those are not the only criteria for receiving a waiver, Pfeifer said. According to Blum, other reasons to receive an HSA waiver are more rare. She named house fires and the death of a family member as reasons that a student would be prevented from taking a test on time.

According to Pfeifer, some argue that handing out waivers to students may give them an unfair advantage over other students, but the waivers are primarily provided to students who were at a disadvantage that was beyond their control. "Less than one half of one percent of students needed a waiver," Pfeifer said.

Additionally, according to Blum, the waivers only serve as a free pass for the HSA exam. Students must still be able to meet other graduation requirements on their own, she said.
Last year, Montgomery County awarded about 105 waivers and around 500 waivers were awarded in the whole state, Pfeifer said. Montgomery County awarded about twenty percent of the HSA waivers while the rest of the waivers are mainly divided up between Baltimore City and Prince George's County, according to Pfeifer.