Humans of Blair: Driven to Serve

Junior Matthew Guerrera doesn't fit your typical artsy Communications Art Program (CAP) kid persona. After college, Guerrera dreams of being a trauma surgeon—someone who performs emergency surgery. In order to gain some experience in the medical field, Guerrera is training to become an Emergency Medical Technician (EMT). "It's like a lead into the field. In surgery everyone's already packaged up and ready [to operate], the EMTs cover them up and take care of the initial stages. So it's kind of cool to be the EMT now, see what you do at first, and then get more advanced into the surgery," Guerrera says.

Guerrera has only been taking EMT classes in Prince George's County since January, but he has been working at the Laurel Volunteer Fire Department since last October. All he had to do was sign up for the classes, but the work is no joke. He attends three classes a week: two three-hour classes on weekdays, and an eight-hour class every weekend. To pass the class, Guerrera has to complete ten different modules, each of which contain a different theme of the job, starting with basics about the human body. Some classes are all about packaging a patient while others are doing a full assessment of identifying the problem and prescribing a drug and reassessing. He also has to spend 160 hours solely in the classroom, which he expects to complete in June.

"I'll come home from class and do my medical homework before my school homework because it's a lot more interesting, it's up my alley, it's what I want to do," he says. 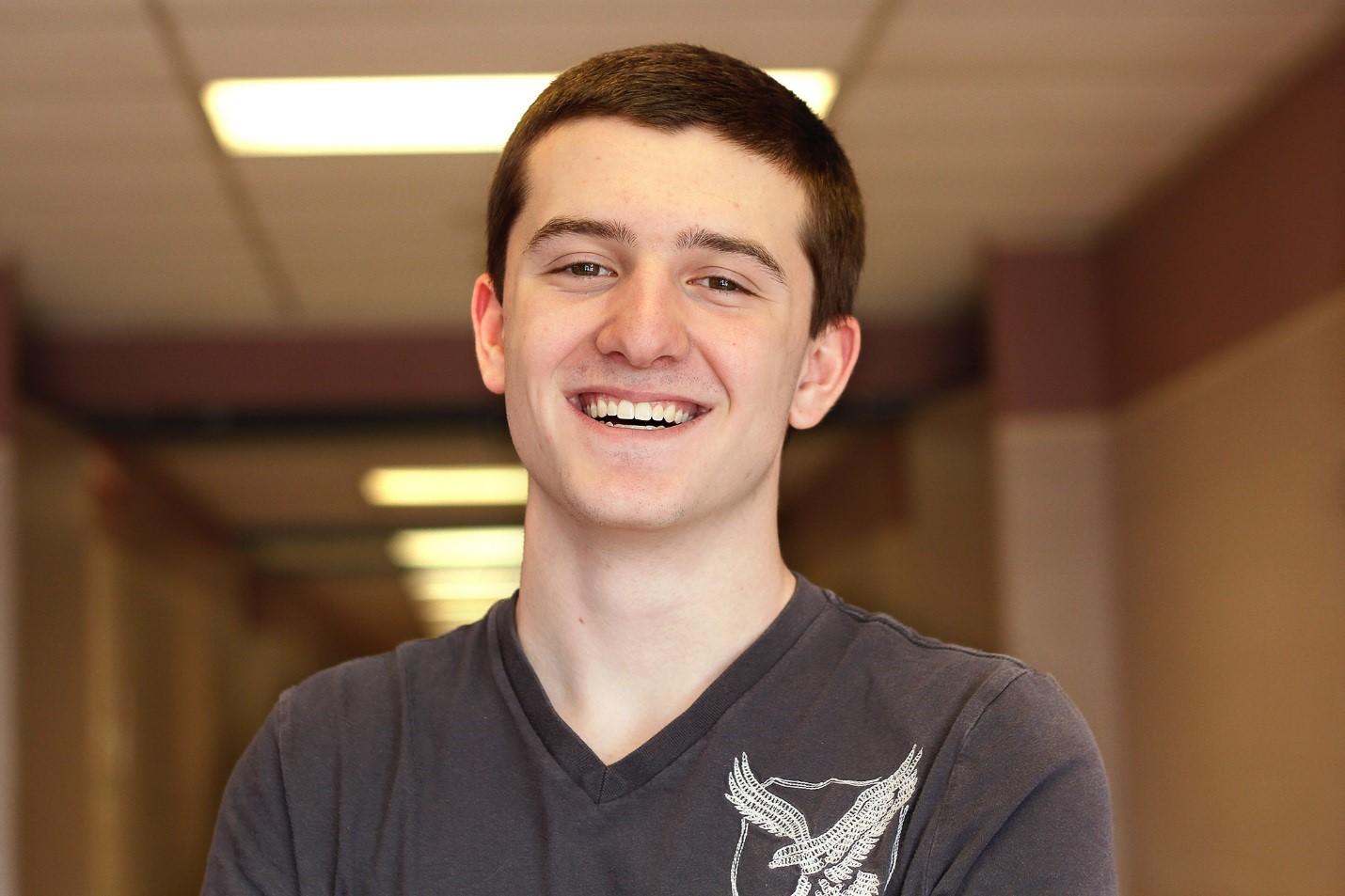 Photo: Despite all the hard work of training to be an EMT, Guerrera is full of smiles.

Photo: Despite all the hard work of training to be an EMT, Guerrera is full of smiles.

He became inspired to become involved in this line of work when he was in middle school. "I had an older friend join a firehouse, and ever since then I've been addicted," he says. "I've wanted to work in medicine for almost my whole life, and I've had a ton of exposure to it since my parents are a doctor and a nurse."

Guerrera has also begun his "ride-alongs," where he works as the third person in the ambulance. Guerrera has passed the first three modules, which enables him to take control with the patient in the ambulance. The other two EMTs stand by and only guide him if he needs help. Guerrera says he has responded to almost 20 emergency calls of basic medical responses. He's responded to people with the flu, people who've fallen down the stairs, car accidents, cardiac arrests, and been on suicide watch. Guerrera enjoys helping people in emergency situations, "So it's all pretty fun," he says nonchalantly.

Working as an EMT is a very serious job with little room for error. As a part of the class, he has learned specific steps to help people in the ambulance. When it comes to serious medical emergencies, it's important for Guerrera to remain composed and "just go through the steps," he says. "They make it really easy. The instructors beat into your head like a thousand times that you do this first, and you do that second."

Guerrera's most memorable ride-along instance wasn't anything bloody or traumatic; instead it was a girl who was having seizures for unknown reasons who turned out to be very close to Guerrera's age. Throughout the whole transport process to the hospital, Guerrera recalls her being friendly and awake, "but when the main EMT left to give the hospital her information, a minute later the girl started having these pretty bad seizures. I ended up moving her to a bed with some of the staff to make sure she didn't hurt herself and that it went smoothly once I left," Guerrera says.

The most eye-opening thing of that entire experience was realizing the depth of the responsibilities he has while on the job. "I'm responsible not only for older patients but kids that are my age, which is a really scary dynamic that most people don't have to deal with," Guerrera says.

To add to the stress of being an EMT, Guerrera juggles his training with schoolwork and varsity lacrosse. "Mondays and Wednesdays I do school, to lacrosse, to EMT class. Thursdays I do school to lacrosse, then I may go to the firehouse overnight, and I'll come to school after doing a whole night of calls. But if I don't go to sleep [at the firehouse] on Thursday, then I'll go to sleep [at the firehouse] on Friday, and go to class for eight hours afterwards on Saturday," Guerrera says.

On weeknights when Guerrera does go home, he doesn't start his homework until 10:30 or 11:30 depending on how long he has had to stay at the firehouse. "I really just don't get any sleep," he jokes.

Guerrera says the process of becoming an EMT has been a learning experience in many social aspects as well. "One of the best experiences has just been being around all the people at the firehouse," he says, talking about the wide array of people he's met in training. He says learning from and working with combat medics has also been one of the more enjoyable experiences. Combat medics are the EMTs who serve on the front lines of the battlefield in war. "It's all kind of crazy you're on the same level as them."

Once Guerrera finalizes his EMT training, he intends to jump into as much training as possible. He hopes to join a firefighting class this summer, and eventually become a full-fledged paramedic. In order to become a paramedic however, he has to pass the National Registry Exam, which he cannot take until he turns 18. "My overall goal is to practice Trauma surgery, but I don't think I'll ever stop on the volunteering side."

Once Guerrera graduates high school, he plans to continue to work as an EMT or firefighter, as well as further his education. At many universities , he says, "There is a live-in program that I could take advantage of where you live at the firehouse for free as long as you sleep in the station four nights a week."

Spending eight hours in an EMT training session is much better than spending a day in school for Guerrera. The training forces is no joke, and it has left him with almost no free time. But Guerrera has no regrets, and he enjoys every day of it.