Hyder is a fighter

Junior running for Student Member of the Board

There are deadlines, responsibilities, meetings and pressures. Organizing a rigorous campaign is just the beginning of it. Three years ago, current junior Andrew Hyder sat in class, eyes glued to the television screen as two candidates running for the Student Member of the Board outlined their respective platforms. Listening to high school hopefuls debate, Hyder knew he wanted in. 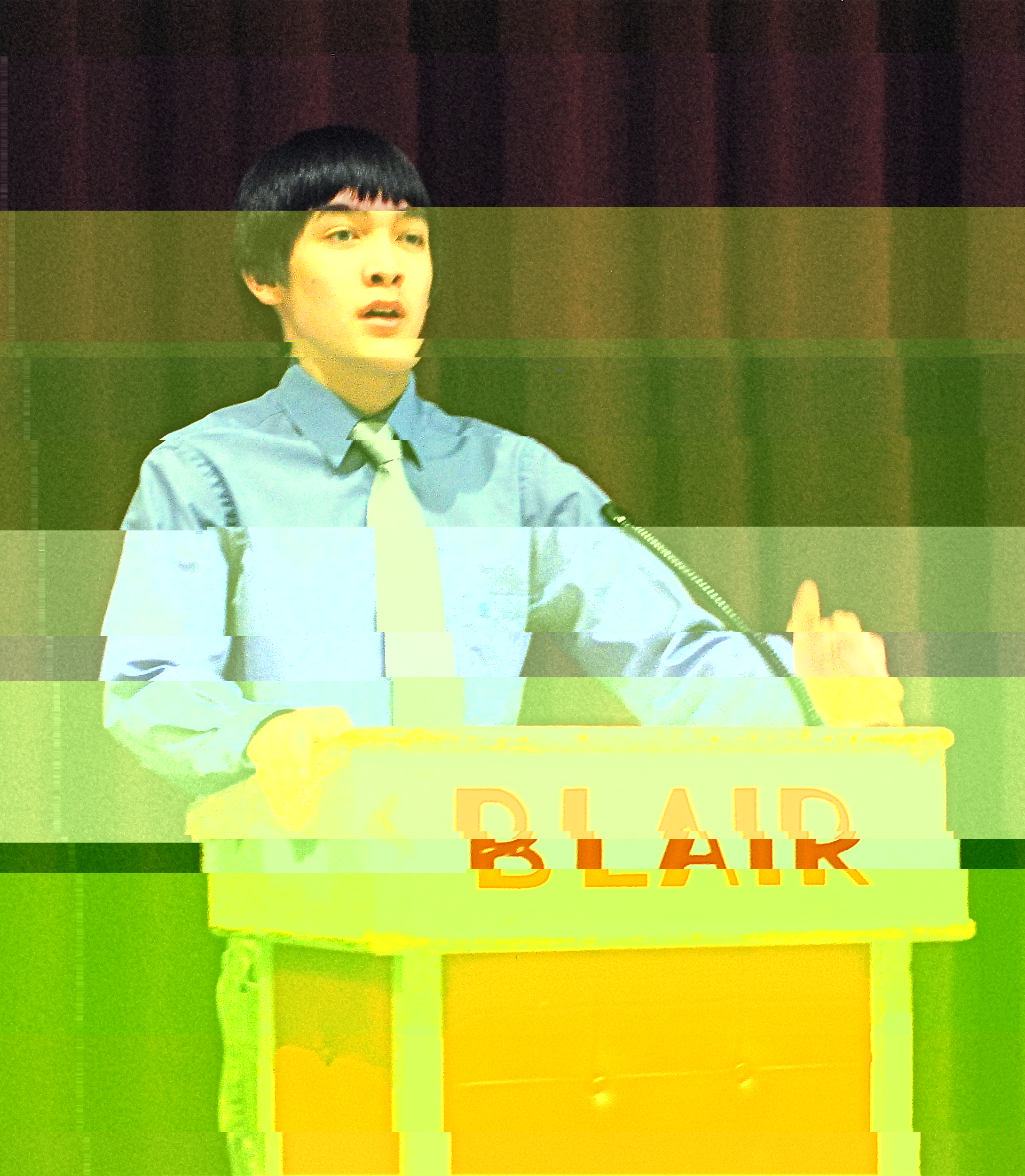 Photo: Junior Andrew Hyder is running for Student Member Of the Board.

Photo: Junior Andrew Hyder is running for Student Member Of the Board.

Montgomery County Public Schools (MCPS) in partnership with the Board of Education provides the unique opportunity every year for one MCPS sophomore or junior to run as the Student Member of the Board of Education (SMOB) for the following year. The SMOB is a public official, elected by the majority vote of students in both middle and high school. "This being the tenth-largest election in Maryland, the election process duplicates the adult election in almost every way - including using the integrity reports, the equipment, et cetera," explains Karen Crawford, MCPS Student Affairs Coordinator. According to MCPS, the SMOB has a vote on issues equal to those of the seven adult Board members including administrative appointments, policies, legislative platforms and appeals in quasi-judicial roles. The SMOB is exempt from voting on matters including budget, boundary changes and school closings.

While the main purpose of the SMOB is to accurately represent the student voice, he or she must also represent individual county residents. "I am running for SMOB because I am the candidate best able to bring our student voice to the table and be taken seriously by the rest of the Board," Hyder says, quoting his platform. "Being SMOB means a lot to me, and if I'm elected, any student is more than welcome to contact me with any concern."

In this year's 32nd election for the SMOB, five students, one each from Wootton, Paint Branch, Richard Montgomery, Einstein and Blair, declared their candidacy after submitting the SMOB application. "While I hope to represent the student voice as the SMOB for the 2009 - 2010 academic year, all five candidates are very competitive and very well qualified, " says Hyder.

Each of the five 2009 - 2010 SMOB candidates, after constructing their platforms, will attend a series of committee meetings throughout February and will participate in the Nominating Convention on March 5 at Blake High School, where the group will be narrowed down to two candidates. During the convention, each MCPS middle and high school will send one representative for every 200 students at the school to ask the five candidates questions and vote for the final two contenders.

Targeting the lack of transparency as MCPS's largest flaw, Hyder wants to hold the county more accountable for where the public's money is distributed. "For the SMOB to be taken seriously during these times of economic peril, their actions must be grounded in financial prudence," says Hyder. Although Hyder's campaign strongly backs providing driver's education courses in the curriculum, policies allowing cell phones in middle schools, A-A and AP exam exemption, continued funding for extracurricular activities and open lunches, his main focus is addressing MCPS's financial crisis. "The underlying problem in this [SMOB] election is how to handle the budget situation," Hyder says.

Hyder also hopes to preserve funding for programs like the Mark Twain School for students with special needs, reforming MCPS's Technology Modernization program and expanding the SMOB's voting rights to include budgetary issues. He opposes the Loss of Credit Policy, the erosion of funding for special programs in MCPS and random drug testing for athletes.

Although an eventful future looms, Hyder is upbeat and optimistic about the upcoming months. "It's a lot of work, and I fully acknowledge the amount of work ahead," Hyder explains. "Formalizing my platform and campaigning around all MCPS schools is just the start, but I believe I am ready and capable for this position."