"I Am" not too crazy in love with "Sasha Fierce"

Beyoncé's two-sided release is half gold, half flop

The world has seen much of Beyoncé's character through her climb to stardom and success. She led the record-breaking female group Destiny's Child and more recently acted in critically acclaimed movies like "Dreamgirls" and the upcoming "Cadillac Records." Still, she has more to reveal in a gentle and gracious record that introduces Sasha Fierce, her feisty and flamboyant alter ego. Beyoncé takes moderate risks in this much-awaited album, but fails to make "I Am…Sasha Fierce" a crowning production. 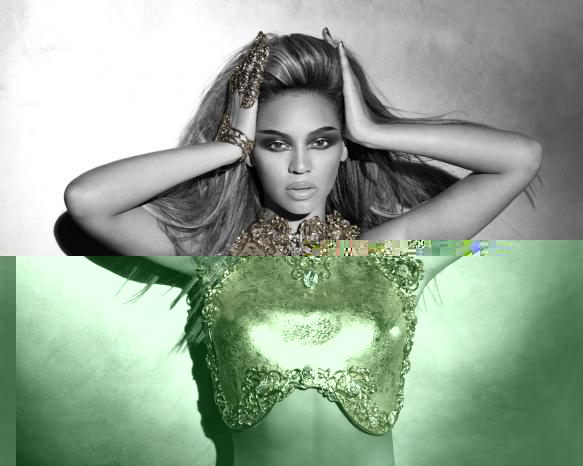 Beyoncé's newest solo project makes a definitive departure from the dance-themed tracks of her sophomore album "B'Day." The release is composed of two discs: "I Am" and "Sasha Fierce." The "I Am" side showcases a more mature Beyoncé full of daring ballads and a deeper emotional connection to her audience. However, the "Sasha Fierce" side of rock-infused melodies barely singles her out from the upbeat pop arena she's already covered.

Opening "I Am" with arguably her most moving and passionate ballad on this CD, Beyoncé gives a heartfelt performance in "If I Were a Boy," and displays her solid vocal range as she tells how she would treat a girl better if she stepped in a guy's shoes.

The next track, "Halo," is a drum-infused beat that Beyoncé covers with stylistic run-ons and harmonization. Her angelic tone floats over a rhythmic vibe and bass instruments. The evocative lyrics showcase a developed Beyoncé as well: "Feels like I've been awakened/Every rule I had you breaking/The risk that I'm taking/I'm never gonna shut you out."

Beyoncé then slows down the record with a soft pop track, "Disappear," backed by a guitar-laced melody and a sophisticated chorus ("I try to reach for you/I can almost feel you/You're nearly here/And then you disappear"). Beyoncé's melodious and soulful voice strengthens her evolving image as an artistic talent.

"I Am" features some of Beyoncé's best vocals, including a beautiful spin on "Ave Maria," though the refrain, sampling the classic, sounds somewhat awkward and unnatural. The acoustic style of "Broken-Hearted Girl" builds with delicate crescendos, almost mimicking an anthem as Beyoncé affirms she will not be afraid to take chances in love. However, the album ends sourly with "Satellites," a pitchy track with a dull chorus ("Cause/We're flashing by/Like satellites"), making Beyoncé's voice sound strained and forced.

Meanwhile, the CD's bold and brazen twin, "Sasha Fierce," begins with radio hit "Single Ladies (Put A Ring On It)," a chant of female empowerment - a theme we have come to expect from Beyoncé. Complete with a robotic beat, it recalls last year's "Get Me Bodied." The next song, "Radio," is catchy but equally unoriginal; the techno-pop song sounds like something Rihanna would have recorded on "Good Girl Gone Bad."

Beyoncé tries an unexpected female version of Lil' Wayne's "A Milli" in the heavy, meteoric flare of "Diva," in which she claims to be a "female version of a hustler." Yet it only borders the edginess of the rapper's summer hit and gives the impression Beyoncé is too desperate for a hard-core vibe.

Many of the tracks featured on "Sasha Fierce" expose a gritty Beyoncé, but her half-hearted attempts sound like poor quality, unbalanced material. "Sweet Dreams" stands out successfully as a club-ready beat, bringing out the fierceness of Sasha with an urban flare. But "Video Phone," like other songs on "Fierce," is a weak track that downplays Beyoncé's vocal range. A combination of needless grunts in the background paired with trivial lyrics ("Them hustlers keep on talkin'/They like the way I'm walkin' /You're sayin' that you want me/So press record I'll let you film me") make the track an easily forgettable eye-roller.

For the most part, "I Am…Sasha Fierce" is a daring deviation from the hip-hop orientation of Beyoncé's first album, "Dangerously in Love," and works well as a breakout point in her musical career. Still, the two-disc album is not creatively crafted and should have been filtered down. At the very least, the double record could have included a removal or refinement of some of the immature songs on the "Sasha Fierce" side that sound unpolished and lyrically trite.

Luckily, the ballads on "I Am" display Beyoncé's exceptional vocal dexterity and willingness to deviate from typical manufactured radio jams. Guaranteed to shock and satisfy die-hard Beyoncé fans, "I Am… Sasha Fierce" contains two clear genres in which Beyoncé excels, but needs more strength and vitality to become a master.