I am the only girl on the wrestling team

My mom used to love telling people that I was the only girl on Blair's wrestling team. She said that their eyes would light up, and they would exclaim "how cool" or "what a tough girl!" What my mom never mentioned was that I sucked. But that was never the point.

Wrestling has been a passion of mine since I was nine years old. I practiced Jiu-Jitsu and Thai boxing at a gym in D.C. When I entered high school, I found out about Blair's wrestling team. I went to a couple of pre-season open-mat practices and quickly decided to join the team.

Before the season had started, no other girls had joined the team or even gone to pre-season workouts. This didn't worry me though; I had high hopes that more girls would join once the season got rolling. After all, that's what all the boys were telling me. "I've recruited like three girls already," one boy told me. 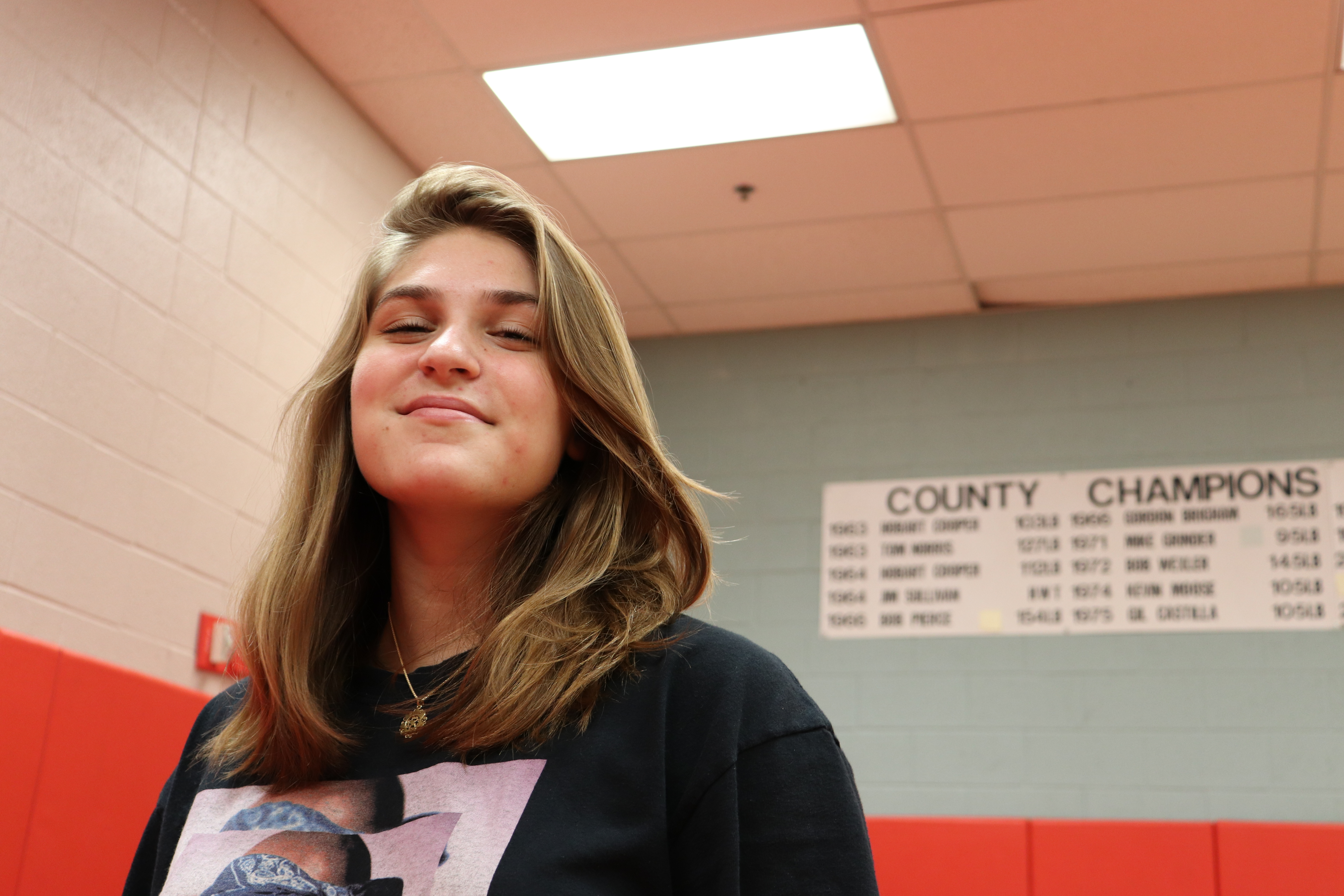 Photo: The trials and triumphs of a girl on an all-boys team

Photo: The trials and triumphs of a girl on an all-boys team

When the season started, however, I learned I was the only girl on the team. I was discouraged at first, but then I realized that it only gave me more of a reason to stay on the team: to prove a point to myself and the community. Someone had to be the first girl on the team.

This is the mindset that has motivated me through the entire season. However, I never anticipated how challenging it would be to actually prove this point.

For the first two weeks of practice, I was always partnered with the "odd man out," partly because I was a girl, but also because I was terrible at wrestling. Turns out that Jiu-Jitsu wrestling is drastically different from American wrestling. Eventually, I found a regular partner who taught me important wrestling skills that I used in almost every match thereafter.

Although practices gradually improved, competitions were always challenging. I couldn't help but notice that whenever my teammates learned that they were set to wrestle a girl, they would drop their heads in disappointment as the other boys teased them. I felt safe assuming that boys on the other teams did the same when they saw my name on the roster.

When it came down to the actual wrestling match, it wasn't a matter of winning for me. Every time I stepped out onto the mat, I knew with absolute certainty that I was going to get pinned. So, I made a new goal for myself. I call it the "wait out the clock" strategy. I’d spend those six minutes of the match trying to stay on my feet while occasionally making moves for points. Being able to avoid instantaneous defeat helped me preserve some sense of pride.

The best thing I learned from being on the wrestling team was how absolutely terrific girls are. At away matches, I often met girls on other teams and instantly became friends with them. We had the same inside jokes, and they often gave me great tips on how to win against boys. Better still, the support I've gotten from other girls at Blair has blown me away. More girls than I can count have stopped me in the halls to say "you're such an inspiration" and "you're so brave."

In the end, I've stayed true to my intention to do whatever the boys could do. I stuck out the season with zero wins but a deeply held sense of what I am capable of. And that was always the point.