ICARE about helping people with cancer

ICARE is a non-profit organization that, according to its website, "supports cutting edge cancer research and provides high quality, focused, user-friendly cancer information to each patient as well as their physicians on an ongoing personalized basis." ICARE helps link doctors, patients and researchers to make sure that each party is aware of all therapy options and to help researchers get feedback and support. It also supports clinical trials and research.

Blair's chapter, under the leadership of co-presidents sophomore Aleksandra Dagunts and juniors Stephanie Rager and Brenda Wu, works with the chairman of ICARE, Dr. W. David Hankins, to organize community fundraisers. These fundraisers not only support ICARE but also help to spread awareness of cancer to the Blair community. When the members are not planning events to raise money, they're learning more about new cancer treatments. "Dr Hankins will come in and talk about research going on in cancer, or he'll mention an interesting TED talk," Rager explains. The most recent TED talk they watched was one by Deborah Rhodes, who talked about a more accurate imaging technique for detecting breast cancer. 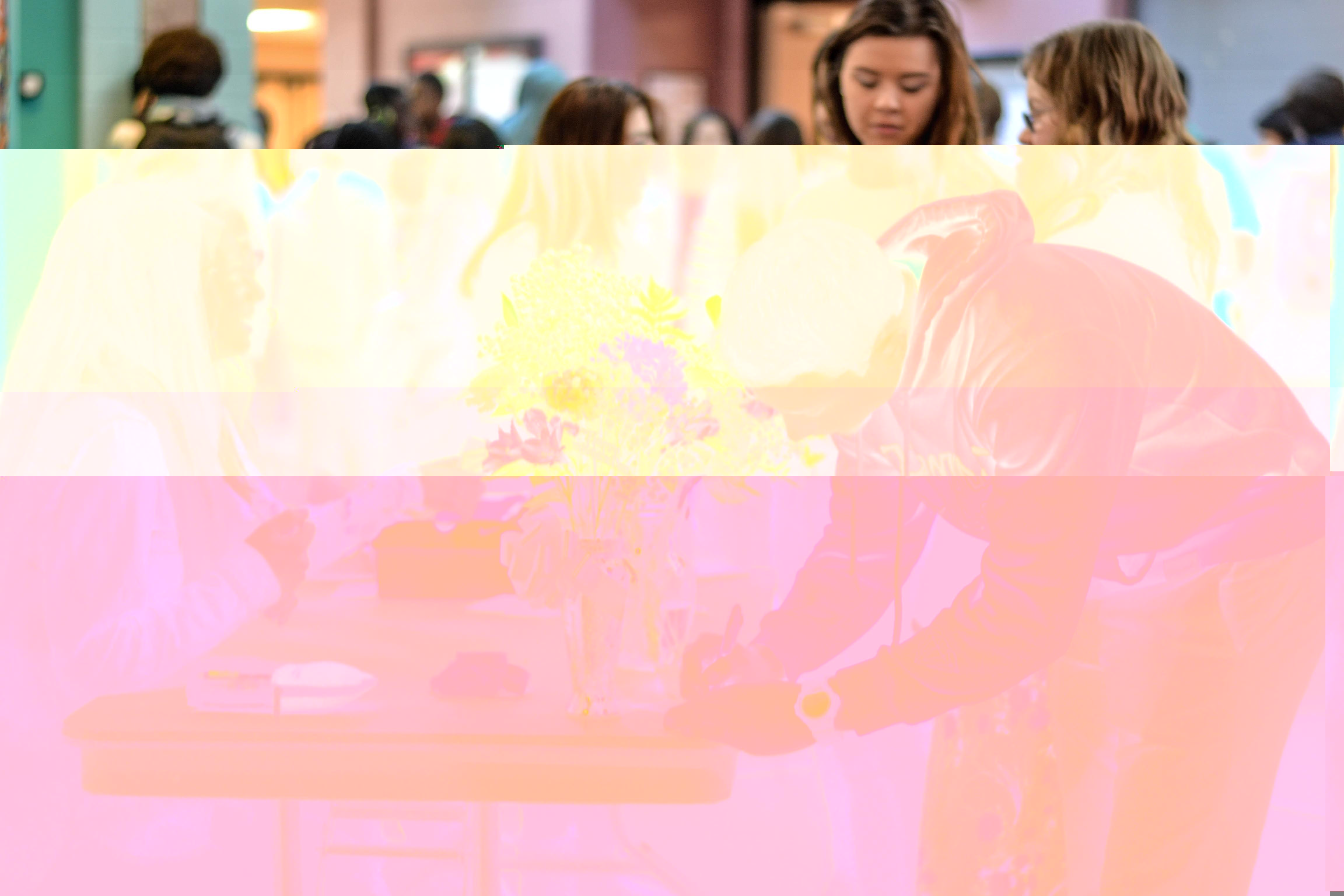 The club first started when Ralph Bunday, a former Blair teacher, met Hankins. It stopped for a few years before then-sophomore Rebecca He approached magnet teacher Angelique Bosse with the idea of restarting the club again in 2010.

Last year, ICARE had a few problems. After officer elections, the old presidents stopped holding meetings and the club ground to a halt, with many members dropping out. "It set us back a bit. We had to basically restart the club and had to do some advertising to get membership back up again," Wu reveals. ICARE ran into a different problem when Bosse was unable to continue sponsoring the club due to other commitments. Luckily, biology teacher Desiree Balla stepped up as sponsor. "She's been good about helping us and is enthusiastic about the club," Rager explains. Balla is happy to sponsor the club especially since she now has more time. "I was open to it because my kids aren't little anymore. The girls presented it to me and it's a fantastic cause and their motivation makes me really excited," Balla says eagerly.

Wu enjoys being in the club because she likes helping people. "It's nice to know that you're helping a cause that especially affects a lot of people. The way the economy is, a lot of money has been cut from research. It's also something fun to do at school," Wu says. Rager agrees. "It's fun to plan things. It's also really fulfilling raising money for a creative charity," she adds.

Over the years, besides organizing fundraisers, ICARE has taken several trips to learn more about cancer research. In January 2012, ICARE members went to the National Institute of Health's (NIH) National Cancer Institute (NCI), where they took a tour and learned more about the research NCI does. Last year, they also went to the American Association for Cancer Research's (AACR) annual high school convention, where they got to network with researchers from all over the country. "Stephanie and I talked to a researcher from California, which was really cool," Wu says. In addition, they listened to presentations from a patient advocate, a researcher and someone at AACR. They also walked through a poster session where research companies presented their technology and scientists talked about their research.

They also got involved in an ICARE project with a liver cancer patient. The patient, who has a rare form of cancer, contacted ICARE to request they put together a team to help her find treatments. Blair's ICARE chapter helped by fundraising for the team and learning more about the patients illness. They haven't done anything recently for the patient, but they still keep up-to-date on what's happening in the project.

This year, ICARE has sold wristbands and baked goods to raise a total of around $270. Right now, they are collaborating with the Horticulture class to sell flowergrams during lunch from February 3 to 13 for Valentine's Day. "It's really nice [to work with horticulture] because they took care of actually buying the flowers. They're also doing the arrangements," Rager says. In March, they will hold Pennies for Patients.

Next year, the presidents hope to undertake more projects than they did this year, since they only did two first semester. Rager also hopes to start public service announcements on Infoflow about cancer prevention and cancer detection to help raise awareness.

Currently, ICARE is a very small club and are really looking to increase membership. It's a great way to have fun while raising money that goes toward a beneficial cause.