The Blair ice hockey team (5-5) out-played Bethesda-Chevy Chase (3-5) Wednesday night, defeating the Barons 8-3 in Blair's last home game of the regular season. The victory was especially important for the Blazers because it kept them in the running for one of four league playoff spots, a goal Blair last achieved six years ago. 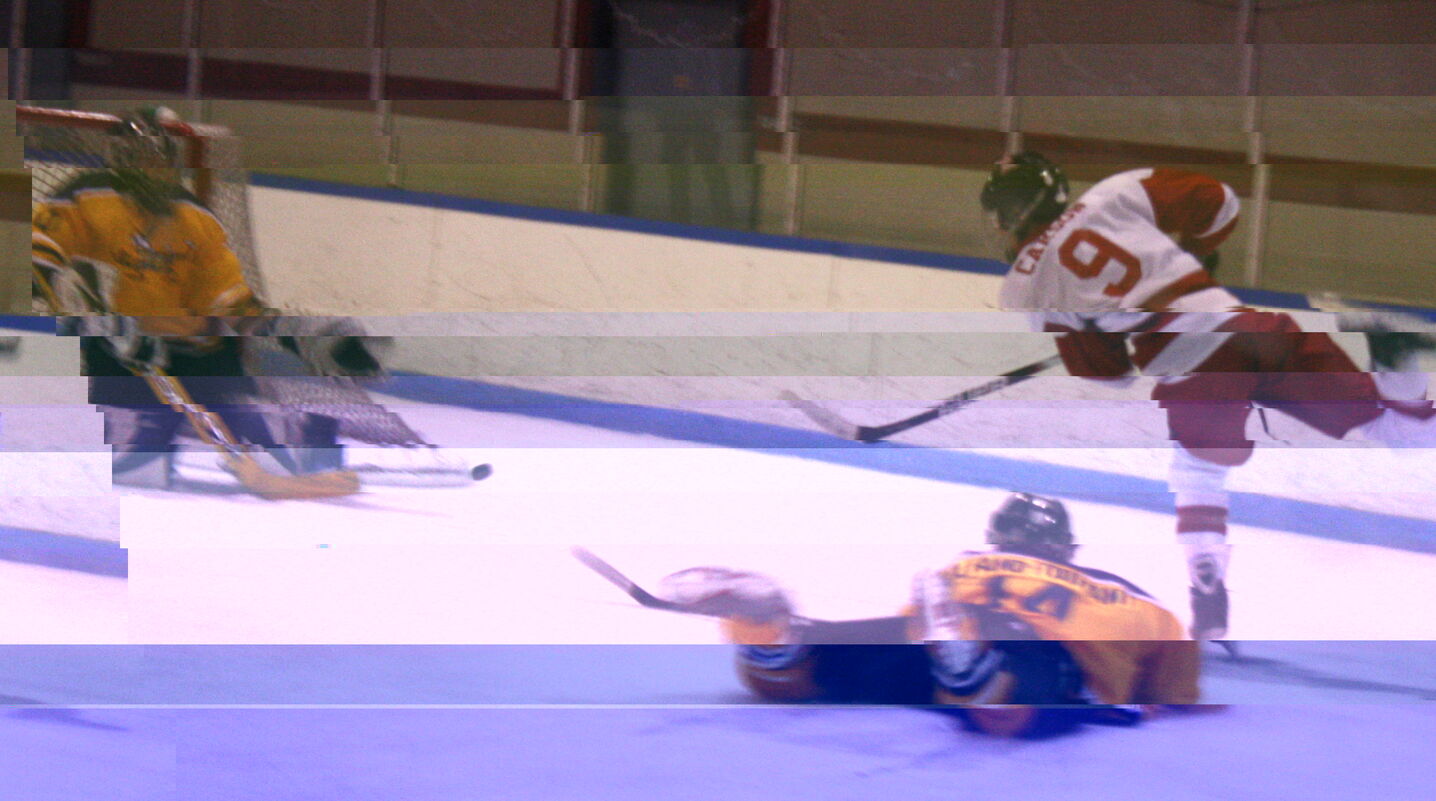 Photo: Freshman Rudy Carson manages to maneuver around a defender and shoots.

Photo: Freshman Rudy Carson manages to maneuver around a defender and shoots.

Blair made a successful collaborative effort on the ice, as many players scored in what senior Max Pollacco deemed the best game of the season. After leaping to an early 2-0 lead about six minutes into the game, Blair rode a wave of momentum through all three periods. Freshman Rudy Carson scored two goals in the third period to seal the victory.

Carson scored Blair's final goal off an assist from junior Peirce Marston, as Blazer fans shouted "V-I-C-T-O-R-Y" from the stands. B-CC came back to score once more with 24 seconds left in the game, but the win still felt sweet to the Blazers, who piled on one another in a group hug after the game.

Carson said that watching his fellow teammates gave him the inspiration to slam the puck past the Baron goalie late in the game. "It all started in practice, when I saw [sophomore] Willie [Banwell] taking a couple of slapshots and I just tried to imitate him," he said. "And I got one from the red line."

Blazer coach Kevin McCabe attributed the win to his players' motivation and ability to build momentum throughout the game. He specifically cited Blair's success in scoring goals off B-CC turnarounds and errors. "We were real good tonight at capitalizing on B-CC's mistakes," he said. "I thought we played a very good transition game." 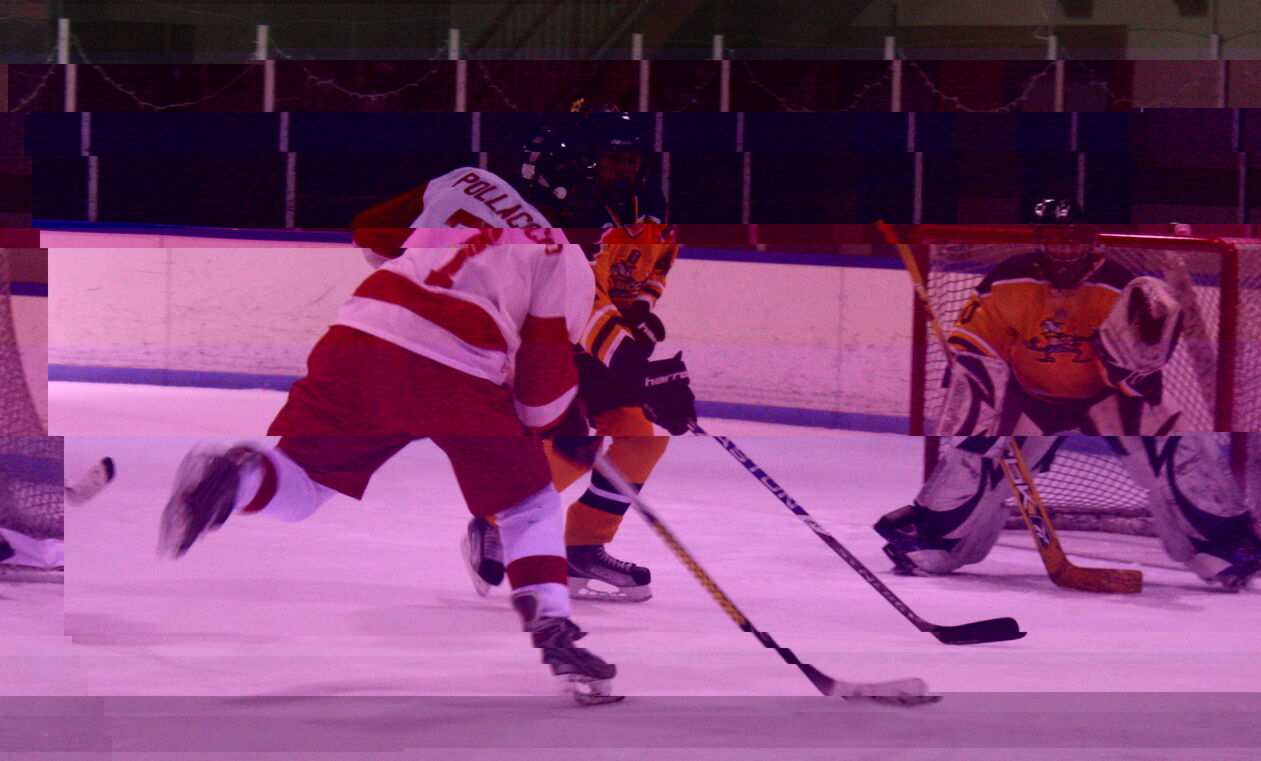 Photo: Senior Max Pollacco tries to find an opening to shoot a goal.

Photo: Senior Max Pollacco tries to find an opening to shoot a goal.

Although B-CC maintained serious offensive pressure for most of the game, freshman Blair goalie Michel Devynck and the Barons' inability to finish drives prevented B-CC from closing the scoring gap. Blair's defenders, particularly senior Logan Schwebel and sophomore Alex Stewart, consistently kept the puck clear of the Blair net, despite some difficulties icing the puck early in the third period. Devynck pounced on a number of difficult close-range shots and anchored Blair's sturdy defense.

Devynck said he concentrated on reaching the puck and staying involved with the game, especially when Barons mobbed around the Blair goal. "I just kept my head focused in the game. I had energy; I wasn't laid-back," he said. "I don't really care about the other players in front of me. I just try to get to the puck."

Pollacco, Carson and senior Jens Josephs led Blair's offensive assault, breaking through a strong B-CC line to knock the puck past the Baron goalie repeatedly. After scoring on a rebound off one of Pollacco's shots, Josephs said he felt proud to propel Blair further ahead. "I was happy," he said. "I forgot what the score was, but it brought us ahead by even more, so I definitely felt that we could win." 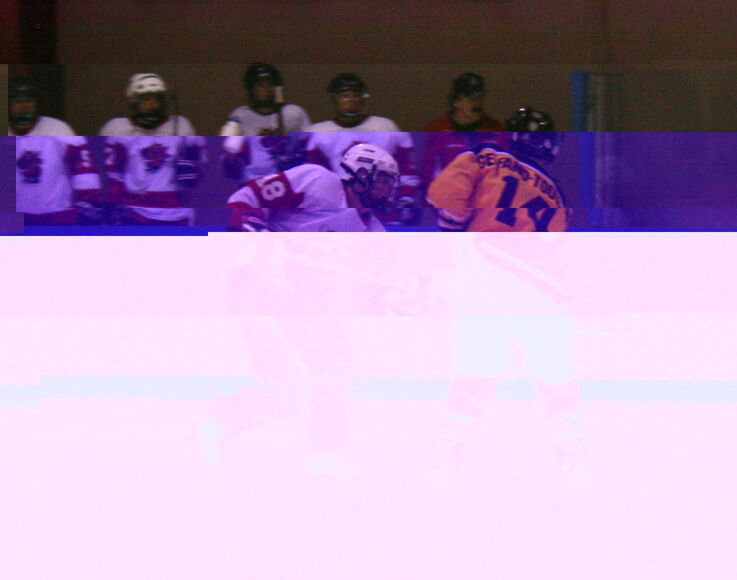 McCabe said Pollacco's strong impetus to help his team allowed him to power through an injured shoulder and score twice. "Max is an emotional kind of guy," McCabe said. "He knew the game was important. He would have had to have a hinge in his shoulder not to play."

McCabe was proud of his entire team's effort, including that of players who did not score. "I thought [seniors] Jeremy Horn, Samir [Hazboun] and Andrew Tran played a very good game," he said.

Looking forward, Blair now has a chance to achieve a playoff slot, especially if Walter Johnson loses to Walt Whitman in an upcoming game. "We have to win the next game and then, depending on the outcome of what Walter Johnson does, it may go into some silly formula," McCabe said. But despite the result, McCabe was pleased nonetheless. "If by some quirk of faith, we don't get into the playoffs," McCabe told his players, "we still had a really good season."

The boys' ice hockey team plays their next game against James Hubert Blake on Jan. 29 at 5:05 p.m. at the Rockville Ice Arena.