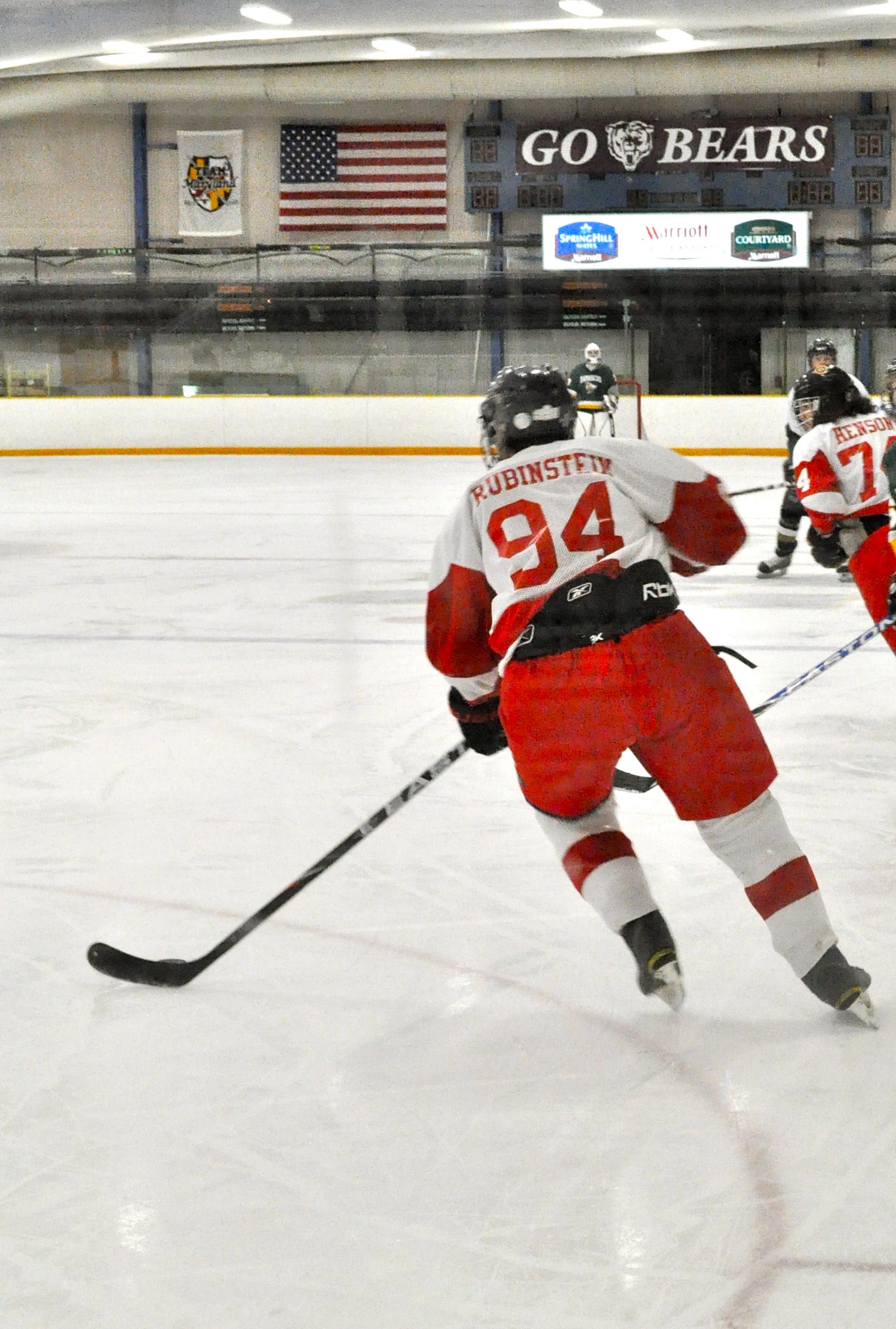 The Blair ice hockey team (8-3) defeated the Blake Bengals (0-10) 5-0, in a game marked by some inconsistent playing and a less than desirable amount of teamwork from the Blazers. It was Blair's last regular season game, and junior goalie Michel Devynck's third shutout in four games.

The Blazers had a slow start; the first period was scoreless although Blair outshot Blake 16-4. Coach Kevin McCabe attributed part of this to excellent play by Blake's goaltender, senior Cross Klemko, and part of it to his team's attitude. "Blake's goalie played exceptionally well," McCabe said. "We're the first place team, they're the last place team and our guys decided all they had to do was show up."

Blair scored a fair amount of goals, but some teamwork issues kept most of Blair's breakaways from succeeding. Rubinstein attributed this to Blair's mentality during the game. "The team showed up physically, but mentally we didn't come ready for the game and that was reflected in the lack of team play," he said.

This game was Blair's Senior Night, and the team recognized its four seniors: Henson, Daniel Friedman, Alex Stewart and Willie Banwell, who was unable to play due to a separated shoulder.

"They've all had a great season and put in a lot of effort," Devynck said of the seniors. Rubinstein agreed. "The seniors on the team this year were great teammates to be able to look up to and learn from," he said.

With the regular season behind them, the Blazers are now focusing on Tuesday's playoff game against Richard Montgomery. According to McCabe, Blair is going to have to step up their intensity for the game. "We're playing a good team on Tuesday night. If we're not ready, it's not going to be pretty," he said.

"Richard Montgomery is going to come out hard against us and we need to be ready for that by being mentally prepared," he said.

The Blair ice hockey team will play its first playoff game against Richard Montgomery at the Wheaton Ice Arena on Tuesday, Feb. 14 at 5:15 p.m.