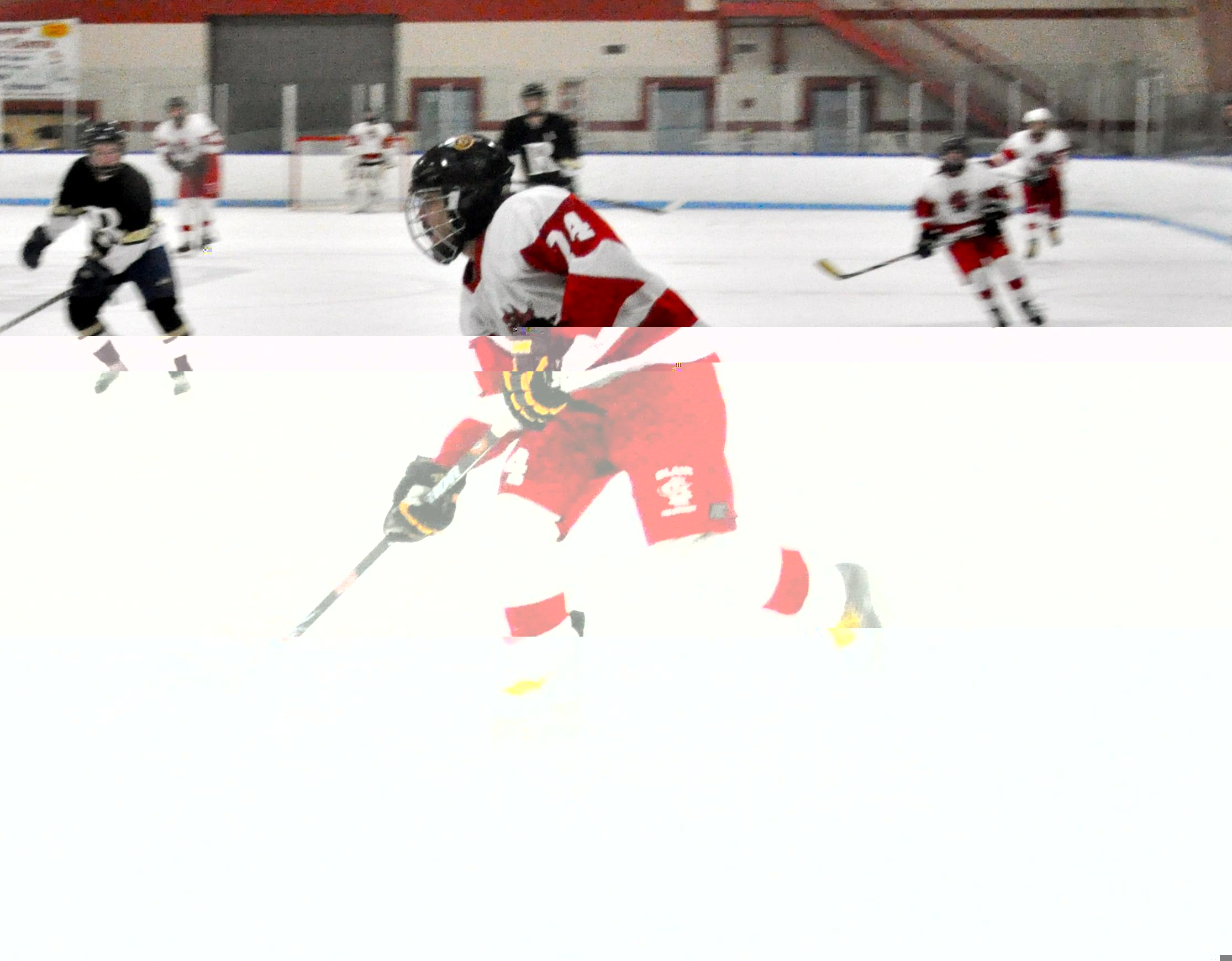 Photo: The Blazers won 6-1 in their playoff matchup with Richard Montgomery. Ice hockey's next game will be on Feb. 24.

Photo: The Blazers won 6-1 in their playoff matchup with Richard Montgomery. Ice hockey's next game will be on Feb. 24. Photo courtesy of Emma Lansworth.

Blair ice hockey (12-3) defeated the Richard Montgomery (RM) Rockets on Tuesday night by a final score of 6-1. In a game characterized by strong goalkeeping, intense defense and enthusiastic fans, the Blazers won their first playoff by a wide margin.

The Blazers jumped out to an early lead thanks to a goal by senior forward Dan Friedman. Northwood senior forward Ryan Henson and freshman forward Max Kronstadt solidified the lead with two more goals before the end of the period.

The second period was slower paced, with a goal by junior captain Rudy Carson and Kronstadt towards the end of the period. Though they attempted several shots, RM was unable to convert any goals over the first two periods due to junior goalie Michel Devynck's forceful goalkeeping. Coach Kevin McCabe believes that the team's drive helped them defeat the Rockets. "Our intensity was far better," he said. "For whatever reason, the other team was lackadaisical."

The third period started off with Blair's sixth goal, courtesy of Henson. According to Carson, the team started to ease up towards the end of the game. "We slowed down during the third period once we got ahead," he said.

Over the course of the game, Carson received a penalty and freshman defender Sebastian Rubinstein received two. Despite the penalties, McCabe thinks the team managed to remain composed. "They just showed better discipline towards the end," he said.

The Blazers' success in their first playoff game sets high expectations for their next game. "We've got to come out ready, get shots and keep scoring," Carson said. McCabe shared a similar thought. "Hopefully we can channel the same intensity of today," he said. "We've got to come to the rink prepared."

Blair ice hockey will play its next playoff game on Feb. 24.