Edwards' actions prove to be legal

The Department of Justice announced last Wednesday that former presidential and vice-presidential candidate John Edwards will not be retried on corruption charges. On May 31, Edwards was acquitted of one count of accepting illegal campaign contributions, while the judge declared a mistrial on the five other charges of misusing campaign donations. The six-week trial centered on what Edwards knew about the $1 million in donations used to hide an extramarital affair during his campaign for the 2008 Democratic presidential nomination. 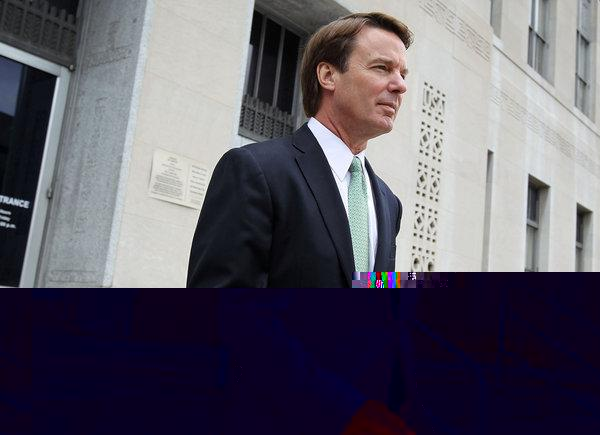 Photo: The Department of Justice announced Edwards will not be retried on corruption charges.

Photo: The Department of Justice announced Edwards will not be retried on corruption charges.

Edwards and former campaign videographer Rielle Hunter began an affair in 2006. In 2007, the National Enquirer reported the ongoing affair, but their claims did not initially receive widespread attention. Rumors soon reappeared after Edwards dropped out of the 2008 presidential race. One month later, Andrew Young, one of Edwards's aides, claimed paternity of Hunter's child and helped hide Hunter in order to protect Edwards. The main debate of the trial was whether the money used to support the effort to hide the affair was legal or not.

Although Edwards was acquitted in the court of law, he was found guilty in the court of public opinion. Edwards' affair with Hunter was unethical, and it looked especially egregious because his wife had been battling breast cancer while the affair was going on. However, this case was not about the ethics of the scandal, but rather the technicalities of federal election law.

In regards to whether Edwards had accepted illegal contributions, he claimed he was unaware of Fred Baron, Edwards's campaign finance chairman, and Rachel Mellon's, heiress and strong supporter of Edwards's presidential campaign, early $1 million donation.

Even if Edwards did have information about the money, the donation would still have been legal because it was not a campaign contribution. The money's designated use was to hide the affair from Edwards's wife, not the public. Since the money did not qualify as a contribution, it should have been reported explicitly as a campaign donation. Although campaign spending is highly subjective, Scott Thomas, a former chairman of the Federal Election Commission, believed there was no legal obligation for Edwards to claim the money as a campaign contribution., rather than a donation.

Edwards and the defense attorney argued that the expenditures were used for private purposes, while the prosecution believed the money was used to help his campaign. In order to hide the affair, much of the donations went towards fulfilling Hunter and Young's personal needs. Spending the money on Hunter did not violate any election laws because the money went towards private purposes. While Edwards was distracted by the 2008 presidential race, Young aided him in covering the affair. In return, Edwards gave a portion of the donations to Young as well. Despite the corruption of the blackmailing scandal, none of the money went directly to Edwards' campaign. Therefore, Edwards' campaign finances were entirely legal. 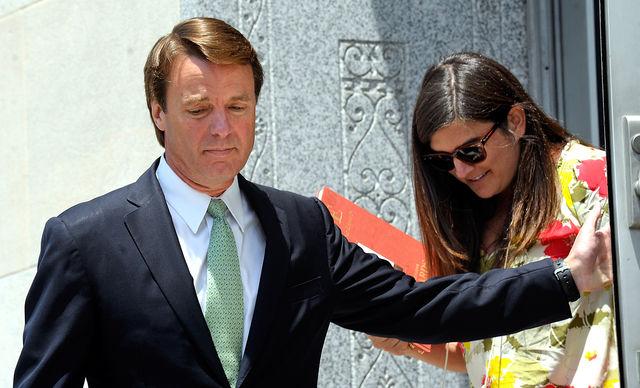 Photo: Edwards was acquitted of one count of accepting illegal campaign contributions, while a judge declared mistrial on five others.

Photo: Edwards was acquitted of one count of accepting illegal campaign contributions, while a judge declared mistrial on five others.

During the trial, the prosecution had many holes in their argument and failed to meet their burden of proof. Their argument consisted mainly of details of the affair, while information on election law was limited. The prosecution failed to even present testimony of key individuals involved in the case. Neither Edwards nor Hunter were brought to testify. Mellon could not testify due to health reasons, and Baron and Elizabeth Edwards are both deceased. The prosecution's testimony relied heavily on Young. However, Young's inconsistency in statements and bank records, which showed the large amount of money he and his wife siphoned from Edwards' donations, weakened his credibility.

This case should not have been brought to trial due to the ambiguity of the campaign finance law. The prosecutors were arguing a combination of vague laws and an affair that occurred six years ago to accuse a former presidential candidate with little prospect of being highly politically active anytime soon. Edwards has mentioned that he has been and will continue spending much of his time with his family.

The prosecutors focused much of the trial arguing the ethics with drawn out detail of the affair and not enough on the legal matter at hand.

Edwards's cheating on his wife while she was in dire health was wrong and has already brought public shame upon the former candidate. But the legal court cannot judge on whether Edwards' actions were ethically right -- its duty is to uphold the law.