Impact players to look out for this fall season

Blazers looking to make an impression this season

With the fall sports season coming into swing Blazers are looking to make this season a memorable one. They have worked hard over the summer and they are looking to improve on aspects of their games from last year. Members of each team selected three athletes to look out for this season. Here is what they came up with:

Football
Walter Blanco: A senior this year and a defensive end, this is Walter Blanco's last chance to help the team achieve greater heights than before. "Walter has natural explosion," teammate Eric Kalala said.
Yonis Blanco: A junior and the younger brother of senior Walter Blanco, Yonis Blanco plays key positions on the team and is a vital cog to the team. "Yonis has amazing athletic ability and is a great learner," junior Braden Rose said.
Edwin Buruca-Ramos: Another senior and a captain, Buruca-Ramos has impressed his teammates with his hard work during the offseason and is expected to have a great year. "Edwin leads by example, he doesn't need to talk," junior Matiyas Ganoro said.

Field Hockey
Susannah Merrill: Field hockey team members expect senior and three year varsity player Merrill to have a great season. "Susannah is a really good defender," senior Ruby Taylor said.
Allison Chen: Senior Allison Chen is an important player and could have a breakout fall. "Allison has good stick skills and a good field sense," teammate Erin Nolan said.
Jenna Kanner: Senior captain Kanner is expected to act as an anchor and help the team achieve its goals for the season. "Jenna is just amazing and is a very good captain. She is a strong athlete," Taylor said.

Girls' Soccer
Delia Trimble: A senior who has committed to play at Temple University, Trimble looks to contribute to the team this year in a big way. "Delia always has great passes and an excellent view of the field," teammate Amanda Flores said.
Jessica Demouy: As a senior and heading into her fourth year on varsity, Demouy is expected to continue improving and to help her team. "She can control the game," teammate Taylor Bosse said.
Sadie Isakower: Another senior, Isakower is a goalie who is expecting to help the team between the sticks and anchor the defense. "Sadie is a great goalie," Bosse said. 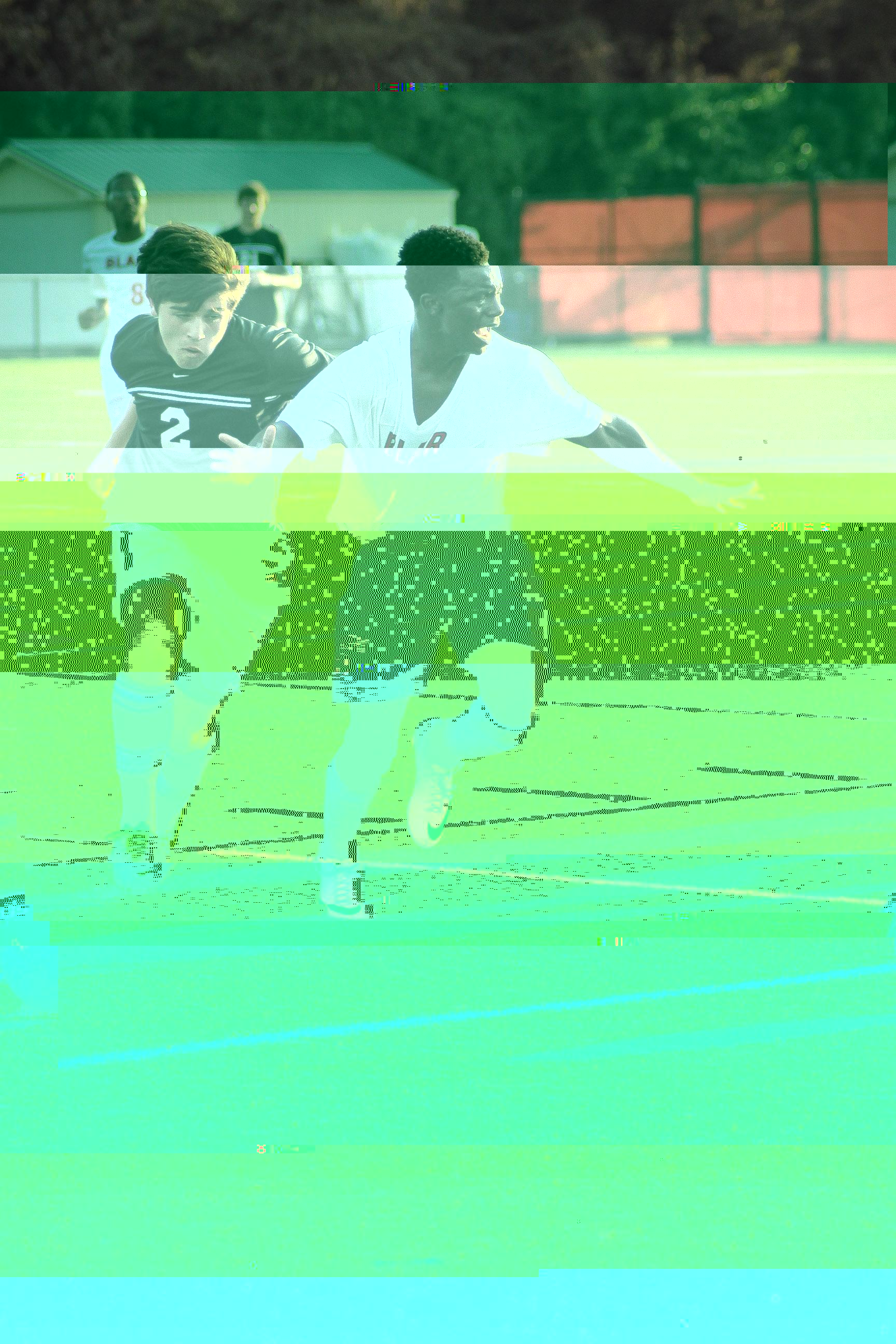 Donald is the man

Photo: Senior forward Donald Benamna will be a big factor in the offense this season.

Photo: Senior forward Donald Benamna will be a big factor in the offense this season.


Donald Benamna: As the leading scorer for Blair last year and heading to San Diego State University to play soccer next year, senior Benamna is looking to lead the team to a new level. "Donald is a great player who can do it by himself if he needs too, but is a great team player," senior Wako Wako said. "Donald is one of the most gifted players I have ever coached," head coach John Haigh said.
Keenthy Yeboah: Another senior this year, Yeboah is looking to use his physical presence to help the team. "Keenthy has a great physical presence and wins fifty-fifty balls constantly. He has the highest work rate on the field, which is paired with his great athleticism," Haigh said.
Komlan Kouhiko: As a senior, he is looking to make a great impression this year from his defensive midfield position. "Komlan talks a lot on the field and is very hardworking," teammate Ashe Durban said. "Komlan has all the intangibles you would want in a player," Haigh said.

Poms
Maya Habash: Senior co-captain Habash is looking to help the team impress this year. "Maya is a really good performer who loves the team and makes the team feel like family," teammate Daniela Monreal Castillo said.
Fiona Lachman: The other co-captain Lachman is revered for her good dancing skills. "Fiona is very graceful when she dances," Kaylan Hutchinson said.
Mary Lindsay: A junior who is entering her third year on the team, Lindsay is appreciated for her help with the team. "She helps a lot on her own," teammate Elizabeth Quinteros said. 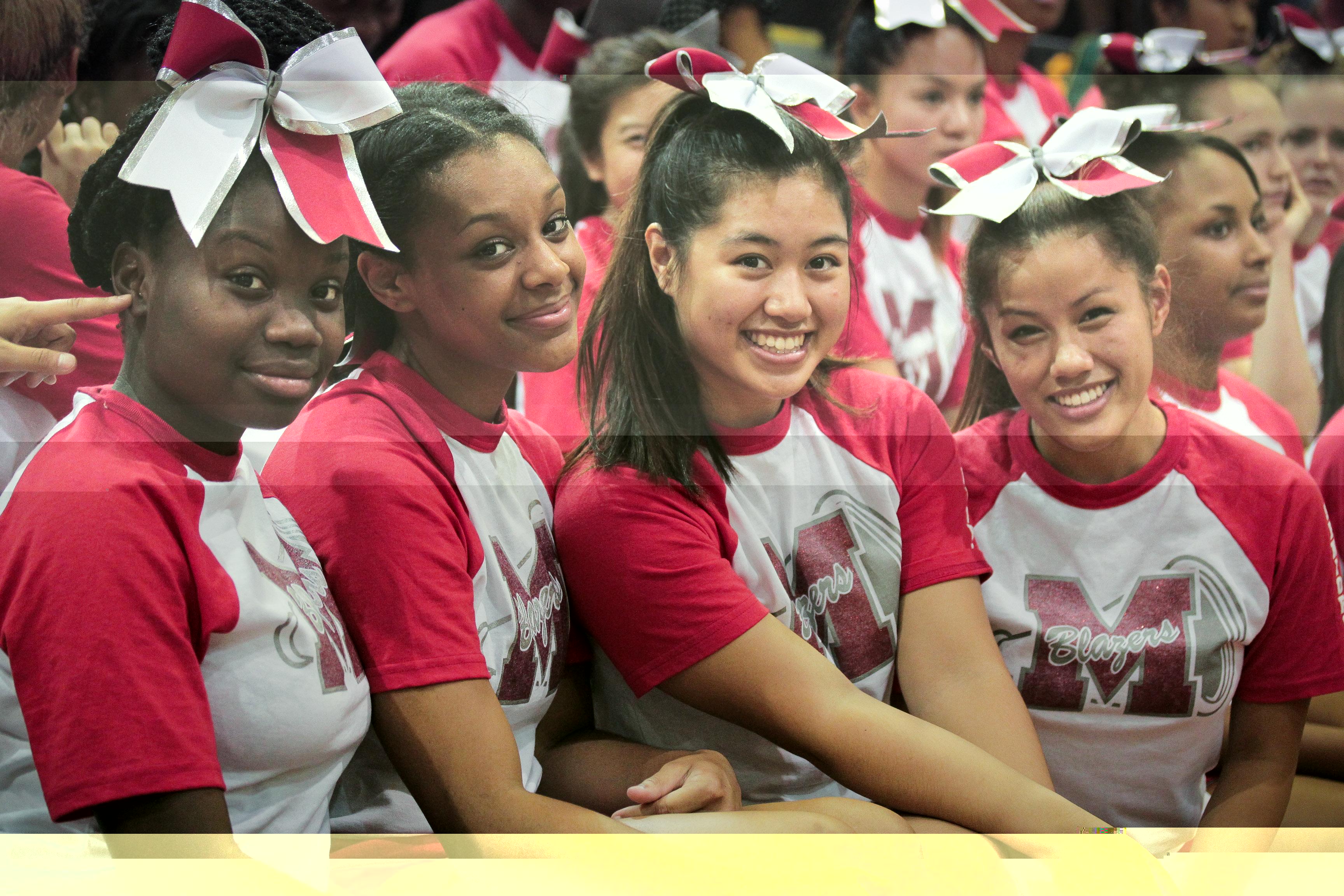 Photo: Senior captain Lily Gates (pictured far right) and the rest of the cheer team hope to have a good season.

Photo: Senior captain Lily Gates (pictured far right) and the rest of the cheer team hope to have a good season.


Shailee Bruck: Junior Shailee Bruck is known for her acrobatic skills on the team and her charisma. "Shailee is a really good tumbler and a very good flyer," fellow cheer mate Elizabeth Pham said. "Shailee is a person to whom younger teammates look up to," assistant coach Roxanne Fus said.
Lily Gates: A captain and a senior, a lot is expected of Gates involving the upcoming fall. "Lily's jumps are very wide and her voice is deep, which is essential for cheer," senior Daniela Velasquez said.
Stephen Varella: A committed and common face on the team, Varella is known for his tumbling, enthusiasm and hard work. "Stephen likes to have fun cheering with the guys. He has a lot of fun with it," Fus said.

Girls' Tennis
Jennifer Chen: As a freshmen, Chen is looking to make an immediate impact. "Jennifer is very good at power," teammate Therese Nkeng said.
Amy Li: Li, a sophomore, is predicted to impress this year. "Amy is consistent and her balls have a lot of spin and power on them," teammate Daliah Bary said.
Divya Rajagopal: Another sophomore, Rajagopal has high expectations this year. "She is a powerful player," Nkeng said. 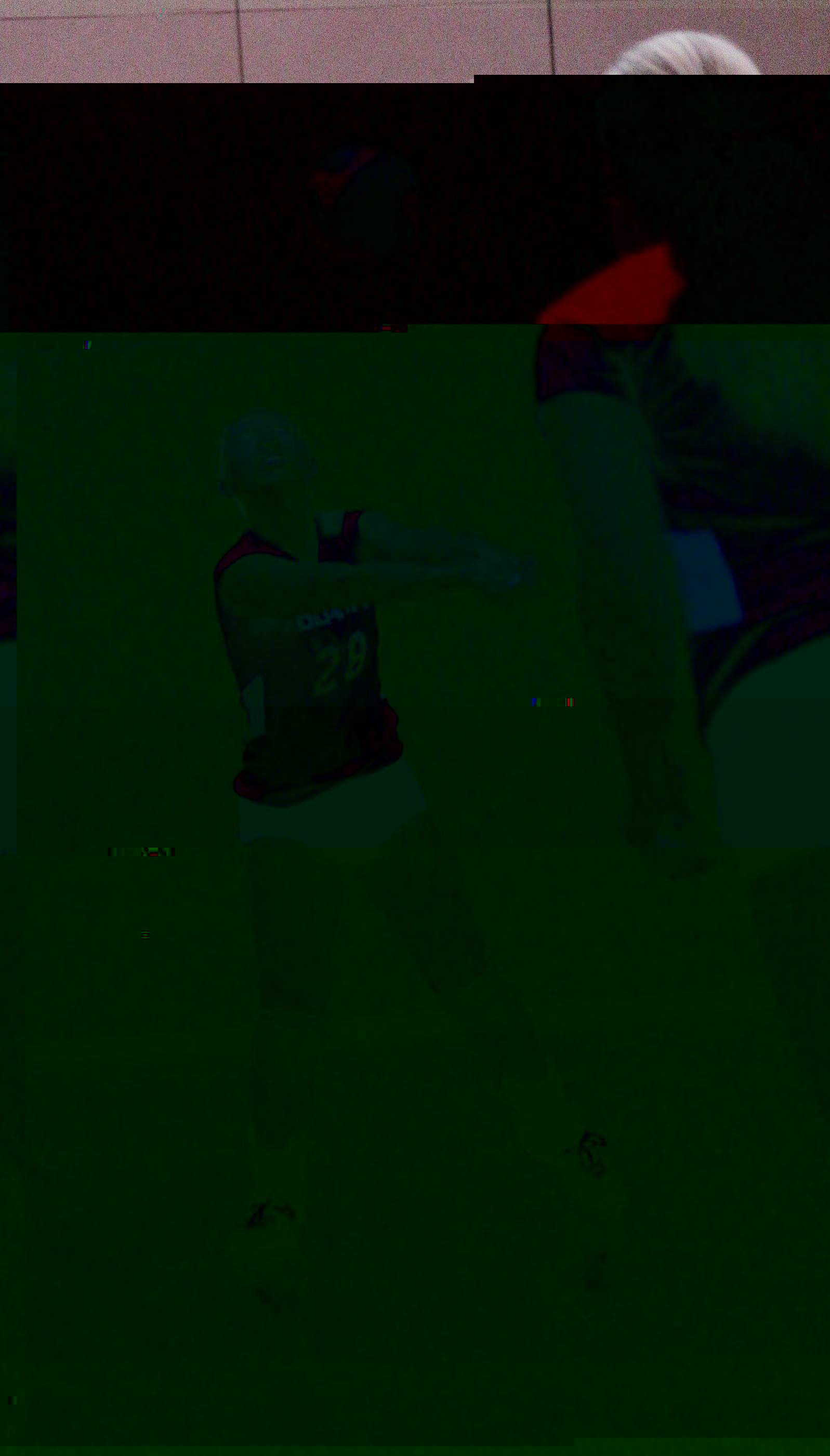 
Amy Yan: A senior who was mentioned in The Gazette, Yan is expected to have a great season. "Amy has played club and is very enthusiastic about the team," teammate Angela Zhou said. "Amy is a complete player and our primary weapon on offense," head coach Christopher Klein said.
Jade Liu: A junior who has been playing club volleyball for two years, Liu has the potential to perform well. "Jade is the best libero," teammate Tiffany Diaz said. " Jade is a defensive specialist and has the potential to be one of the best liberos in the county," Klein said.
Angela Zhou: A junior, who her teammates labeled as the best center, is looking to meet those expectations. "Angela is a fantastic player who is excellent overall and plays as a court general," Klein said.

Cross Country
Morgana D'Ottavi: A senior runner entering her fourth year on the team, D'Ottavi is looking to help the cross country team potentially reach states. "Morgana has always been fast and she trains really hard at practice," teammate Jeanne Gretschel said.
Natalie Gradwohl: A junior who impressed last season, Gradwohl is looking to build on her performances from last year. "Natalie is a hard worker and hard work brings out performance," coach James Demma said.
Lara Shonkwiler: As a freshman, Shonkwiler is looking to impress in her first year as a Blazer. "Lara is the kind of person who never gives up," D'Ottavi said.
Nobel Girmay: A junior, Girmay has shown his quality for two years now and is looking for another impressive year. "Nobel has running in his genetics," teammate Jack Murphy said.
Michael McKee: Heading into his final year on the cross country team, McKee is looking to continue his hard work and end on a high note. "Michael is really dedicated and has tried really hard," Murphy said.
Jeremy Gagnon: Gagnon, a freshman, has been appraised for his raw potential. "Jeremy has exhibited significant speed for a freshmen and is a freshman sensation," Demma said.