The remake of the classic musical is cheesy and fun

Widespread critical low expectations preceded the release of "Annie," director Will Gluck's remake of the classic musical of the orphan girl and the benevolent billionaire who took her in. In a year of cinema that was dominated by stale iterations of old series and franchises, how could a remake of a musical that was pretty lousy to begin with be all that good? To a large extent, these expectations were spot-on. "Annie" is two-dimensional, goofy and very cheesy. This film will not be sweeping at the Academy Awards. But if you're ready to embrace the feel-good silliness and fall into a world in which it really is always better tomorrow, "Annie" is for you. Be ready to sing along.

Stacks meets Annie after pulling her away from an oncoming truck. After an amateur recording of Stacks' heroics go viral, his Machiavellian campaign aide Guy (Bobby Cannavale) advises him to spend some time with Annie. Of course, what starts out as a cheap political stunt turns into strong familial bonds between Stacks, Annie and Stacks' hard working but lonely employee/love interest Grace (Rose Byrnes). Through spunk and song, Annie teaches the grownups the power of hope, fun and love.

Gagging? Yeah, it's pretty tacky. And not in a technically proficient way either. Gluck seems like he's trying to make all of the musical numbers as inorganic as possible. Dances are choreographed with very little creativity and even less sense of rhythm. Many songs are filmed from the back with the characters facing away from the camera, like a dark indie music video, and the new songs are bad. Really bad. It's jarring when the reserved and socially inept Will Stacks starts crooning about his home city like, well, Jamie Foxx. In a helicopter, too! Both Foxx and Wallis look embarrassed to be performing the number, and the audience is embarrassed too. Later in the film, Annie takes the stage during a black tie gala and gets her Florence and the Machine on with a powerful, yet utterly unconvincing, number entitled "Opportunity."

The acting performances are mixed. Wallis is the bright spot that makes the movie watchable. Her Annie is much more wise and fun than the grating Aileen Quinn. Cameron Diaz has few musical bright spots with her nearly non-existent singing and dancing talent. Her acting is patchy as well, sometimes drearily two-dimensional and sometimes laugh-out-loud funny. Neither Bobby Cannavale nor Rose Byrnes portray their respective characters with much nuance, although Byrnes' British accent, haggard loneliness and dorky dancing are endearing at times. Foxx seems to struggle under the poor direction of Gluck, never able to exhibit his considerable acting or musical talent. 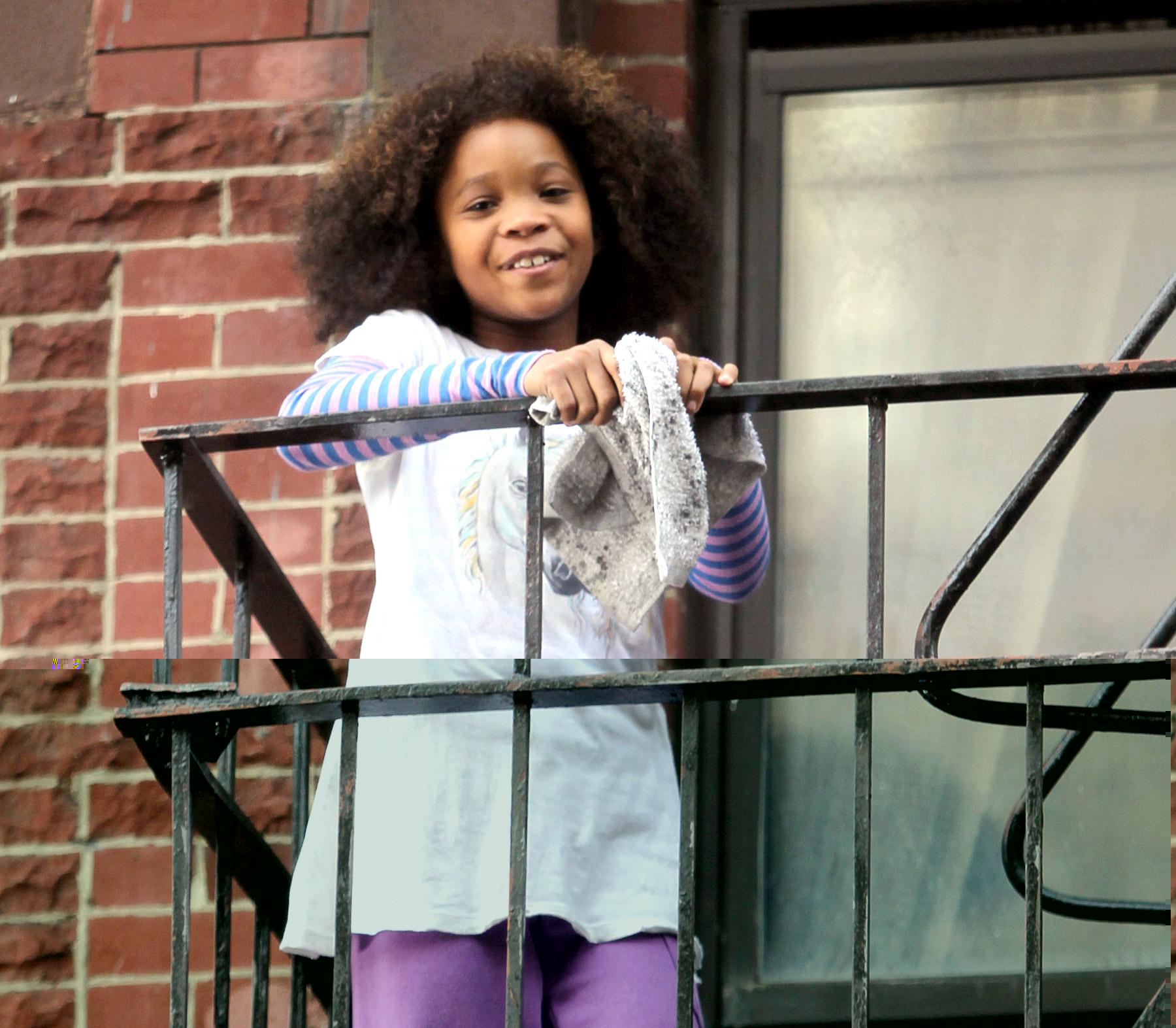 Photo: Quvenzhane Wallis steals the show with a fantastic portrayal of Annie​

Photo: Quvenzhane Wallis steals the show with a fantastic portrayal of Annie​ Photo courtesy of Us Weekly.

But the average movie-goer won't be thinking about all those flaws when they see "Annie." They'll be singing along to the very fun JAY-Z and Sia-produced remakes of classics like "Hard Knock Life" and "Tomorrow." They'll be laughing at the goofy antics of Annie, her loyal pooch Sandy and her foster friends. They'll know that Stacks and Annie will be united at the end, but still be oh-so satisfied when they are. "Annie" is exactly what it makes itself out to be: a fun, if clichéd, remake of a classic. "Annie," whatever its acting and directing flaws, is a fun and rewarding family film.

"Annie" is rated PG for for some mild language and rude humor. It is now playing in theaters everywhere