In first playoff game, baseball comes out strong against WJ

On a beautiful night, in front of an energetic crowd, Blair baseball entered the playoffs with a bang. Behind solid pitching, excellent defense and a powerhouse offensive performance, Blair looked unstoppable, beating Walter Johnson High School after the mercy rule was called in the fifth inning with a score 12-1. The Blazers now move on to their second playoff game against Walt Whitman, the team that knocked Blair out of the playoffs last year.

The game started off rough for starting pitcher Bobby Pfefferle. After walking the first batter and making an error on a sacrifice bunt, base runners stood at first and second. With runners moved up to second and third and two outs, the Walter Johnson batter hit what looked like would surely be an infield single. Until second baseman Ian Kiefhaber laid out for an incredible diving stop, quickly got to his feet and threw to first for the third out.

Riding off the energy of Kiefhaber's play, the exuberant Blazers came out to bat. Leadoff hitter Max Salzman hit a slow ground ball up the middle for an infield single. A misfielded grounder off the bat of outfielder Ian Donaldson brought runners to first and third, and a passed ball allowed Salzman to score. Next at bat was senior Jorge Noda, who smacked a screaming line drive past the outstretched arm of the pitcher. A grounder by first baseman John Ramsey scored another run, and a deep double over the head of the center fielder by Pfefferle scored Noda. 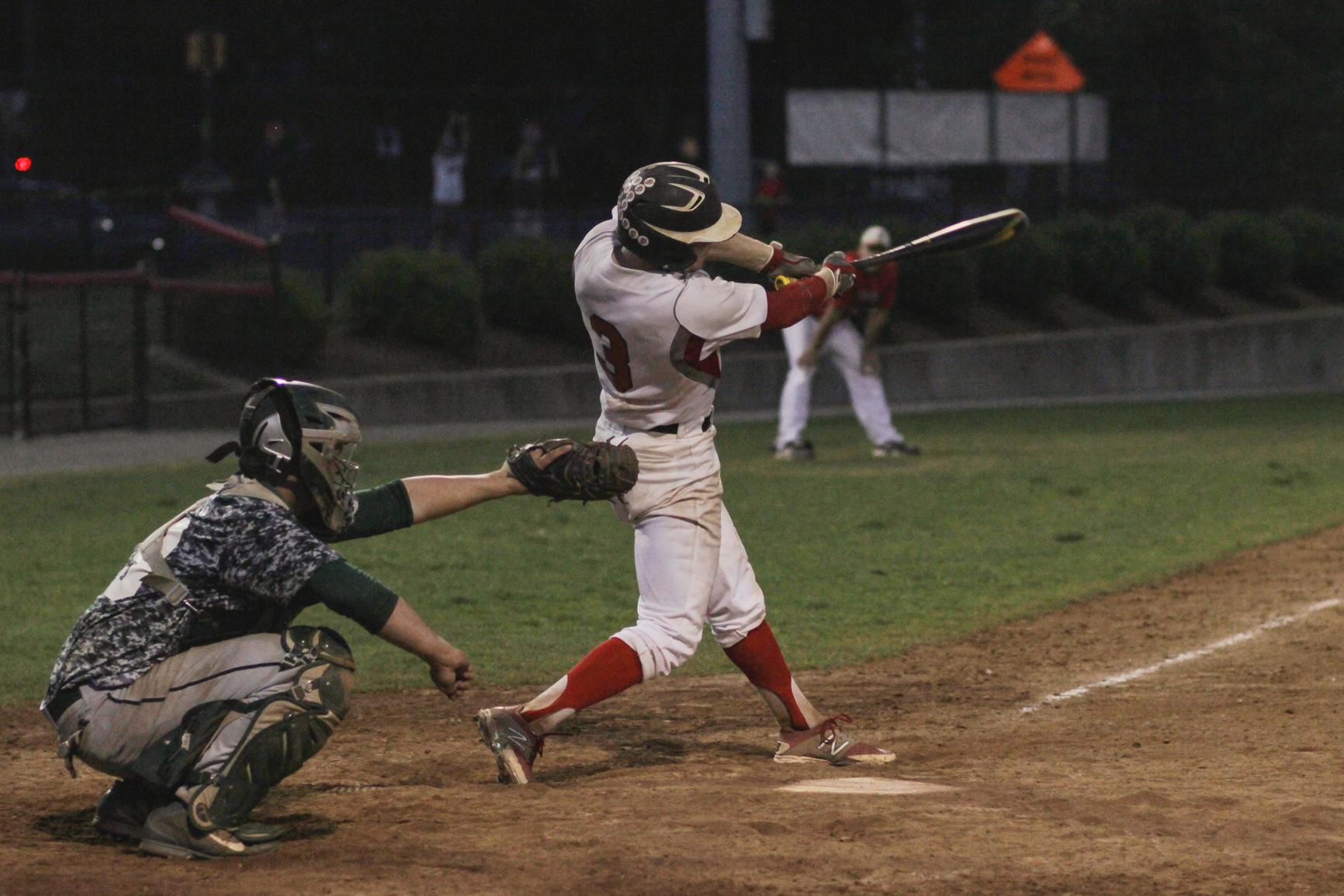 With a 3-0 lead behind him, Pfefferle again struggled in the top of the second inning, walking the bases loaded with only one out. But Pfefferle doubled down, easily retiring two batters in a row. Blair slowed down offensively in the second for a 1-2-3 inning.

It was the bottom of the third where Blair's offense really kicked into gear. With two outs, runners at second and third, and one run scored already in the inning, Senior Aaron Clingman tripled into right center field, scoring both runners for a 6-0 lead. Next up was catcher Ryan Bratton, who singled over the head of the second baseman, scoring Clingman. After some fancy baserunning, assisted by WJ defensive errors, brought Bratton to third, a grounder off the bat of Alex Frandsen slid through the legs of the Walter Johnson shortstop, increasing Blair's lead 8-0.

In the fourth, Blair tacked on even more runs to bring the score to 12-0. Because the mercy rule states that the winning team must be ahead ten runs or more in the fifth inning or later, Blair needed to retire WJ in the top of the fifth to clinch their first playoff victory. With senior Sasha Tidwell pitching, Walter Johnson managed to score one run off a triple and a grounder. But their run was only a hiccup on Blair's road to victory. A high pop-up to Ian Kiefhaber finally ended the game at a score of 12-1.

After the game, senior captain Max Salzman praised his team's performance. "For the whole game, everyone was in it, cheering everyone on, and playing great. When we play like that we can beat anybody," he said. "This is the perfect time to play baseball. We're playing well and the weather is great."

Blair now faces Walt Whitman High School on Wednesday. Coach Eric Zolkiewicz said Whitman is not an opponent to be taken lightly. "They're a really good team, they've been playing very well. It's going to be a close game."