In Syrian war, strength through neutrality

Every single day, the war in Syria rips apart families, destroys homes and claims lives. In a blow to those who hope for a peaceful resolution to the conflict, on July 16, Syrian President Bashar al-Assad was sworn in for a third term. The continuation of Assad's power in Syria brings the country closer to becoming ground zero of an all-out battle between the two major sects of Islam, Shia and Sunni, spanning the entire Middle East. And as the war transforms into a sectarian struggle, the United States must refrain from choosing sides, as American intervention will only bring about more violence and anguish for the people of the region. 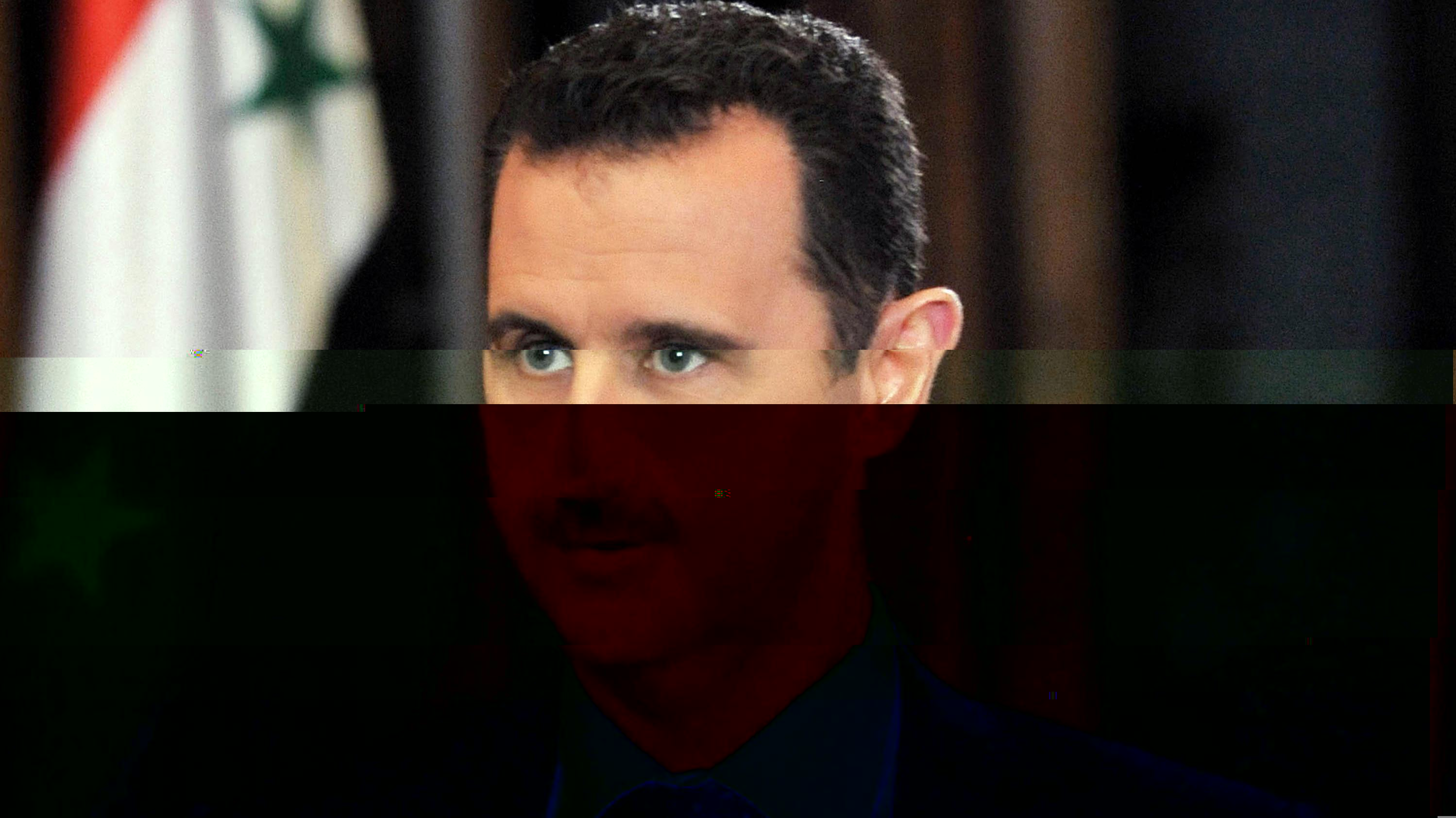 Photo: Syrian president Bashar al-Assad was sworn in for a third term on Wednesday.

Photo: Syrian president Bashar al-Assad was sworn in for a third term on Wednesday.

The conflict between Shia and Sunni Islam is almost as old as the religion itself. Originating about 1,400 years ago, the schism began after the Prophet Muhammad's death in 632 A.D. as a struggle over who would succeed him as the caliph, or leader, of Islam. Those who became the Shia believed that Muhammad chose his brother-in-law Ali to rule, while Sunnis believed that the caliph should be elected. Currently, about 90% of the world's Muslims are Sunni and about 10% are Shia. In the past, conflict between the factions has remained isolated to specific countries and regions. But the conflict in Syria threatens to draw in the most radical of sectarian extremists and escalate tensions between the groups to the point of an all-out sectarian war without borders, spanning numerous countries and affecting hundreds of millions of lives.

Initially, the war in Syria could be understood as simply an extension of the Arab Spring protests that were then popping up across the Middle East: a struggle between a violent regime and its people over the future of the country. However, in Syria, the conflict took a turn for the worse with the addition of outside extremist groups such as Sunni group ISIS and Shia group Hezbollah. Assad himself is an Alawite Muslim, a sect closely identified with the Shia tradition, and was able to gain the support of the Shia leadership in Iran. Following Iran's entrance into the conflict, the Sunni government in Saudi Arabia joined in on the side of the rebels. Now, the conflict is much more than a rebellion of a people against his leader: Sunnis all across the Middle East have aligned themselves with the rebellion against Assad as Shias rush to support the Syrian president.

As Assad is installed for a third term, the disaster in Syria remains in a deadly stalemate. If the status quo is to continue, there is the ever-increasing chance of the conflict spilling over into neighboring countries. The United Nations has found connections being forged between extremist groups fighting the regime in Syria to those attempting to topple the Shia-led government in Iraq. Additionally, Hezbollah's involvement with fighting Sunni groups in Syria has fueled actions against Sunnis in its home country of Lebanon. For most of the Syrian war, the majority of fighting has stayed within the borders of Syria. Now, however, the war is on the brink of transforming into a borderless struggle over a massive sectarian rift. 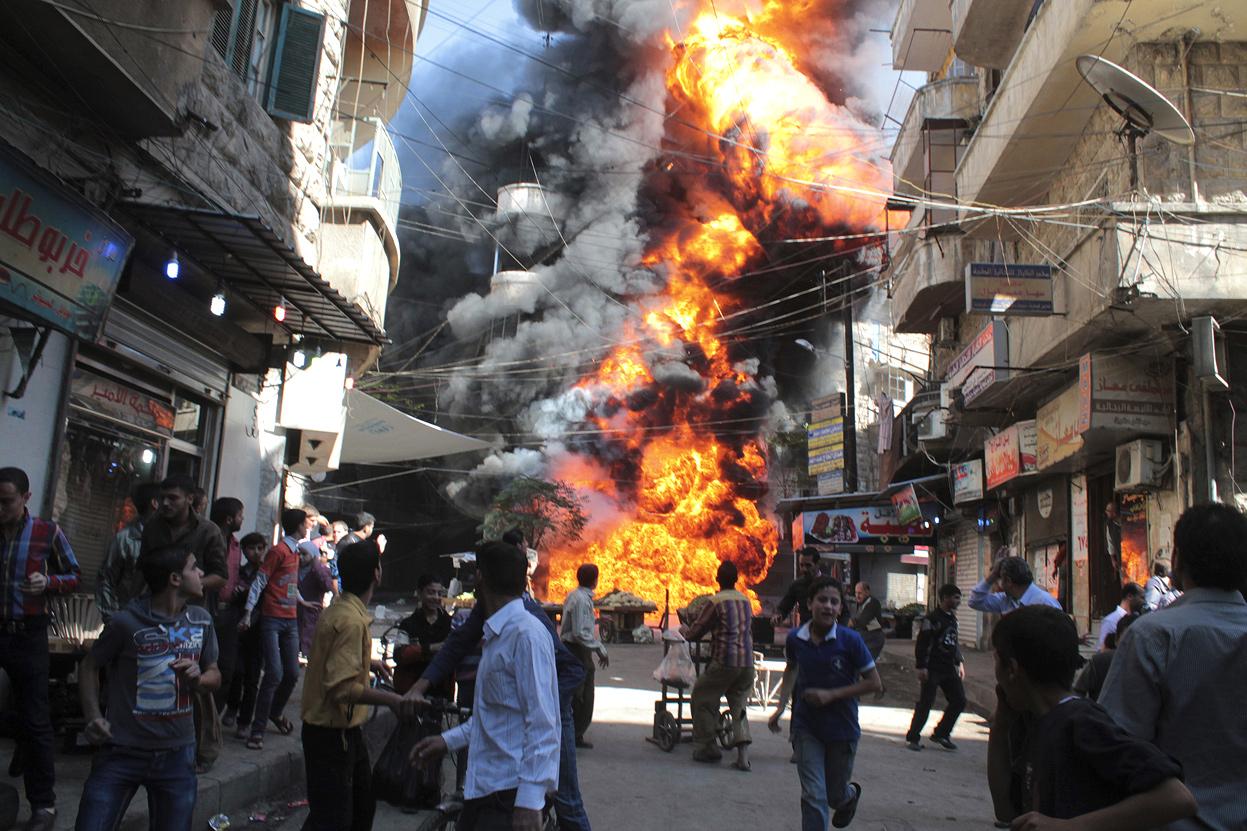 Photo: The Syrian conflict has cost 170,000 lives and displaced millions.

Photo: The Syrian conflict has cost 170,000 lives and displaced millions.

Shia-Sunni violence is like a virus that can no longer be contained to Syria. Instead, it spreads, infecting Syria's neighbors with hate, violence and desolation. In response to this suffering, many Americans will no doubt feel a moral calling to intervene with the military might of the United States. While this feeling is justifiable, it is an emotional response that will not be effective in creating peace.

Much of the effort to intervene in Syria is driven by an outdated understanding of the conflict. During the first months of the conflict, there was clearly an American interest in seeing democratic protesters overthrow a tyrannical regime. But now that it has become a religious struggle, the United States has no reason to participate in the fight. There is no legitimate argument that a Sunni victory or a Shia victory would be more beneficial to the American interest. There are individuals on both sides of the conflict who are hateful extremists and there are people on both sides who are of good faith and seek a lasting peace. U.S. military intervention for one side would amount to choosing which religion it likes more. As a nation largely founded on the principles of religious equality and freedom, this is a choice that America should never have to make and it is one that will not bring about a peaceful resolution to this conflict. Today, Iraq is in shambles because Sunni extremists are attempting to topple an oppressive, American-installed, leader. To many Sunnis, it looks as though the United States chose the Shia in Iraq, leading to resentment, anger and violence. America cannot allow something similar to take place in Syria by making a similar mistake.

This conflict is tragedy on an enormous scale. If the conflict is to continue, the lives affected and the lives taken will only increase. But, in the end, those who are a part of them best deal with conflicts. It is the responsibility of the leaders and citizens of the Middle East to create a safer and more peaceful world by bringing about a lasting peace.