In the wake of quakes

An 8.8 magnitude earthquake struck the coast of Chile on Saturday, Feb. 27, at 1:34 a.m. EST. Seven-hundred-and-eight Chileans died and roughly two million were affected by the quake, which was the fifth most powerful earthquake since the start of the 20th century, according to the Washington Post.

The quake and more than 90 aftershocks, each ranging from 4.9-6.9 on the Richter scale, demolished about 500,000 homes. The monstrous tremor came on the heels of the devastating earthquake that shook Haiti to the ground in January, and while both quakes were undoubtedly catastrophic, Chile's recuperation will be much quicker and more efficient than Haiti's battle for recovery. 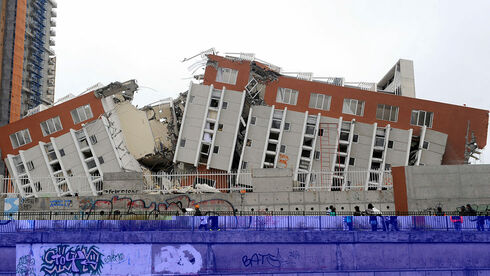 Despite the quake's magnitude, Chile's structural damage is mild compared to that caused by Haiti's earthquake. Chile's 8.8 magnitude quake was roughly 100 times more intense than Haiti's 7.0 magnitude quake, which is the fourth deadliest of all time according to the Washington Post, but the epicenters of the tremors made all the difference.

Though the brunt of the tremor did not reach Chile's capital, Santiago, it extended far underground. The quake's epicenter was 21.7 miles deep according to CNN, while the earthquake in Haiti had an epicenter that went only 8.1 miles underground. Since Haiti's quake was so shallow, tremors on the earth's surface were much more destructive, meaning Haiti's towns and cities were affected more. Additionally, the epicenter of the earthquake in Haiti was only 16 miles west of the nation's capital, Port-au-Prince. Because of the quake's proximity to a highly populated city, a larger number of Haitians, roughly 212,000, died.

Since the deathly disaster, Haiti has deservedly received ongoing economic, medical and infrastructural aid from multiple countries. Chile, however, is largely quipped to deal with the effects of the earthquake on its own. Chile has faced 13 earthquakes that ranked above a 7.0 on the Richter scale since 1973. As a result, the building codes throughout the country are strict and stable; for example, Chile's Department of Emergency Management claimed that repairs to Santiago's airport should take roughly 48 hours.

Chile is not only prepared to deal with the quake's damage due to familiarity with this particular natural disaster, but the country is also one of the most economically and politically stable in Latin America. Haiti's government, on the other hand, is unable to deal with a disaster of this magnitude. Haiti is also an extremely poor country and unable to fund much of its own recovery.

In addition to economic differences, the disparity between the two countries' levels of preparedness and structural damage means that Chile's recovery will drastically differ from Haiti's. Haiti's convalescence warrants the support of dozens of other countries and organizations around the world, while Chile should thankfully be able to clean up after the disaster. Though we cannot forget that both tragedies caused unimaginable and irreparable human suffering, Chileans can perhaps take solace in what promises to be a speedy recovery.