On Mar 27, the Metro board approved an operating budget which will increase Metrorail fare as well as the Metrobus fare for SmarTrip users. Metrobus riders using cash will no longer have to pay a surcharge. The board had many public hearings and debates during the winter and finally unanimously approved the budget. While the prices are mostly being adjusted for inflation over the past two years, raising fares will ultimately hinder people from using Metro services as the extra fare builds up. 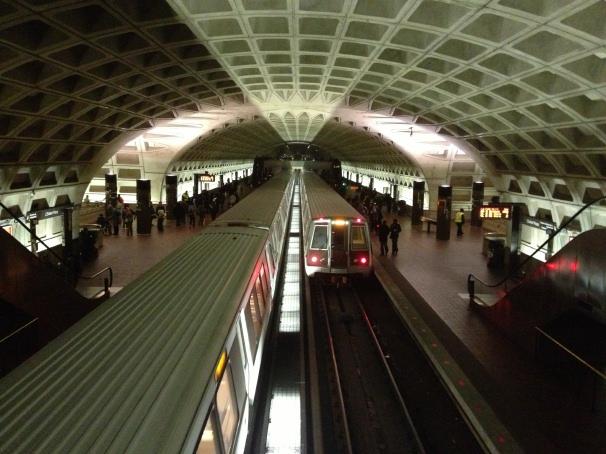 Photo: The Metro will be raising fares for rail users and bus SmarTrip users.

Photo: The Metro will be raising fares for rail users and bus SmarTrip users.

According to the new budget, a typical subway fare (the total fare revenue divided by the number of fares paid) will increase from $2.90 to $3. The minimum fare, for trips that are three miles or less, will increase from $1.70 to $1.75 during off-peak hours and from $2.10 to $2.15 during rush hours. The maximum rail fare will increase from $5.75 to $5.90, with a $1 surcharge continuing for paper fare cards. Metro pass prices will also increase.

Regular bus fare will become $1.75, whether the rider has a SmarTrip card or is paying in cash. Therefore, SmarTrip users will have to pay 15 cents more than the current $1.60. The price for cash users, however will decrease from the current fare of $1.80. This seems silly. The Metro board has been trying to encourage people to purchase SmarTrip cards since they make getting on buses easier and more efficient. With the decrease in cash fare prices, people are more likely to use cash unless they ride the Metrorail regularly. Along with rail and bus increases, parking prices will increase by 10 cents with select Prince George's County parking lots increasing an additional 50 cents.

The proposal to increase fares is largely an unpopular one and is rightly so. According to a Fox DC article published earlier in the year, 72 percent of the public comments opposed fare increases. In a survey conducted with over 6000 people, one in five people said it would significantly decrease how much they rode the Metrorail if fares rose the proposed three to four percent, which it now has. Ridership on the Metro is sure to go down.

While the Metro board thinks that the roughly 10 cent increases are very modest and will not affect the total number of people who ride the train, many Metro riders believe that the increases will add up on an already too expensive Metro fare. Eventually people will not be able to afford the price of the Metrorail and buses. Raising fares is also upsetting to everyone tired with dealing with all the delays of the Metro. On the day the board approved the budget, there were delays on the Blue, Green and Yellow lines. Unless the Metro uses the extra revenue to increase its efficiency, more and more people will stop using it.

Hopefully, the Metro board will use the extra money it's getting from raising fares to make sure that the Metro is as reliable, efficient and clean as transport systems in other parts of the world like Western Europe. Otherwise, they might as well have stuck with the prices they have today.