Battling for peace with a game 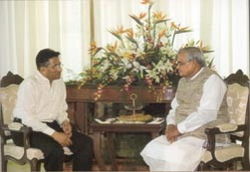 Well before an India-Pakistan cricket series begins, newspapers start splashing headlines, such as `A War on the Pitch' or `The Kargil of Cricket.' However, everybody fails to notice the friendship among the spectators of the two nations.

The question that is raised by this is: why is there so much commotion about the friendship between two countries playing cricket? All this doesn't happen in a match between Australia and England or India and Sri Lanka. Perhaps it is because the political relationships between India and Pakistan have been so much strained in the last half-century, that anything that happens between thee two countries gets a lot of media coverage.

In 1947, after India gained independence, it was divided into three parts on the basis of Hindu-Muslim population - Pakistan, India and East Pakistan. Ever since 1947, Pakistan has claimed that Kashmir was their land and there have been many wars over this issue. In 1971, India helped East Pakistan to form an independent nation called Bangladesh. This led to another war between India and Pakistan.

In 2000 Pakistan advanced its forces onto the Kargil sector in Kashmir. This led to the Kargil war that ended in Pakistan accepting ceasefire. In the recent years, Pakistan had also been sponsoring terrorism in some of the Indian states and this has further strained the relationships.

In the last decade, the leaders of the two countries have been initiating dialogues over this matter. A bus and train service was also launched between the two nations as a sign of friendship. This was discontinued after some time because of continuing tensions and terrorist activity.

Cricket - they key to peace

Last year, Pakistan hosted a cricket series between India and Pakistan, which has opened up an opportunity for amity between the two countries. Thus, India is hosting another series during this month. More than a thousand fans from Pakistan have come to India to see the matches. Pakistan's President Pervez Musharraf will also be coming to witness a few matches.

During these series, we get to see the social side of India-Pakistan relationships. Fortunately, this is exactly contrary to the political story. People who had crossed borders after the separation are very happy to go to the country they once lived in. This was extremely difficult earlier but in the renewed climate of friendship, aided by the cricket craze, the situation has changed.

People also realizing that the people of Pakistan and India are very alike, that they have very similar lifestyles and go through the same joys and hardships. 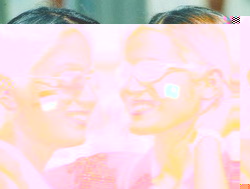 Photo: Two women, one from India and one from Pakistan, cheer together in the audience.

Photo: Two women, one from India and one from Pakistan, cheer together in the audience.

One can never be sure in a conflict between India and Pakistan. Once everything is cleaned up and sorted out, something topples over and it is back to square one again. However, this time, because of the many interactions, at least the people will know that their counterparts on the other side of the border have the same hope, that this mess gets cleared up soon and there is no more war.

So three cheers for cricket and three more for India-Pakistan friendship!