Influential African-Americans: the 20s and 30s

Bessie Smith, the Empress of Blues 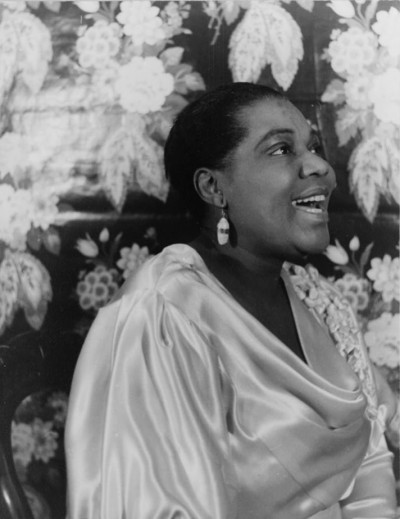 February is in full swing, and SCO is examining the lives of influential African-Americans throughout the decades starting with the 20s and 30s. The person chosen for this decade is Bessie Smith. Her career started with singing in bars and theatres all across the South. In 1920, she moved to Philadelphia, where she was heard by Clarence Williams, a representative for Columbia Records. She was signed by the label in 1923. Dubbed the Empress of Blues, Smith's strong vocal performances wowed audiences across the country.

She was inducted into the National Women's Hall of Fame in 1984 and the Rock and Roll Hall of Fame in 1989. The combination of wide range and Smith's singing voice changed the landscape of blues music and pioneered what would become rap music. The sometimes emotional delivery and lyrics about personal struggles of rap today was largely shaped by Smith. Smith won many awards in her lifetime and won even more after her death. The genre-crossing prowess of Smith broke barriers and influenced artists for years to come.