Snow on Saturday sparks heated (or not) debate

On Saturday morning at 6:37 a.m., Silver Chips Online's panel of snow experts* dragged themselves out of bed to attend an emergency meeting held in the nation's capital to calculate with their usual astonishing accuracy the probability of school delays and cancellations. The atmosphere was frigid, as international leaders gathered to discuss and debate one of the foremost weather forecasting systems in the world. 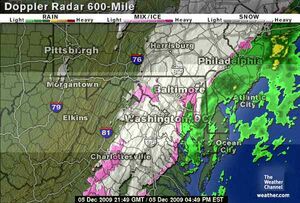 Photo: This was one of many maps considered during the meeting held Saturday morning. Even the experts couldn't quite decipher it. Picture courtesy of The Weather Channel.

Photo: This was one of many maps considered during the meeting held Saturday morning. Even the experts couldn't quite decipher it. Picture courtesy of The Weather Channel.

Just as the leaders began to reach a consensus, security in the White House alerted us to two prowlers apprehended just outside the Blue Room doors. We have since learned that the two are married. The couple, the Snowahis, managed to get through three layers of Secret Service security. The husband was dressed in a black and white tuxedo and the wife wore a giant snowflake in an effort to blend in with interior (and exterior) decor.

Conversation among the leaders resumed only to come to a grinding halt when Prime Minister Leterme announced an urgent need to visit the restroom. Much to his chagrin, he found that the bathrooms on five of the six floors of the White House were locked (the bathrooms on the first floor, however, did not have doors). When questioned, the director of the U.S. Secret Service cited a need to keep leaders in check by restricting their peeing privileges. 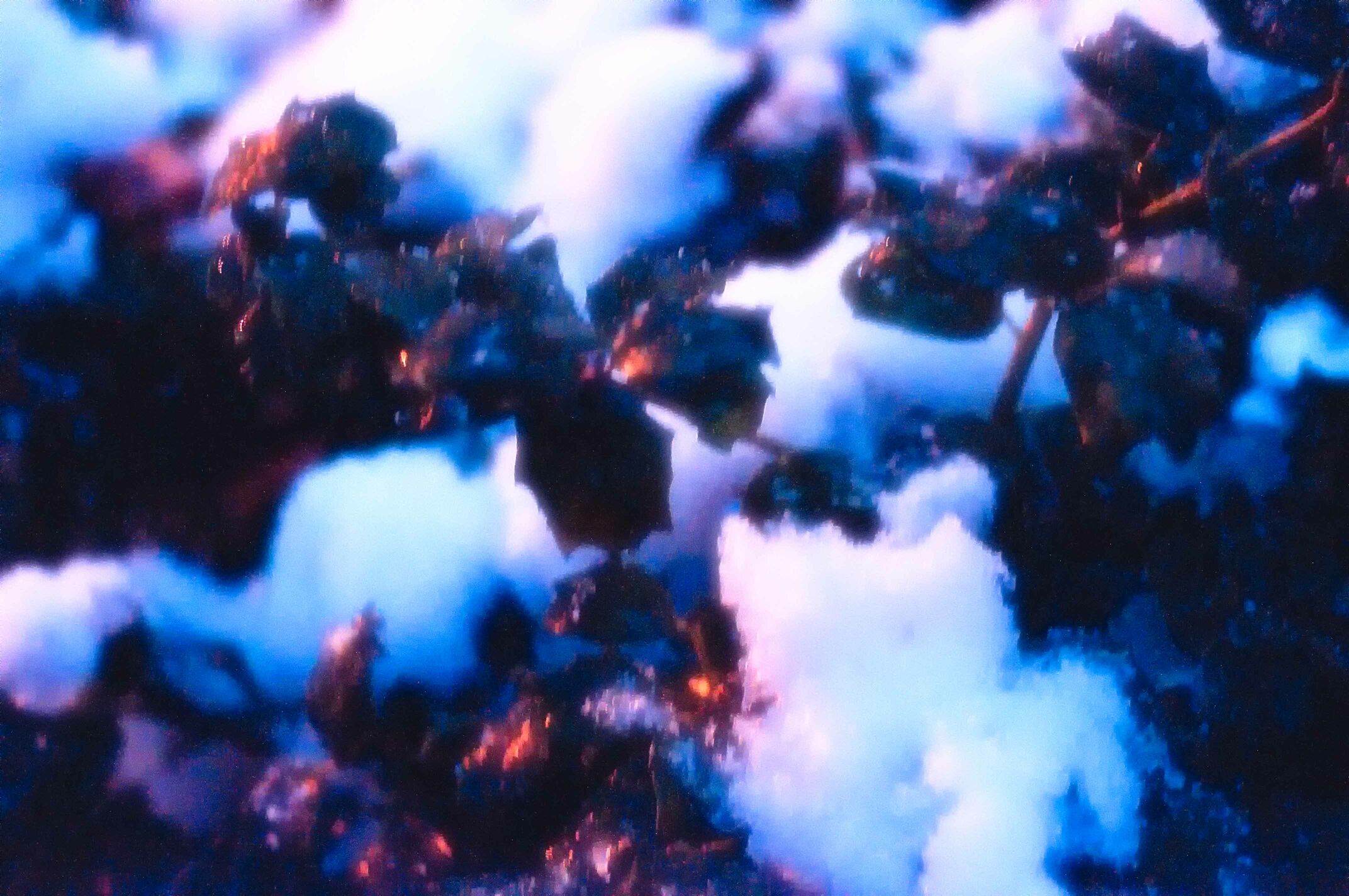 Photo: Snow covered a holly bush during the recent snow fall that hit the D.C. area.

International guests at the snoWatch meeting were outraged at the insinuations and it took several rounds of steaming hot cocoa to bring the gathering together again. Obama attempted to defuse the situation with a promise to take a closer look at the policy, but after several cups of the aforementioned cocoa, leaders' bladders were again causing raucous protest.

After enduring long lines at both first floor restrooms, leaders returned to the Blue Room to the sight of another Secret Service blunder, 50-100 people celebrating just outside the windows. At least 20 were running around in the snow, while several more were collecting samples for scientific study. Many held signs reading, "It's snow joke - global warming is a lie!" Weast and state senators in attendance immediately accused Obama of conferring with lobbyists, contrary to campaign promises.

Until the global warming naysayers were removed from the premises, leaders sat in the Blue Room in complete silence, backs to one another. By the time they resumed speaking, snow had stopped falling in much of Maryland, but leaders still promised to provide the necessary facts to citizens.

The predictions are as follows.

Leaders agreed that snow on a Saturday is cruel and unusual punishment and that the sun on Sunday will conspire against Blazers hoping for a snow day to begin the five-day week. But they did toast at the end of the afternoon to the prospect of a great snow year. "Let this day be the first of many to bring us happiness in the form of cold white particles of joy," Obama said. "This is change for Montgomery County that we can believe in."

*Editor's note: Readers should note that nothing in this story, or in future snoWatch reports, can be counted as fact. Silver Chips Online cannot be held responsible for any Blazer who decides to skip (or go to) school without checking the MCPS web site. Our panel of experts has a record of 110 percent accuracy - but there's always the chance that weather.com messes up.