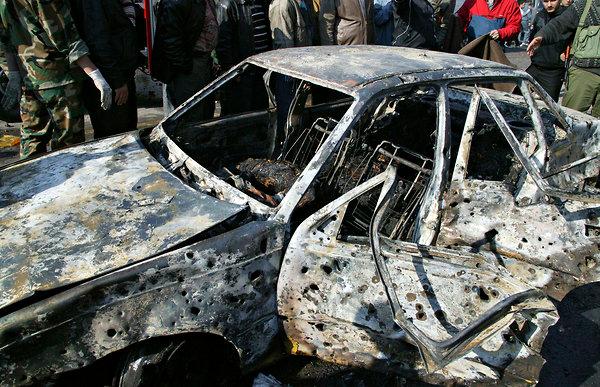 Photo: This car was destroyed during the suicide bombings in Damascus.

Photo: This car was destroyed during the suicide bombings in Damascus.

Dec. 23 – After 10 months of protest and violence that have already claimed 5,000 lives, a pair of suicide car bombings near government security offices in Damascus took the unrest in Syria to the next level. Syrian President Bashar al-Assad blames Al Qaeda for the attacks, and said that the bombings prove that the protests in Syria are not a pro-democracy movement, but rather a violent terrorist operation. Despite Bashar al-Assad's words, the true force behind the bombings remains unknown.

Dec. 22 – According to a report from Human Rights Watch, Congolese forces have killed at least 24 people and detained dozens more in an effort to stifle outrage regarding the suspicious re-election of President Joseph Kabila. The numbers may actually be much higher than 24, but Congolese security officials appear to be getting rid of as many bodies as possible to cover up the scale of the killing, so the actual body count is uncertain. Congolese police and soldiers have reportedly shot at groups of people in the street, both protesters and bystanders, and killed 20 people in anti-Kabila bases in Kinshasa. Kabila was inaugurated on Dec. 20 after allegedly winning the Nov. 28 Congo elections. His victory has been contested by both international and local observers who claim that the elections were suspect. 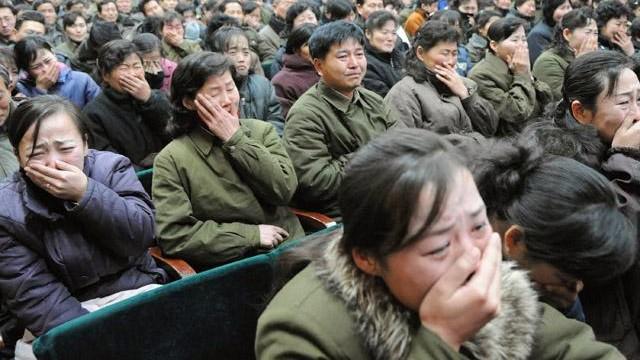 Photo: Tens of thousands of mourners took to the streets of North Korea after Kim Jong Il's death.

Photo: Tens of thousands of mourners took to the streets of North Korea after Kim Jong Il's death.

Dec. 17 – Kim Jong Il, leader of North Korea for 17 years, died of a heart attack at the age of 69. The North Korean government kept his death a secret for two days. The official North Korean account of the aftermath of Kim Jong Il's death describes the sky as glowing blue and red, and the ice in the center of North Korea's sacred volcano, Mount Paektu, cracking in reaction to the leader's death. Kim Jong Il is expected to be succeeded by his youngest son, Kim Jong Eun.

Dec. 19 – The oil from a minor spill in Brazilian waters has reached the nation's shores in the Rio de Janeiro state. This is the second Brazilian spill in less than two months. In reaction to the spill, Brazil is filing an $11 million lawsuit against Chevron, the American oil company that ran the drilling station that spilled 3,000 barrels of oil into the ocean in early November. Beyond the money, Brazil hopes to prevent Chevron from operating in Brazil. Although both spills were relatively small, press coverage has been high as Brazil expands its deep-water oil drilling sites in the hope of becoming the world's third largest oil producer by 2020.