This is not original reporting. All information has been compiled from Reuters and the New York Times. Silver Chips Online posts this news summary to provide readers with a forum for discussion. 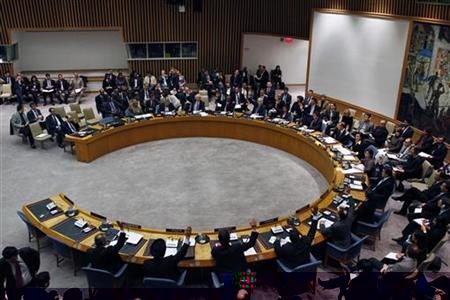 Photo: The UN passed a resolution approving enforcement of a no-fly zone in Libya.

Photo: The UN passed a resolution approving enforcement of a no-fly zone in Libya.

March 17 - The U.N. Security Council voted to authorize a no-fly zone over Libya in order to prevent leader Muammar Gaddafi's forces from reaching Benghazi and protect civilians. The no-fly zone prohibits all flights over Libya with the exception of humanitarian flights. France, Britain, Lebanon and the United States cosigned the authorization after days of meetings, while Russia, China, Germany, India and Brazil abstained from the vote. The Arab League had requested a no-fly zone days earlier.

Yemen
March 29 – After weeks of escalating protests in Yemen against President Ali Abdullah Saleh's 32-year rule, the President met with head of the Islamist Islah party, Mohammed al-Yadoumi. Saleh proposed transferring his power to a caretaker government while staying in office until elections can be held. Saleh has been an ally of the United States, allowing air strikes against Al Qaeda forces in the country. 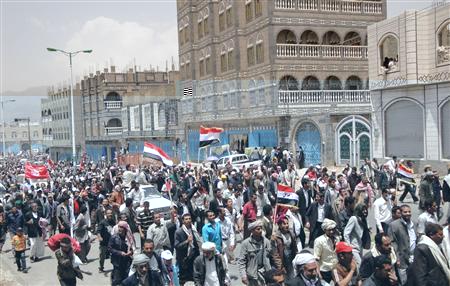 March 19 – Britain, France, Canada, Italy and the United States commenced operation "Odyssey Dawn" to enforce the UN-authorized no-fly zone and to prevent Gaddafi's forces' advance on Benghazi. France fired the first shots at tanks and armored vehicles in Benghazi. Then the U.S. and Britain fired 110 Tomahawk missiles against air defenses near Tripoli and Misrata. The U.S. government has denied that involvement in Libya will drag on, since there are no plans to send ground troops into Libya. Nonetheless, operation "Odyssey Dawn" is the largest-scale military intervention in the Middle East since the invasion of Iraq in 2003.

Japan
March 17 – The US embassy announced that Americans within 50 miles of the Fukushima reactors in Japan should evacuate to avoid exposure to harmful radiation. The ongoing nuclear emergency at the Fukushima reactors in Japan is an ongoing threat to the health and safety of residents in an area already devastated by the losses of tens of thousands of people. According to the Environmental Protection Agency, people within five miles of the Fukushima plant are at risk of radiation sickness or death.