International News Roundup for May 1 to May 8

This is not original reporting. All information has been compiled from The Washington Post, The Guardian, CNN and BBC News. Silver Chips Online posts this news summary to provide readers with a forum for discussion.

Nigeria
May 8 - Nigerian president Goodluck Jonathan announced that the kidnapping of more than 200 local schoolgirls on April 14 could aid the efforts to combat terrorism in Nigeria. The group responsible, Boko Haram, has issued more threats and wreaked more havoc since the kidnapping, but over the past three weeks, the kidnapping has slowly received more and more coverage and support from other countries and daily protests demand more efforts to bring the kidnapped girls back home. This extra effort and support could, according to the president's announcement, help finally end the terrorism.

Ukraine
May 4 - Ukrainian activists decided to vote on a referendum that would determine their status as a nation, either independent from Russia or part of the major superpower. Much has been done in preparation for the vote, which allows residents to answer the question, "Do you support the act of proclamation of independent sovereignty for the Donetsk People's Republic?'' On May 8, Putin called to postpone the vote in order to create "necessary conditions of dialogue," according to the Washington Post, but Ukraine plans to go ahead with the vote anyway.

Seoul, South Korea
May 1 - The father of one of the teens aboard the ferry Sewol released a video taken by the young passengers as the ship sank on April 16. The body of 17-year-old Park Su-hyeon was found the next day, along with his cellphone on which the video was stored. There were a lot of high school students on the ferry and the video shows their mood progression from light Facebook jokes to earnest confessions and deep fear, helping viewers comprehend the gravity of the situation. 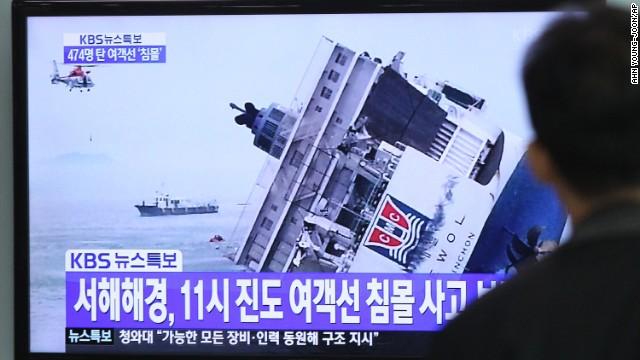 Photo: A new video sheds light on he individual reactions about the ship that sank in South Korea.

Photo: A new video sheds light on he individual reactions about the ship that sank in South Korea.

Syria
May 6 - Syrian rebels postponed a treaty signing between themselves and the Syrian army until May 7. The treaty would mean a cease-fire that would allow the Syrian army to deliver food and supplies to the rebels, but a postponement might create more tension and delay necessary aid. Prisoner releases and negotiations would also take place. Officials hope that this will help the warring groups reach some kind of resolution.