La Paz, Bolivia
Nov. 22 – A 6.2-magnitude earthquake struck 115 miles to the southeast of Santa Ana, Bolivia at a depth of approximately 330 miles. Residents of La Paz, Bolivia's capital, located about 215 miles from Santa Ana, felt the quake and some had to evacuate, but there have been no reports of injuries or damage. 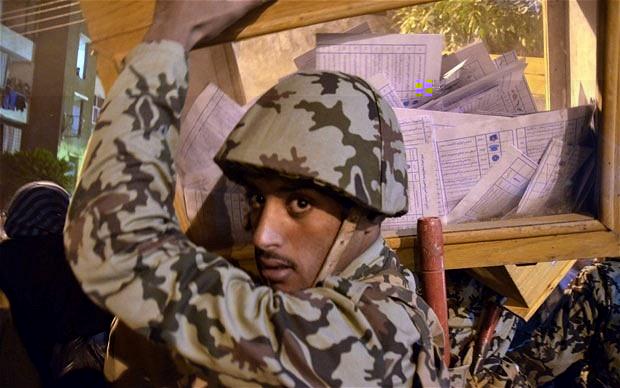 Photo: A soldier collects ballots after a historic election in Egypt.

Photo: A soldier collects ballots after a historic election in Egypt.

Cairo, Egypt
Nov. 28 – Egyptian citizens were allowed to participate in the first parliamentary elections since the fall of former dictator Hosni Mubarak. The vote is considered historic due to the immense turnout and to the length of time between this election and the last. Voters voiced concerns about the delay of distribution of ballots and the late opening of many election centers, among other issues. Though police encountered no violence during the actual day of the election, 88 people were injured during nighttime attacks in Tahrir Square.

Guadalajara, Mexico
Nov. 24 – The bodies of 26 men were found inside three abandoned vehicles parked near a city monument. The discovery came just one day after 16 bodies were found in two burned trucks in Sinaloa. Authorities have not said whether the murders were drug-related, and the most recent victims were found with a message that police have not yet disclosed. 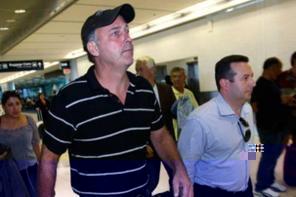 Photo: Gary Giordano returned to New York City this week after being released from an Aruban prison.

Photo: Gary Giordano returned to New York City this week after being released from an Aruban prison.

Oranjestad, Aruba
Nov. 25 – An Aruban judge ordered the release of Gary Giordano, an American who is suspected of being involved in the disappearance of Maryland native Robyn Gardner. The decision prevented Aruban police from retaining Giordano for another 30 days and allowed him to return to the United States. Prosecutors appealed the ruling on Nov. 30, but the request was denied.