This is not original reporting. All information has been compiled from CNN.com, The Washington Post and The New York Times. Silver Chips Online posts this news summary to provide readers with a forum for discussion. 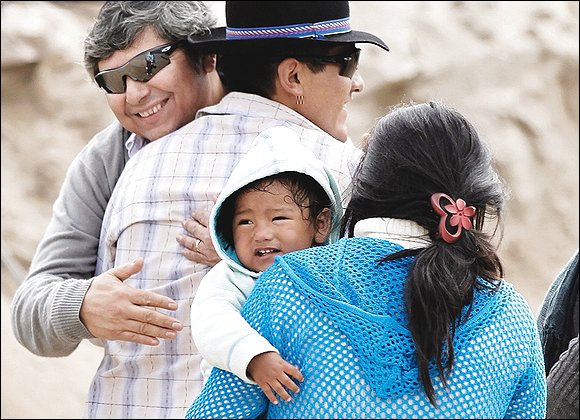 Photo: The Chilean miners reunited with their families after over two months of being trapped in the underground mine.

Photo: The Chilean miners reunited with their families after over two months of being trapped in the underground mine.

Chile
Oct. 13 – 69 days after the Copiapo mine collapse, rescue teams brought all 33 trapped Chilean miners safely to the surface. Rescuers used a missile-shaped capsule named "The Phoenix" to haul the miners one by one up through a drilled tunnel that extended to the miners' were location, approximately 2,200 feet underground. On-site physicians deemed that all of the men were had above-average health under the circumstances. At 69 days, the 33 miners set a record for the number of days survived after a mining accident.

Philippines
Oct. 18 – Typhoon Megi, also known as Typhoon Juan, hit the Philippines, cut off electricity and caused building damage country-wide as well as resulted in two reported deaths. The typhoon packed sustained winds up to 140 mph and gusts up to 162 mph. Megi also caused heavy flooding in Vietnam, where 30 reported deaths have occurred, as well as southern China in which about 140,000 people have been evacuated. Megi is the strongest typhoon to hit the Philippines in four years, with the previous typhoon killing about 1,000 people in 2006. 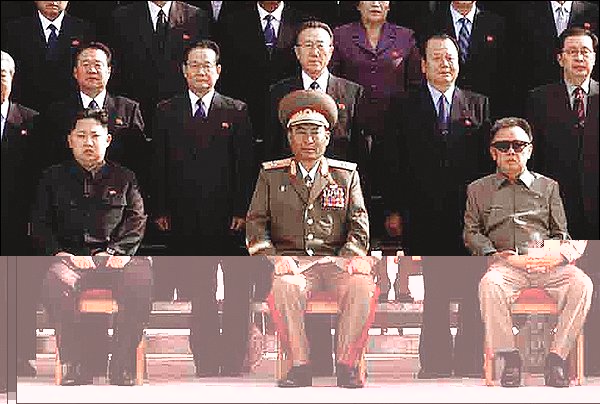 Photo: Kim Jong-un (seated at left) is expected to succeed his father, Kim Jon-il as Supreme Leader of North Korea.

Photo: Kim Jong-un (seated at left) is expected to succeed his father, Kim Jon-il as Supreme Leader of North Korea.

North Korea
Oct. 10 – Supreme Leader of North Korea Kim Jong-il attended a large-scale Workers' Party anniversary celebration with youngest son Kim Jong-un, confirming Kim Jong-un as his successor. On Sept. 28, Kim Jong-un was also promoted to military general which is a prerequisite for ascending to power. The decision of Kim Jong-il's heir first gained international focus after the leader suffered a stroke in 2008. Kim Jong-un is believed to be 27 or 28 years old and to have attended school for a period in Switzerland, due to his ability to speak English and German. Eldest son Kim Jong-nam was the previous heir until he attempted to visit Japan using a fake passport, causing a scandal in 2001.

Germany
Oct. 5 – European intelligence officials determined that a group of jihadists, located in Hamburg, Germany, were behind an al-Qaeda plot to launch terrorist attacks on several European cities. The terrorist plot was allegedly based off the terrorist attack on Mumbai, India in Nov. 2008, in which 160 people died. According to German officials, the members of this group were recruited from a Hamburg mosque that Mohamed Atta, lead hijacker in the 9/11 attacks, also attended in the 1990s. In response to this situation the U.S. government issued a Europe-wide security warning for Americans traveling in the continent. Numerous European nations including Germany, Britain and France issued similar advisories for their citizens.