This is not original reporting. All information has been compiled from ABC News, the New York Times, BBC News, and the Chicago Sun-Times. Silver Chips Online posts this news summary to provide readers with a forum for discussion. 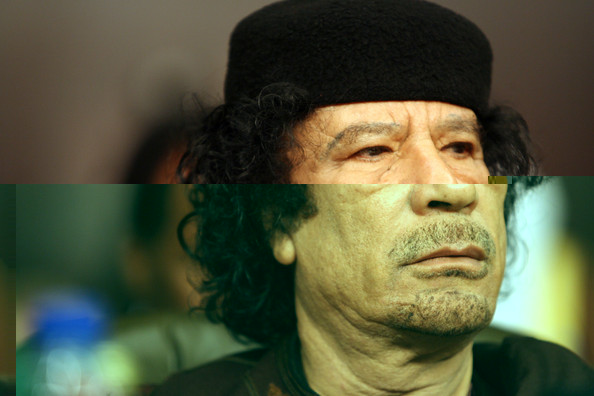 Photo: Libyan dictator Muammar Gaddafi, who often styled himself as "the Brother Leader" and "Guide of the Revolution," was killed by rebel forces this past week.

Photo: Libyan dictator Muammar Gaddafi, who often styled himself as "the Brother Leader" and "Guide of the Revolution," was killed by rebel forces this past week. Photo courtesy of Associated Press.

Oct. 20 – Libyan Prime Minister Mahmoud Jibril announced the death of dictator Muammar Gaddafi, who, after the killing of Osama bin Laden, became the world's most wanted man. His 42-year reign came to an end when rebels captured him and his son Muatassim in the town of Surt, Gaddafi's birthplace. NATO and the White House were unable to confirm the death until brief video clips of the captured dictator and his son prior to their murder surfaced. The National Transitional Council, head of the revolutionary movement, is the current de-facto government of Libya.

Havana, Cuba
Oct. 20 – Venezuelan President Hugo Chavez stated that he has beaten cancer, though he has yet to announce the specific kind of abnormal cellular activity. Chavez, who announced his condition less than five months ago, has undergone four sessions of chemotherapy since then. Despite the president's assurance that he is healthy and prepared to run in next year's elections, medical professionals have cast doubt upon his "cancer-free" claims. 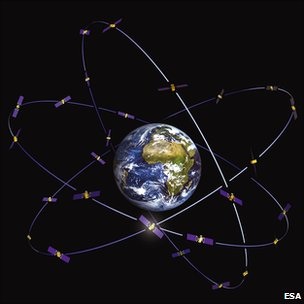 Photo: Europe sent out the first two satellites of Galileo, its replication of the Global Positioning System (GPS).

Photo: Europe sent out the first two satellites of Galileo, its replication of the Global Positioning System (GPS). Photo courtesy of the European Space Agency (ESA).

Kourou, French Guiana
Oct. 21 – Europe launched the first satellites of its Galileo global navigation system using a Russian Soyuz rocket. The European Commission (EC) has invested 7 billions euros into the project, which is intended to replicate and improve upon the U.S. Global Positioning System (GPS). The two satellites will perform what the EC calls In-Orbit Validation (IOV), or testing and verifying the functionality of Galileo.

Perth, Australia
Oct. 22 – A great white shark killed a recreational diver near Perth, marking the third fatal attack off the southwest Australian coast in two months. The victim, a 32-year-old American whose identity has yet to be disclosed, was diving 500 yards beyond Rottnest Island, only 11 miles west of where authorities found the tattered swimming trunks of another victim, a 64-year-old Australian, on Oct. 10. A 15-foot shark is also believed to have bitten the legs off a 21-year-old bodyboarder on Sept. 4. The Australian state government, which reports fewer than two aquatic attacks per year, will likely use aerial surveillance along the west coast to search for the rogue shark.