This is not original reporting. All information has been compiled from the Washington Post, National Public Radio (NPR) and various news podcasts. Silver Chips Online posts this news summary to provide readers with a forum for discussion.

The Ebola outbreak
Oct. 2 - The Ebola outbreak has now seen its first documented case in the United States. Last week, health officials in Dallas confirmed that a Liberian man who traveled to Texas to visit his family has Ebola. Officials say that they are confident that they can prevent the spread of the disease to other areas of the United States by quarantining the sick man and his family. Governments worldwide continue to commit resources, such as money and medical expertise, to preventing spread of disease. 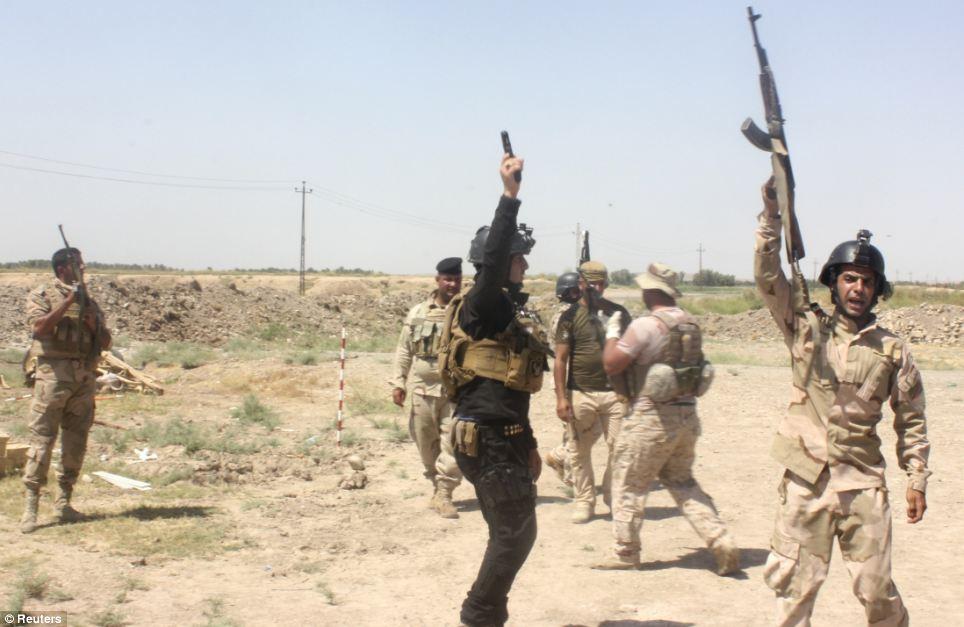 Photo: Iraqi government forces have also made strikes against ISIS.

Photo: Iraqi government forces have also made strikes against ISIS.  Photo courtesy of The Daily Mail.

Battle against ISIS
Sept. 26 - President Obama broke his pledge to not wage a new war beyond Iraq and Afghanistan by ordering aircraft and cruise missile strikes against the terrorist organization Islamic State in Iraq and Syria (ISIS). The strikes, which occurred in parts of Iraq and Syria, harmed the military and communications infrastructure of the terrorist group. They have been added distractions to an already tense government situation. ISIS is considered a growing threat to the United States and other countries around the world.

Hong Kong protests
Oct. 3 - In 1997, Hong Kong returned to Chinese communist control after having been separated for 99 years. The Chinese government promised to allow Hong Kong to maintain certain democratic practices such as voting. Recently, however, the Chinese government began imposing limits on democratic voting by screening the candidates. This spurred massive protests from Hong Kong high school and college students. The students shut down major streets in the city in a standoff with government leaders, who so far have refused to yield to demands for greater democratic freedoms. The greatest fear is a possible repeat of the Tiananmen Square Massacre in Beijing in 1989.