Today, First Lady Michelle Obama and Deputy Secretary of State Heather Higginbottom commended the work of the ten Secretary of State's International Women of Courage Award recipients. Established in 2007, the award is given to women who have displayed immense strength in combating international health, human rights and political issues, which has in turn aided, liberated and inspired women around the world. 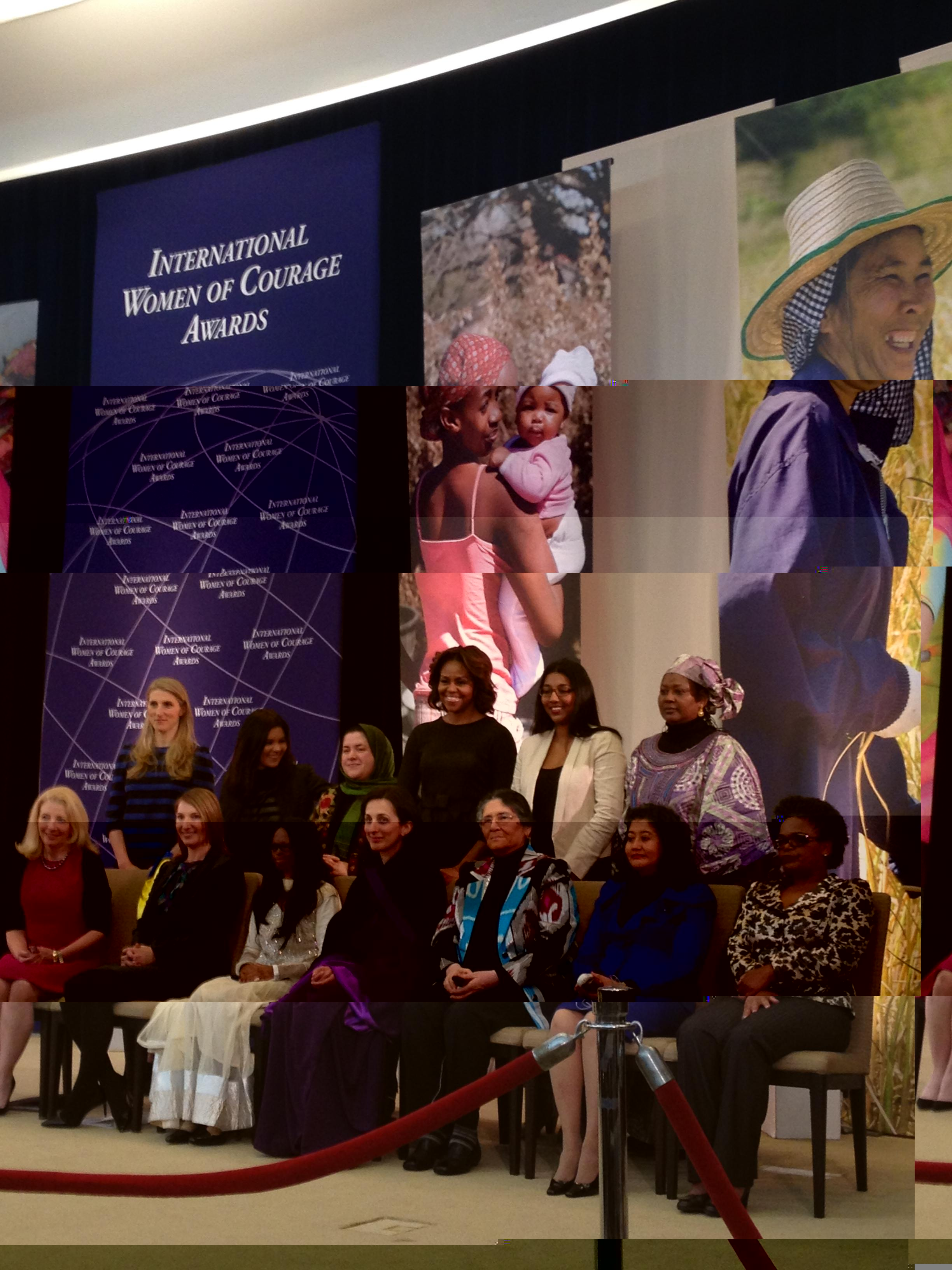 This year, the honorees came from ten different countries. From sneaking around the Taliban to care for patients, to bringing governmental attention to obscure victims, to advocating for women equality in face of the threats of violence around them, these women demonstrated courage when all hope was lost and brought optimism to women when there was none to be found.

The First Lady also gave a special shout out to American students, encouraging them to take part in schooling on their own. "On stage today, we have doctors and lawyers, we have a bishop, even a classically trained musician. These women have spent years in schools and universities equipping themselves with the knowledge and skills they now use to tackle the challenges before them," she said. "And that is the message I'm sharing with young people across America, urging them to commit to their education so that they too can write their own destiny." 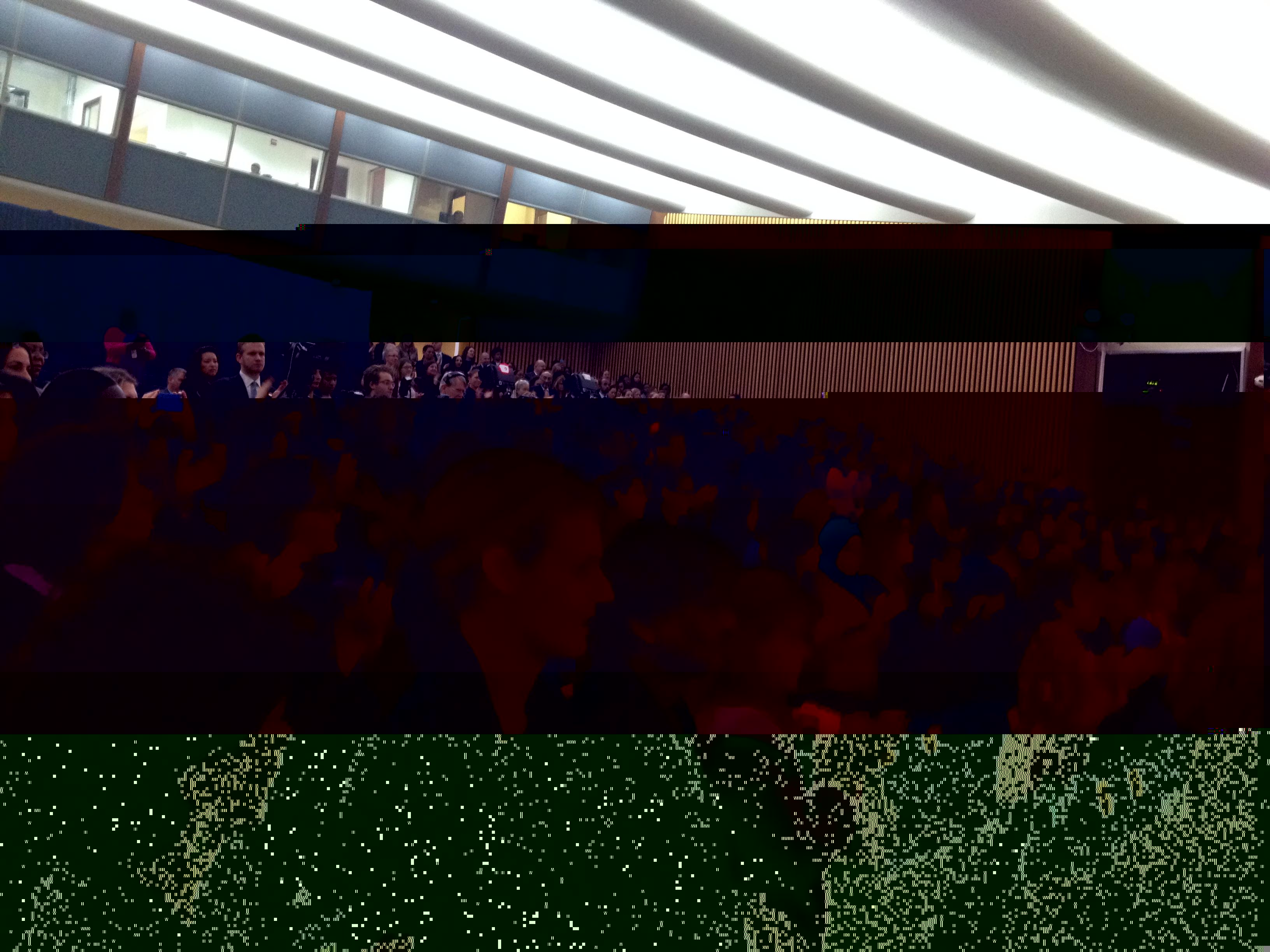 Hingginbottom took the place of Secretary of State John Kerry, who delivered the awards last year, as he left for an urgent meeting in Ukraine last night.

Health Care
Several of the women were awarded for their strength in advocating for women's health.
Dr. Nasrin Oryakhil, the director of the Malalai Maternity Hospital in Afghanistan, founded an emergency care center for obstetric fistula repair. Even after the Taliban threatened and beat her at her clinic, she continued to perform surgeries and care for her patients. Laxmi, an honoree from India, campaigned against acid attacks in India after she was a victim of the attacks herself at age 16. Laxmi brought her petition of over 27,000 signatures to the Indian Supreme Court, leading to the stricter regulations to buy acid and prosecute acid attackers. Fatimata Touré, the executive director of Groupe de Rechercher, relocated and attended to victims of rape and domestic violence, not stopping even after extremists threatened to attack.

Human Rights
Beatrice Mtetwa, a human rights lawyer, fought for women's equality in Zimbabwe and covered countless cases for social justice and civil rights. Oinikhol Bobonazarova, the Director of NGO Perspektiva Plus in Tajikstan, is known for her steadfast commitment to women's rights and torture detention centers, from the end of the Tajik civil war to her nomination as President of Tajikstan. Ruslana Lyzhychko, a EuroMaidan volunteer, originally a famous pop music artist, used her influence to lead democratic reform and change in the human rights sector. Iris Yassmin Barrios Aguila of Guatemala was the presiding judge against the genocide trial of a former Guatemalan dictator. 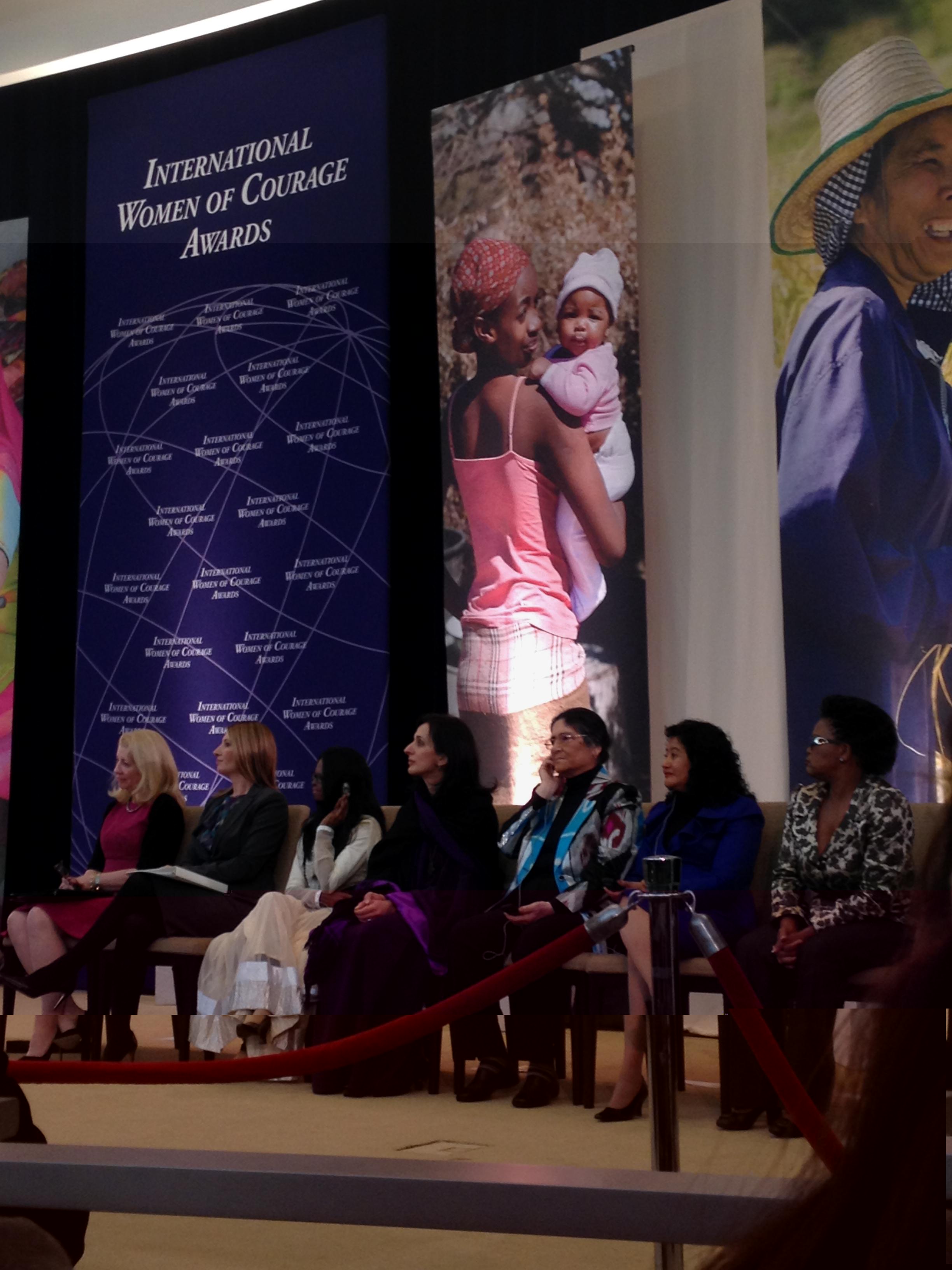 Photo: The honorees listen to the First Lady give opening remarks regarding education and courage.

Photo: The honorees listen to the First Lady give opening remarks regarding education and courage.  Photo courtesy of Aanchal Johri.

Politics
Roshika Deo battled heated threats of violence and inspired women throughout the country through her outspoken demonstrations. Bishop Rusudan Gotsiridze promoted religious tolerance and equality in Georgia for the Muslim minority, a difficult feat for a woman among male religious figures.

Sophomore Alianna Agnamba recognizes that the issues are hard to face. "We don't see a lot of the women struggles in the United States. In other countries, they face travesties we don't see here," she said.

However, as the First Lady say, anyone can demonstrate courage in their every day lives. "That is the courage that we all must challenge ourselves to summon every single day in our own families, in our own communities," the First Lady said. "And if we can do that, then we won't just be making a difference for those closest to us, we'll be creating a ripple effect of our own."

The media coverage of the event can be found on the U.S. Department of State website here.