Students rush into Allie Coyle's class, hurriedly taking their seats, chairs squeaking against the floor as they prepare for class. They know if they are absent they won't be able play in their intramural soccer game at lunch. The daily lunch games are incentives for many students to go to class and are something to look forward to in the morning. Intramural soccer is for all skill levels and has different levels of competition for students who are looking to have fun and play serious.

The league is run by Coyle, a science teacher and assistant boys soccer coach, and Rita Boulé, Blair's athletics director. They supervise the games, organize information meetings and recruit players. Employees from Rec-Zone also help out with the league by refereeing the games. Coyle loves managing the league because she gets to know the kids better and sees a spike in her class attendance when the season starts. "I definitely saw a big spike in attendance. It also gives me a chance to get to know the kids in a different way and I think that's really strong," Coyle says. 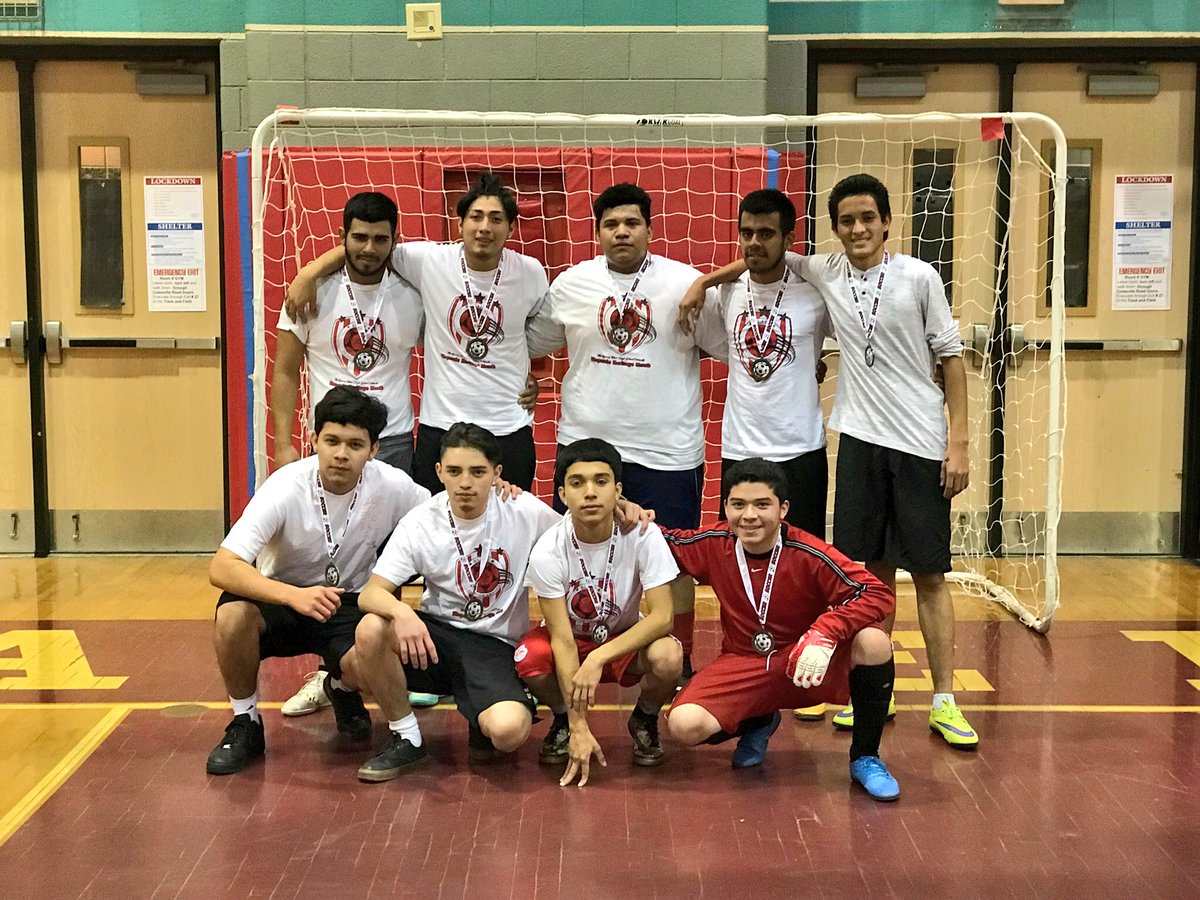 This is the second year Blair has held an intramural soccer league. The league consists of 15 teams with nine players on each. Seven to eight teams each play a ten to 15 minute game in the gymnasium during lunch. The players are mostly students from the ESOL program, but there are other teams and students that are involved, giving the league a large variety of students. Most of the kids already know how to play soccer and many of them are on the soccer team at Blair. "Junior Gael Sullivan is another player in the league from the varsity soccer team who really enjoyed the pace of the games and the competition. "The competition is fun. Everyone is there to win but also have fun. The quick pace of the games is exhilarating and the atmosphere from the crowd really makes for a fun time," Sullivan said.

The games even gather crowds during lunch, giving the league a more intense atmosphere. Junior Hector Cruz Santos likes having the crowd even if he gets heckled. "I enjoyed the presence of the crowd a lot. It was funny when they would make fun of a players mistakes. One time I missed an easy goal and got laughed at but it was all fun and games," Santos says.

After the regular season, there were single elimination playoffs. Santos' team only lost one game in the regular season and went on to win the championship for period five lunch. He attributes most of their success to their ability to work together. "I think we won all the games including the finals because of teamwork. When we played as a team we looked good and were able to win a lot of games," Santos says.

The games got very competitive at times, but for the most part they are just for fun. The solid competition intensifies the games and encourages players to try harder. More information can be provided by Coyle or Boulé about the next season of intramural soccer. Players will be working on their game to prepare for next fall where they will compete to win the intramural soccer championship.