In this age of tired remakes and reboots, it's easy to be cynical. Popular franchises (I'm looking at you, The Hobbit) release low-quality, uninspired hogwash to trick dedicated viewers into paying money for movies they don't need. But, Rogue One proved to be different.

When Rogue One was announced, I was initially skeptical of the first addition to universe's anthology series, which feature familiar characters and events separate from the main films. Not only did Rogue One exceed expectations, it set an impressive standard for all future Star Wars movies by telling an initially less than interesting story with integrity and a unique spin on the already well-established franchise. 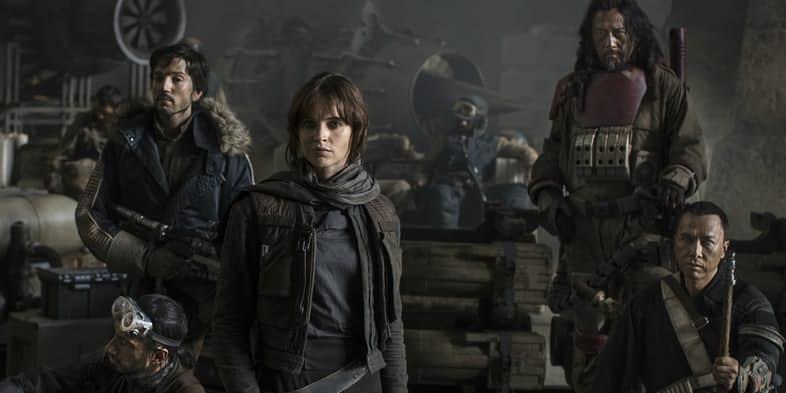 Photo: Rogue One is the first of three stand-alone films in the Star Wars anthology series

Photo: Rogue One is the first of three stand-alone films in the Star Wars anthology series

One of the most striking improvements from last year's The Force Awakens to Rogue One is its gorgeous cinematography. Fascinating landscapes, imposing structures and fast-paced battles are among the most visually striking of the eight existing movies, all of which is done with care to make sure the rapid changing of locations throughout the movie doesn't become repetitive. While the expected explosions and laser blasts were well-done, one of the most memorable aspects of the film was the immense scale of the Empire and their weapons. The Death Star is breathtakingly massive as is the havoc it wreaks. In Rogue One even Imperial ships manage to instill a new sense of fear despite seeing them in four other movies. The generally dull and muted tone contributes to the ever-present feeling of hopelessness as well as making the brighter and more colorful scenes stand out.

However while a good-looking film is nice, what really matters is the acting and plot. Taking place before Episode IV, Rogue One is the story of a group of rebels retrieving the plans for the Death Star against overwhelmingly negative odds, to destroy the infamous super weapon. The exposition is a bit slow and causes the first half to drag on, but as soon as the rebels set out on their mission the action and overall quality of the movie improve drastically. The dialogue is acceptable but not particularly memorable besides a few lines, and the acting is about the same. Chirrut Imwe (Donnie Yen) steals the show as a blind monk following the will of the force. With such a unique background and martial arts prowess, he manages to dominate every scene he's in. That is, unless wisecracking droid K-2SO (Alan Tudyk) isn't there, serving as the main source of humor throughout the generally serious film.

Although it may start off slow, Rogue One is ultimately a welcome addition to the growing list of Star Wars movies. Filled with fast-paced action, intriguing locales and a compelling story, it sets up the future while paying homage to the past.