Is College Board evil?

On its website, the College Board describes itself as "a mission-driven not-for-profit organization that connects students to college success and opportunity." The original idea, which can be traced way back to the early 20th century, was to offer college level classes and exams to high schoolers. The courses aimed to bestow talented students with the kind of rigorous academic classes that they will encounter in college, and even offer college credits for their success in such classes. 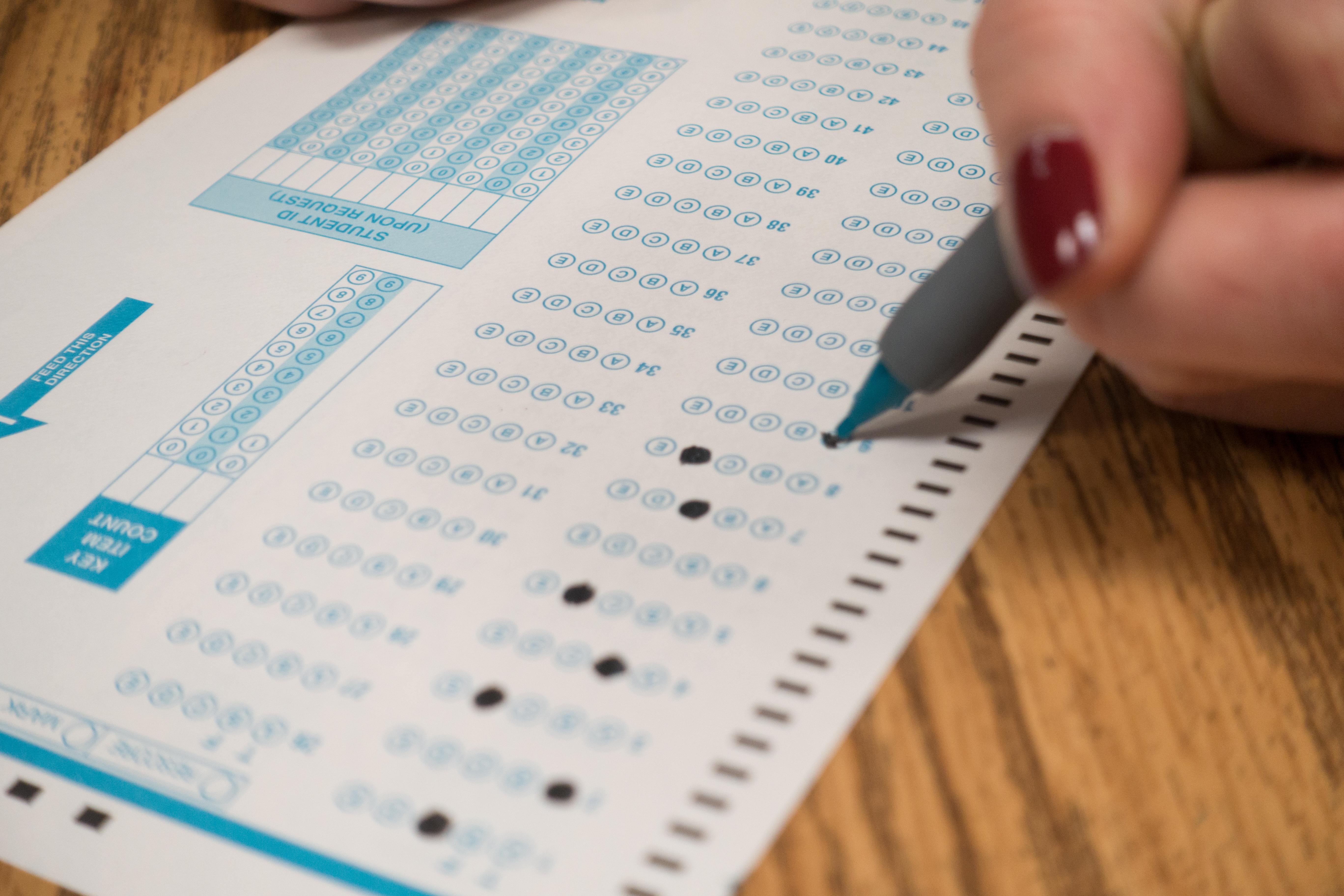 Photo: The College Board, which creates AP tests and curricula, as well as the SAT, is technically a non-profit.

Photo: The College Board, which creates AP tests and curricula, as well as the SAT, is technically a non-profit. Photo courtesy of Nicholas Fechner-Mills.

Well, sometime in the last fifty years or so, the idea of Advanced Placement (AP) classes, SAT tests and College Board as a whole, has been corrupted. The non-profit draws criticism in nearly every aspect of what it does, not the least of which is being a non-profit.

Too hefty a price tag
In 2009, the College Board's profits were 8.6 percent of its total revenue, a number that would be impressive even amongst for-profit corporations. In 2006, the College Board made $50 million in profits of a total of $580 million in revenue. These profits are the money that is made in addition to what the College Board plans to spend on test development and programs to help prepare students for college.

The price of AP and SAT testing has increased exponentially since 2010. "When a non-profit company is earning those profits, something is wrong," the Americans for Education Testing Reform (AETR) writes. The AETR's "Scorecard" gave the College Board a "D" and cited multiple areas of misconduct, including serious allegations such as exorbitant officer compensation, inadequate grading performance and unacceptable political manipulation.

The trouble with AP
The Advanced Placement program, which consists of AP courses and exams, accounts for more than half of College Boards revenue and, at a glance, it would appear that the program is wildly successful. A study conducted by the Thomas B. Fordham Institute, an education research and advocacy organization, noticed a dramatic increase in popularity of the program. The number of high schoolers who took at least one advanced placement course increased by 45 percent over a four-year span, and the number of AP exams that these students took increased by 50 percent.

When teachers were asked about the quality of the courses and the reason for this sharp increase, however, responses did not favor College Board. Many teachers agree that these college-level high school courses don't hold a candle to the actual college classes that they are supposedly replacing. More and more students are saying that it is more valuable to take the introductory course in their department than to try getting out of it with AP credits. Many colleges are also becoming tougher and tougher about which scores grant college credit. The idea that taking AP level courses enables ambitious students to avoid part of their college tuition by early accumulation of credits is therefore no longer entirely true.

As for the sharp increase in the popularity of the AP program, concerns with it have grown just as rapidly. In the study by the Fordham Institute, 90 percent of teachers attributed the recent success of AP to "more students who want their college applications to look better." Researchers determined that only a fraction of students actually enrolled in Advanced Placement classes for "intellectual aspirations."

This study brought up another important question: If the education system is moving so quickly to fit new students into AP classes, can they be sure that the experience is still as enriching as it was when the program was more narrowly focused on select pupils? It is true that with so many new faces joining the AP ranks that the content could be diluted to make it possible for a wider base to be able to succeed. Supporters see equal access as an educational right, but some students may be ill-prepared for the rigor of these classes, while others are being shut out.

Included in the group that is being largely shut out are minority students, whose enrollment in AP classes lags far behind that of their white and Asian peers. Students who actually take college-prep courses and pass them are disproportionately affluent, white, or Asian. Black and Latino students make up 37 percent of high school students but only 27 percent of students taking an AP class and 18 percent of students passing AP exams, according to the Department of Education.

All of the testing and pressure that has resulted from the College Board has largely proved ineffective and unfair to students. AP tests and the SAT's have turned college apps into something from a nightmare. Instead of focusing on a university's attributes and qualities, students today must go through incredible amounts of stress to make sure their four-digit SAT score is inside the range of what good colleges will accept.

Test of aptitude or affluence?
Beyond stress, the SAT's have terrible and more important underlying problems that disadvantage millions of high schoolers. As of 2014, there was a four hundred point difference in scores between the highest and lowest income students. To many, the prevalence of test prep and expensive coaching reinforces privilege rather than merit. Plus, the students who would benefit the most from extra tutoring can't afford it.

Originally, the tests were meant to give colleges a way of universally ranking students, no matter what part of the country they came from. Since the United States is so large, there are many different education systems that create different tests and have different standards. The SATs and other exams were made for colleges to directly compare students from different regions. While they once had good intentions, the tests are now bogged down with problems that make them unnecessarily difficult students have to circumnavigate. While purporting to present colleges with a means of accurately comparing candidates, the College Board is often presenting simply a measure of how much test preparation a student could afford.

Since the College Board was originally made for the students, of course it could return to a system that can benefit high schoolers again. First off, the CEO and the upper echelon of authority within the corporation need to prove to Americans that the College Board really is a non-profit. The $50 million surplus can be used for good. Cut costs of AP's and SAT's for students so everyone can afford to take them. Make sure that the AP course loads and standards are consistent with a college level classroom. The ideals of this corporation are not the reality right now, but they could be. Establishing a way for colleges to compare students is a worthwhile goal, but especially in recent years, the College Board has strayed from that purpose, and instead burdened students and schools with burdensome fees and unwelcome stress.