Miss Philippines had to leave without her deserved crown

88 beauty queens traveled to Las Vegas, Nev., on Wednesday night to battle it out for the highly coveted title of Miss Universe. The contestants are judged on overall beauty, floor presence, outfits and responses to questions asked by the judges. As the pageant progressed, contestants were eliminated and the final five came down to Miss Philippines, Miss USA, Miss Brazil, Miss Australia and Miss Venezuela. To my surprise, Miss USA, Olivia Culpo, took the crown as Miss Universe 2012. And by surprise, I don't necessarily mean anything pleasant.

Falling out of the competition 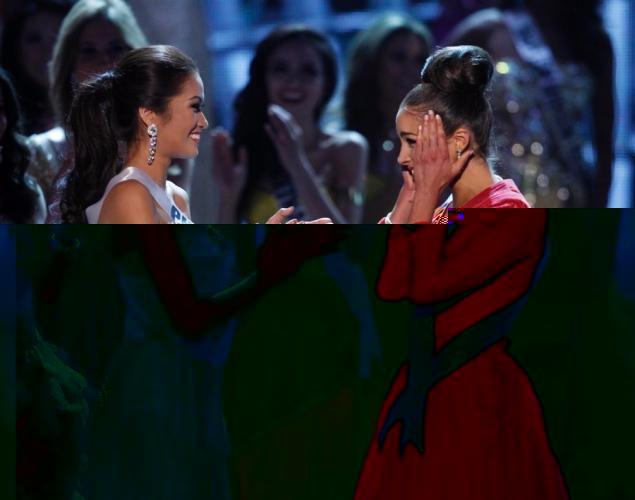 Photo: Whether it was the right decision or not, Miss Philippines shared Miss USA's happiness in becoming Miss Universe 2012.

Photo: Whether it was the right decision or not, Miss Philippines shared Miss USA's happiness in becoming Miss Universe 2012.

As only viewers of the pageant, we totally understand that these beauty queens are human and it is impossible to avoid making mistakes. But we do, however, hold an expectation for a contestant of Miss Universe to be able to walk gracefully in high heels, whether she has to come down stairs or spin around in them. Miss USA stumbled in the evening gown portion of the event, and while many argue that she couldn't be criticized for that because she didn't fall to the floor, it's important to keep in mind that the other contestants in the top five were able to make it through their walk perfectly.

Wait, what did she just say?
Miss Venezuela was definitely a crowd favorite in the beginning of the pageant and could easily be seen taking the first runner up spot or Miss Universe 2012. However, when the question and answer portion came around, she made the mistake of choosing to speak in English, which was clearly not her first language, as her responses made absolutely no sense. I honestly don't even know if she got out even one grammatically correct sentence, but I will say that she was at least smiling the whole time! 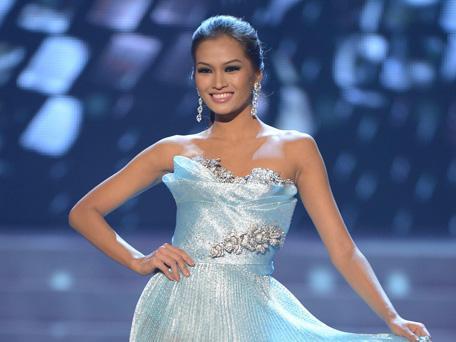 Photo: Miss Philippines, first runner up for Miss Universe 2012, got a lead in the pageant with her well thought out answer.

Photo: Miss Philippines, first runner up for Miss Universe 2012, got a lead in the pageant with her well thought out answer.

While everyone was switching their bets from Venezuela to Philippines, Miss USA picked her question, which was whether she had ever done something she regretted. Culpo answered, "I'd like to start off by saying that every experience no matter what it is, good or bad, you'll learn from it. That's just life," she said. "But something I've done I've regretted is probably picking on my siblings growing up, because you appreciate them so much more as you grow older." A solid answer, but as the crowd began clapping, she ruined it by saying, "But I don't regret it!" Well, Miss USA, thank you for making all of America face-palm as you completely missed the point of the question. 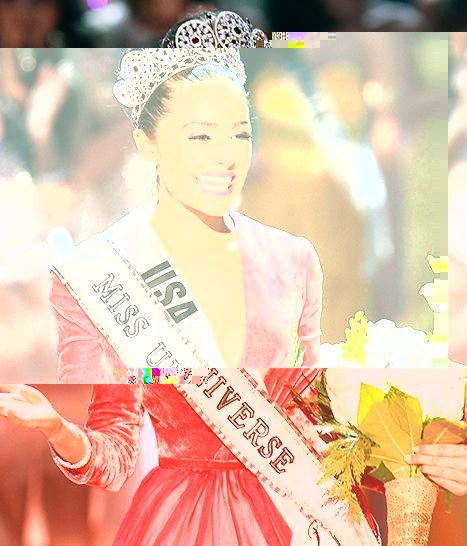 This year, Miss Universe was hosted in America, and the pageant itself is co-owned by Donald Trump. With a mediocre answer, a basic evening gown and a personality that's easy to forget, how else could Miss USA have won? Despite arguments that America has hosted the pageant plenty of times without choosing an American winner, it may have been that Trump and other American judges agreed it was America's turn.

I am not saying that Olivia Culpo is a disgrace to pageants. She is a beautiful, smart woman who has definitely done a lot of good deeds for this world. What I am saying is that almost everyone would have guessed that she would have become fourth runner up, rather than the winner. In my opinion, Miss Philippines was the most qualified woman of the pageant, performing flawlessly in each category, and deserved that title.