Aliens, Lebron James and Bugs Bunny definitely make my top ten list of things I enjoy watching on TV, but is it a good idea to combine the three? Warner Bros. certainly thinks so, and the final product will be a summer release of a sequel to the famous live action/animation movie, Space Jam.

People are well aware of all of the things that Disney owns. ESPN, Marvel and Star Wars are only a few brands that fall under the super-company's umbrella. Film competitors Warner Bros. have also been making numerous transactions over the last few years, and among them are a multi-year deal with Cleveland Cavaliers star Lebron James and the rights to the Looney Tunes cult classic Space Jam. Director Justin Lin will soon be bringing these two entities together in an upcoming sequel.

The original Space Jam movie featured some of the all-time greats of the sport of basketball, including Charles Barkley, Patrick Ewing, Muggsy Bogues and most notably Michael Jordan. The characters from Looney Tunes (Bugs Bunny and friends) are challenged to a game of basketball by a group of aliens. The aliens gain the upper hand by stealing the basketball powers of the aforementioned players (excluding MJ), and Bugs retaliates by recruiting Jordan to the Looney Tunes team. What ensues is perhaps the most famous live action animation scene in film history: Michael Jordan versus freaky alien monsters. 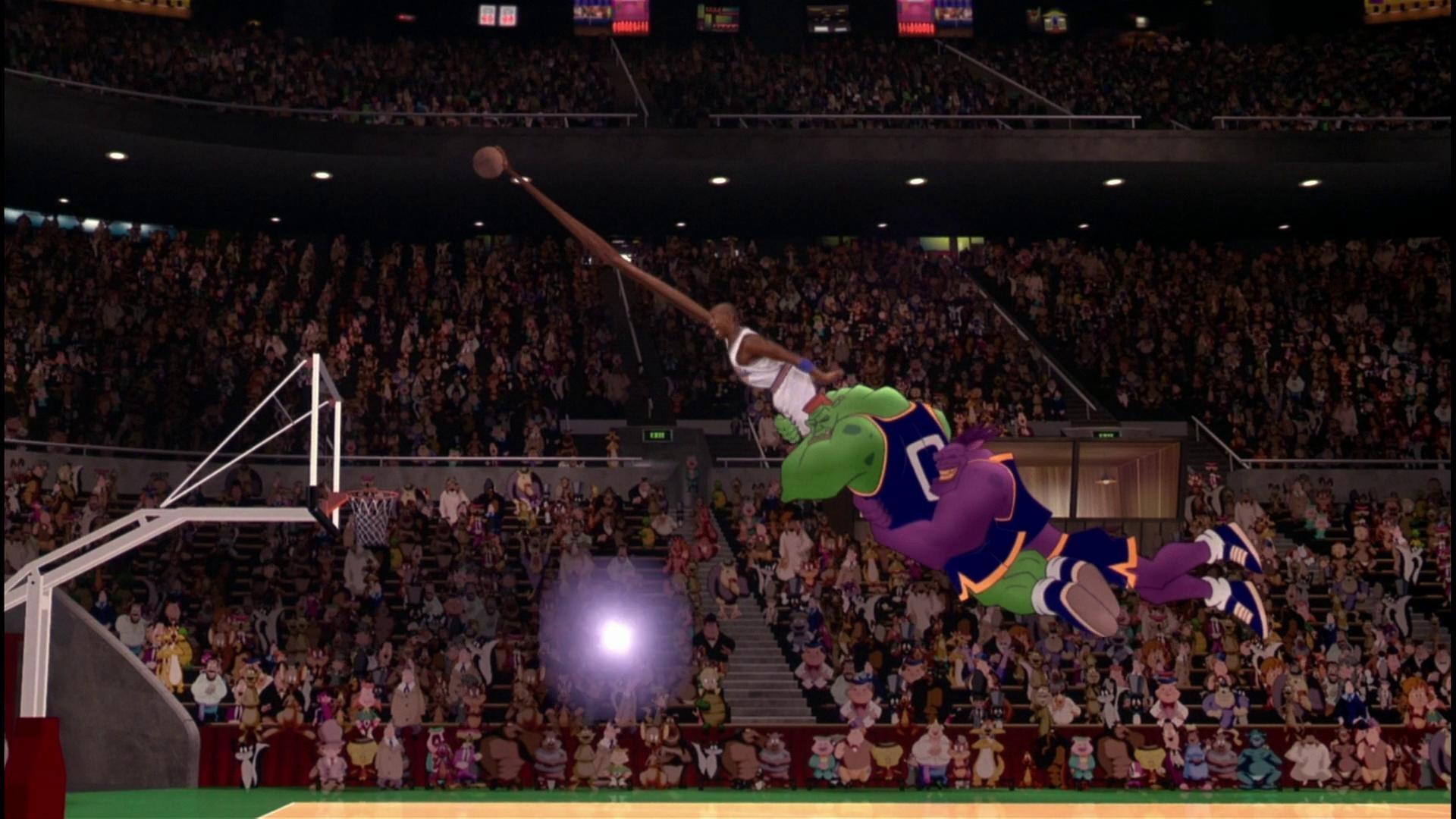 Photo: Michael Jordan performs a ridiculous dunk over two of the MonStars in the original Space Jam.

Photo: Michael Jordan performs a ridiculous dunk over two of the MonStars in the original Space Jam.

Fans of James and Oklahoma City's Kevin Durant (also expected to make an appearance in the sequel) are excited to hear that the newer generation of NBA stars will get to play alongside animated characters just like their predecessors. But for the older contingent, who grew up with Jordan and Barkley, remaking the movie is almost sacrilegious. It also serves to reopen the debate that is currently running rampant throughout the world of sports: which team is better, Stephen Curry's 73-win Golden State Warriors, or Jordan's 72-win Bulls?

The argument is silly. Curry and the Warriors say that the competition is harder now, and a tough travel schedule makes their feat more difficult. Jordan and the Bulls claim that three pointers have made winning easier, and that the Bulls' perimeter defense would have stopped Curry and teammate Klay Thompson. The only person whose opinion would really mean anything to me is Steve Kerr, current Warriors coach and former Bulls player, but he has made the smart decision not to comment on the matter.

As for what camp I stand with when it comes to Space Jam, I side firmly with Jordan. The film is a classic, and can only really work when MJ is the star. One iconic moment towards the end of the movie, Jordan's crazy half court dunk, is an homage to the logo on his clothing and can work with one player and one player only. The supernatural nature of the movie also only works when paired with MJ's ability to fly, as shown by the ridiculous dunks he pulled off throughout his career. Jordan's isn't the only legacy being tarnished by a Space Jam sequel. There hasn't been a Looney Tunes movie in over ten years, and there's no way that "The Fast and the Furious" director Justin Lin can do the franchise justice.

According to Blair junior Andre Colon, it's just not right to infringe upon the legacy of the greatest basketball player of all time. "It's disrespectful, man," says Colon. "He was the best ever, and everything's getting taken away from him. Space Jam would be like, one step too far, you know?"

The modern obsession with becoming the greatest of all time is absurd. There will never be any way to fairly judge Lebron James against Michael Jordan, Peyton Manning against Joe Montana, or Calvin Johnson against Jerry Rice. But there's also no real reason to do it. Anybody who knows anything about sports can accept that both James and Jordan are great players, and were dominant in their respective times periods. Taking Space Jam away from MJ is a money grabbing scheme on the part of Warner Bros., and I will not take part in it.

As far as Lebron James is concerned, he should just stick to his original comedies. I heard that Trainwreck wasn't nearly as bad as the name would suggest. And if it ever comes down to which Looney Tunes team was better, James' or Jordan's, I don't think that the chemistry and low-post dominance between MJ and the Tasmanian Devil will ever be topped. That's all for now, folks.