"Is Survived By" is highlight of the fall

Since their inception in 2007, Los Angeles' Touché Amoré (TA) have been wailing away about the troubles they confront on a daily basis to the violent pounding of drums and roar of guitar. Their songs almost never clocked in past the two minute mark, and were punishingly fast and explosive. With their latest album "Is Survived By", released Sept. 24, they have honed their unique style of hardcore down to a veritable science, creating a dense, resonant and beautiful confessional album that ranks among the best released so far this year. 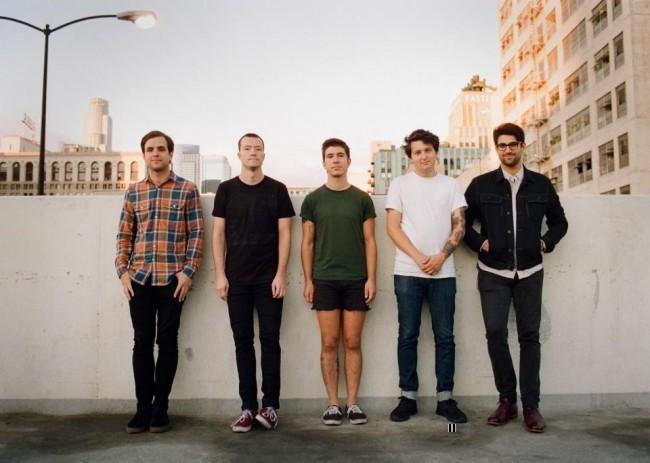 Photo: Touché Amoré knock it out of the park on "Is Survived By."

Photo: Touché Amoré knock it out of the park on "Is Survived By."

It's difficult to find a band quite as honest as Touché Amoré. Lead singer and lyricist Jeremy Bolm has never shied away from raw emotion, and he has become famous in hardcore circles because of it. While previous releases by the band had an overwrought, depressing feel to the vocals, on this record Bolm explores a wider swath of life experiences: from love and heartbreak to fitting in socially to his own place in the hardcore scene. The words sound like they fell right off the pages of his journal, making this record intensely personal. The sadness, loneliness and insecurity Bolm professes to confront in every song are feelings so many can relate to at one time or another, creating some excellent songs to commiserate with. This latest passionate and resonant release leaves Bolm liable to be the center of a lead singer cult like Blake Schwarzenbach of Jawbreaker and, to a lesser degree, Morrissey of the Smiths before him.

Of course, Bolm's lyrics are not the only things that make this release so remarkable. Musically, Touché Amoré has never sounded better. The brevity that defined TA is all but gone. On this release, all of TA's powerhouse instrumentals are given space to breathe; the songs are longer and more prone to percolation between catchy, melodic passages and flailing percussive breakdowns. The band sounds entirely comfortable in its own skin; every note is played with an urgency that is both intense to behold and completely sure of itself. There is also more down time on this record. Entire passages are played with a soft, smoldering intensity as opposed to non-stop aggression, lending a sense of maturity to TA's catalogue.

"Is Survived By," besides being a fantastic step forward for TA, places them at the center of a musical movement that has been struggling to find its footing. Recent years have seen the rise of a discernible nationwide scene centered around bands that defy the typical musical constraints of hardcore and independent rock music in general. Disparate groups ranging from La Dispute to Balance and Composure have toured together and expressed an unwillingness to ascribe their music to a particular genre, even while amassing a respectable following of young fans hungry for an aggressive form of music that is sympathetic to the struggles of everyday life.

Touché Amoré has existed as a supporting act to these and other groups, but this release should cement their status as incredibly capable musicians and worthy headliners. Beautiful, powerful music has never seemed so effortless an endeavor. "Is Survived By" is an incredibly refreshing release, a reminder that a young band with an already well-worn niche can continue to improve from album to album, carrying the promise of more great things to come.