The film had a lot to say; some of it came out wrong

We've all heard it before. A parent thinks you're spending too much time with screens and launches into the same tired tirade: "nobody had a computer when I grew up" or "back in my day we used to make friends waiting around at a payphone." Screenagers is different; it's not an attack on teens or a reminiscence about the good old days, but an invitation to everyone, young and old, to join in a communal conversation about how to avoid the harms of technology while still reaping the benefits. It does contain some stunning research on the effect of screens on the brain, but the interviews feel scripted and disingenuous, and the film itself generally feels very amateur. The film works hard to provoke action and promote change on a pressing issue, but the lack of quality in production limits the audience's investment in the message.

Screenagers opens with physician and documentary filmmaker Delaney Ruston and her daughter Tessa in a phone store as Ruston struggles with the idea of getting her 12 year-old daughter her first smartphone. The film follows the mother and daughter on their journey towards a healthy relationship with each other and with the technology around them. With each struggle and pitfall comes researchers and doctors to explain the science behind the phenomena and stories of other families who experienced similar, often more dramatic symptoms. Pressing issues such as the effect of violent video games, social media and multitasking with television and homework on the adolescent brain in general, are discussed over the hour long film. 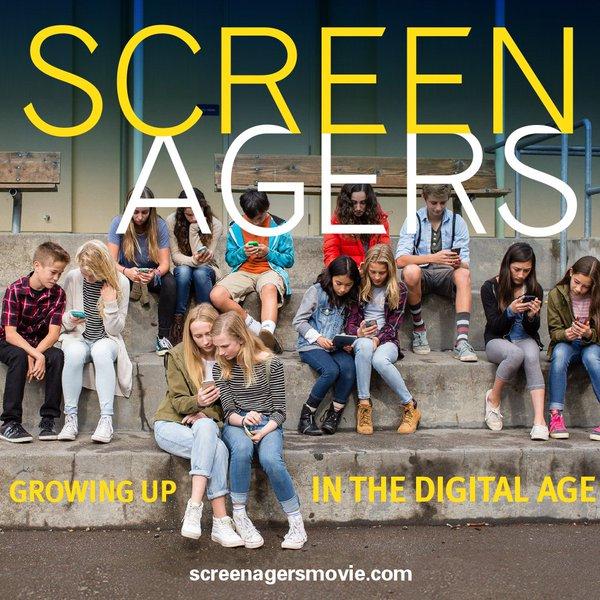 Photo: Screenagers tries to help adolescents and even adults to maintain a healthy balance between technology and life

Photo: Screenagers tries to help adolescents and even adults to maintain a healthy balance between technology and life

Featuring the research of experts such as Dr. Sherry Turkle, a distinguished psychology professor at MIT, and Doctors' Nino Ramirez and Leslie Walker of Seattle Children's Hospital, among many others, Screenagers brings academic weight to issues that have long been griped about by parents and actively ignored by teens. Not only was the scientific research on the subject extremely interesting, it was also analyzed and used to form useful, insightful tips for how to find balance between being connected online and in real life. The quality of information and analysis was a highlight of the movie, however, to create an effective documentary not only do the facts and figures have to be interesting, the delivery also has to be spot on.

The presentation of information is where Screenagers is lacking to the point where the persuasiveness of the film itself is lost. Obviously a low budget film, most likely unable to afford high quality animations or custom sets, the interviews and graphics left something to be desired. Conversations between parents and children, or counselors and guardians featured two people so cheated towards the camera that they can hardly even look at each other while they talked, making the whole conversation seem like a farce. Clips of roundtables with students describing their struggles with bullying or distraction on the internet seem disingenuous as each kid takes a turn to speak and talks in such a way that it seems impossible their remarks were not prewritten. The human interest stories, meant to really pull the audience in emotionally, and convince them to care about the effect that screens can have, fell flat because of these pitfalls.

Furthermore, several times throughout the film while a researcher was explaining a certain aspect of the brain affected by technology, the same animation of a brain spinning was played. No specific part of the brain was pointed out and no animation illustrated the phenomenon described by the researcher. It made the movie feel lazy and hastily cropped together, while also taking away from what the scientist was actually saying. Subliminally, this repeated, generic image creates doubts as to whether the scientist even knows about what they are saying, if they can't even give a visual more specific to what they are explaining.

However, Screenagers is still an important movie for both parents and their children to watch. It brings to light dangerous factors of technology that people at large would never normally consider and also helps to establish tips for actions to take to minimize the dangers. While the production does make it less emotionally compelling, there is nonetheless a wealth of information to be gleaned from this documentary that will affect the way you think about your phone and might make a little more wary than you were before.

Screenagers is unrated, to find or host a screening of the movie go to the website.