It's a (Monster) ball

Lady Gaga's second world tour, titled "The Monster Ball," came to the Verizon Center in D.C. on Tuesday, Sept. 7. The concert, which sold out mere minutes after tickets went on sale, combined Gaga's lyrical talent with her signature theatricality and resulted in a mind-blowing production. For a staggering three hours, the artist's blend of catchy pop choruses and glam rock hooks kept the audience on its feet and dancing. 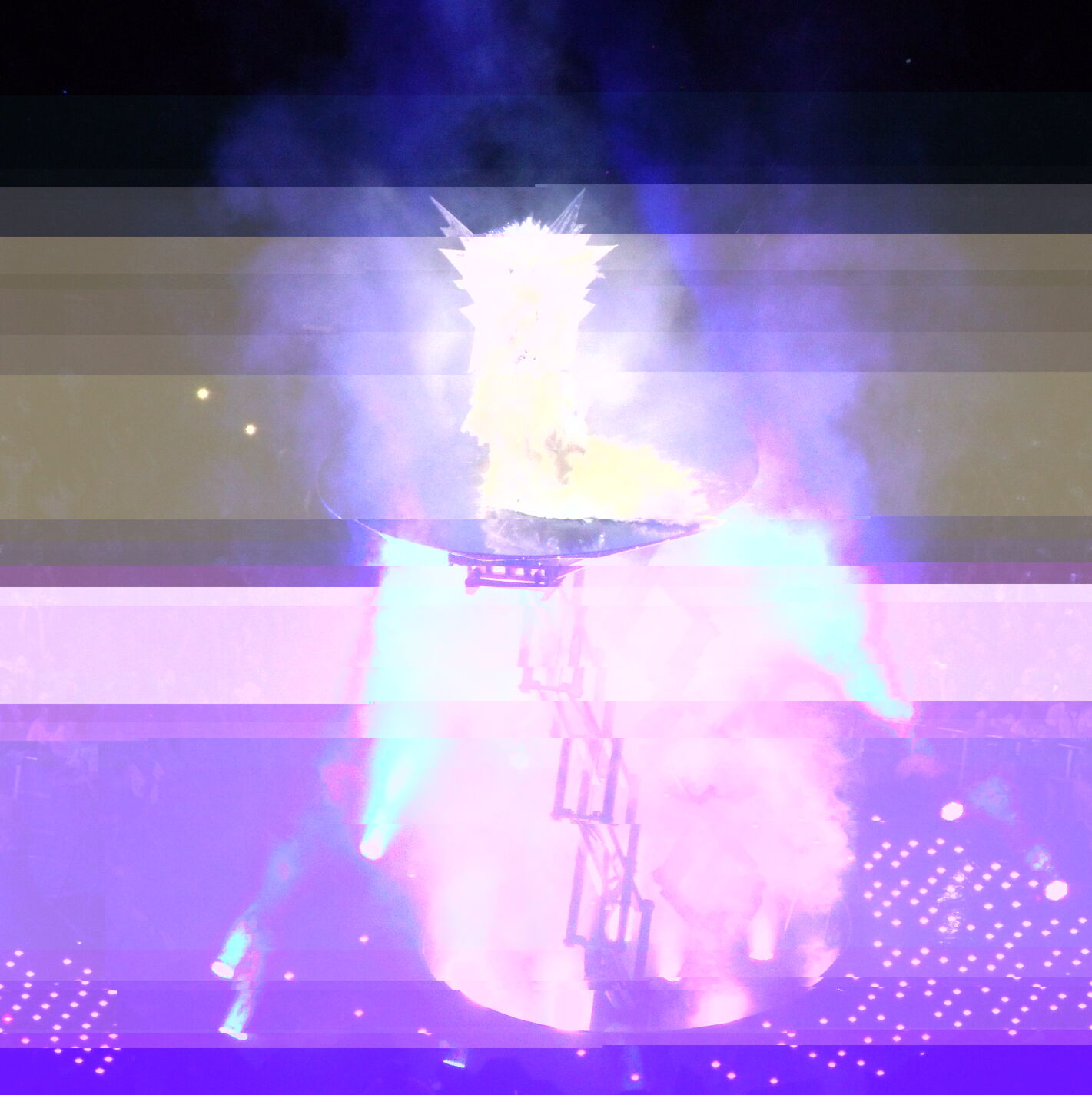 Photo: Lady Gaga used a variety of complicated effects in her show, including a giant pedestal to raise herself into the air so that her fans could see her from anywhere in the Verizon Center.

Photo: Lady Gaga used a variety of complicated effects in her show, including a giant pedestal to raise herself into the air so that her fans could see her from anywhere in the Verizon Center. Photo courtesy of Emma Lansworth.

The show opened with suspense; a massive screen, large enough to cover backstage, lit up with glamour shots of Gaga. Eager anticipation charged the air as numbers flashed across the canvas and the fans – whom the artist lovingly refers to as her "Little Monsters" – counted down to one. The screen became backlit and Gaga's magnified shadow appeared. As the curtain slowly rose, she launched into a powerhouse performance of "Dance in the Dark," followed in succession by breathless performances of "Just Dance" and "Beautiful, Dirty, Rich."

Yet this was only a warm-up. From that moment on, the absurdity that is Lady Gaga swept over the crowd. The concert was divided into four sections and paid homage to "The Wizard of Oz” with some classic Gaga twists. Dorothy's search for home became Gaga's quest to reach the Monster Ball, the most raging party in New York, the yellow brick road became glitter and Dorothy's travel companions were replaced with an array of back-up dancers in skimpy leather outfits.

The first part was a tour de force, with the singer belting out half a dozen songs and making two costume changes. Energy diminished when the audience had to wait during the third costume change, but Gaga eventually emerged in an opaque plastic dress and ramped it up with a rendition of "LoveGame," recapturing her Little Monsters with her favorite accessory: a glowing disco stick. Stomping around the stage and using the disco stick as a walking cane, she tore through "Boys, Boys, Boys" by playfully pushing around her male dancers. Gaga paused to collect gifts thrown on the stage and thanked her fans with a laugh. She then whipped out a cell phone and pretended to receive a call from Beyonce, flowing smoothly into "Telephone," one of her biggest crowd-pleasers with its synthesized beats and snappy chorus.

The mood became more serious when the singer transitioned to a grand piano and advocated gay rights. She explained that a Monster Ball is a place where no one is excluded. "I don't care where you come from, or who you are, or how much money is in your pocket. You can be whoever you want to be on my stage," she said. 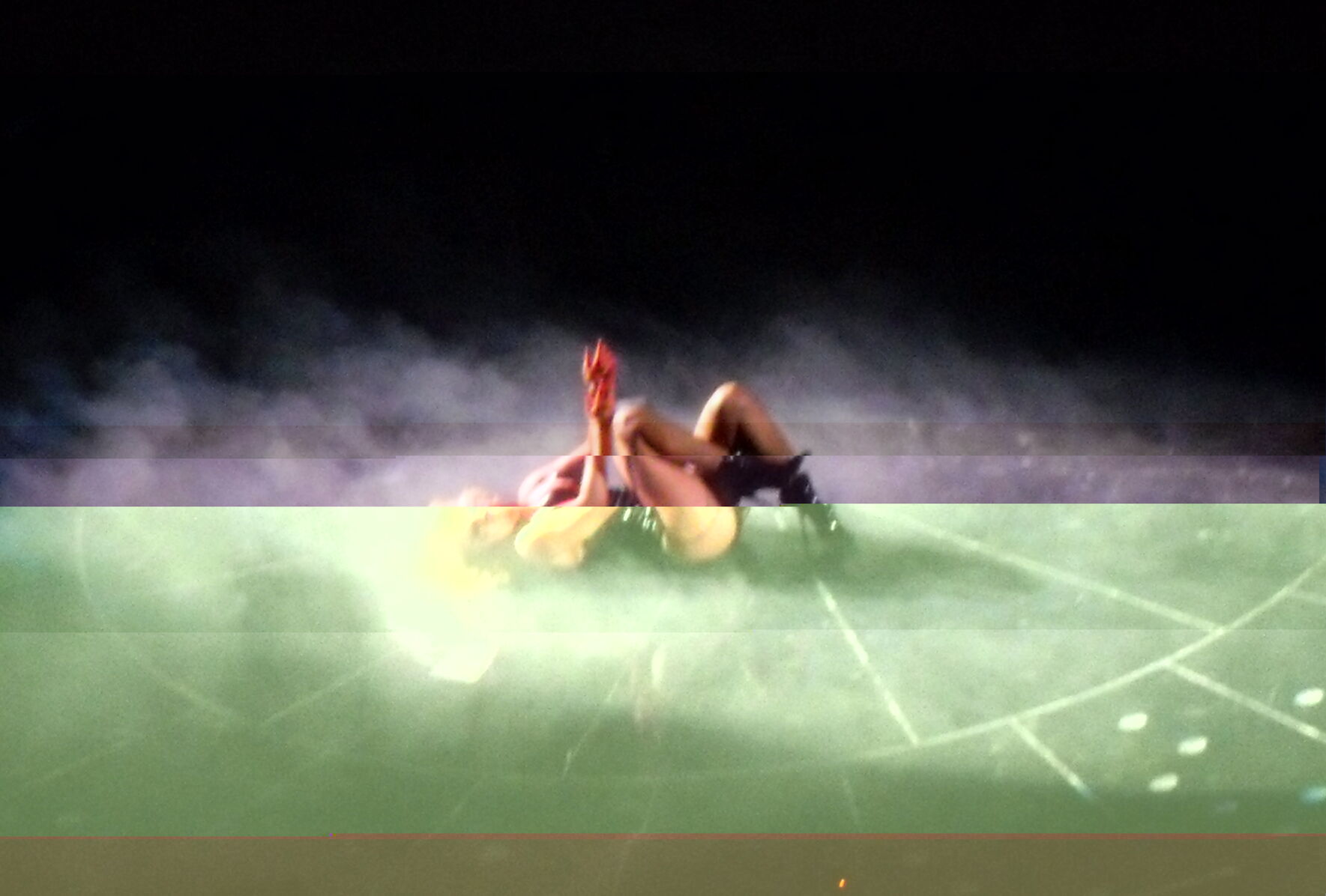 In the hush of the stadium, Gaga took up the piano keys and performed "Speechless," the most raw, stripped-down song on her album. This was where the singer harnessed her natural stage presence, and the audience did not come out of her spell until the last note rang.

Gaga then picked up the pace with "You and I," a song from her new album. Surrounded by a circle of video screens that projected a tornado, she was outfitted in enormous glittery wings and a flowing white train reminiscent of Glinda the Good Witch and was raised on a pedestal above the crowd.

Her next set of songs, including "Poker Face," were sung more frantically and intensely than before, building up to the finale. During "Alejandro," the singer pulled on a black leotard and a nun's habit, slashing herself with red paint across the chest. The concert reached a high point when Gaga, wearing an outfit based on Dorothy's blue dress, was left in the forest alone with a monster and was tangled in its arms as she fervently sang "Paparazzi" to notch up the anticipation a few degrees.

But Gaga saved the best for the last section. For the finale, she was trapped within a red orb of spinning metal hoops and belted out "Bad Romance," as the Little Monsters sang along with her at the top of their voices.

Though it's hard to say if Lady Gaga is an icon, her brand of performance places her far above the heap of emerging artists. Even if she is a mad genius, this concert indicates that she will continue evolving as a performer, because underneath all the theatrics lies a talent unlike any other.

The opening act was Semi-Precious Weapons, who have been touring with Gaga since 2006.