It's Academic places 15th in world, first in Maryland in competition

Blair's It's Academic team placed 15th in the world and first in Maryland in the Knowledge Master Open (KMO) competition by scoring 1705 out of a possible 2000 points, according to scores released Friday. 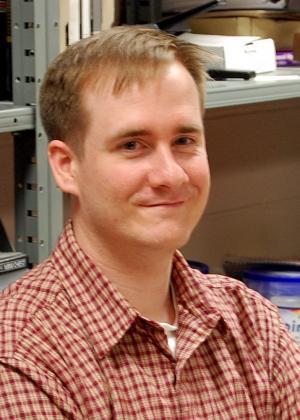 Photo: Math teacher David Fantegrossi, who co-sponsors the It's Academic team, was proud of the students' results in the KMO, but believed that the team can perform better.

Photo: Math teacher David Fantegrossi, who co-sponsors the It's Academic team, was proud of the students' results in the KMO, but believed that the team can perform better.

The KMO is an international competition held twice a year in the fall and spring. Each participating team receives a CD of 200 multiple choice questions ranging in a variety of subjects from history to science. It's Academic team members and other interested students completed the questions together in school on April 23 and sent their answers out on the same day. Teammates worked together - though no assistance was allowed from adults - to answer each question within two minutes and two tries, and points were awarded based on speed and accuracy.

Team members are proud of their performance, but like Fantegrossi, believe improvement is needed. "In the future we need to communicate better during the tournament and have more practices before hand. A lot of us will do our best to try to improve for next year's competition, but we are looking forward to next year's event," It's Academic member junior Elizabeth So said.