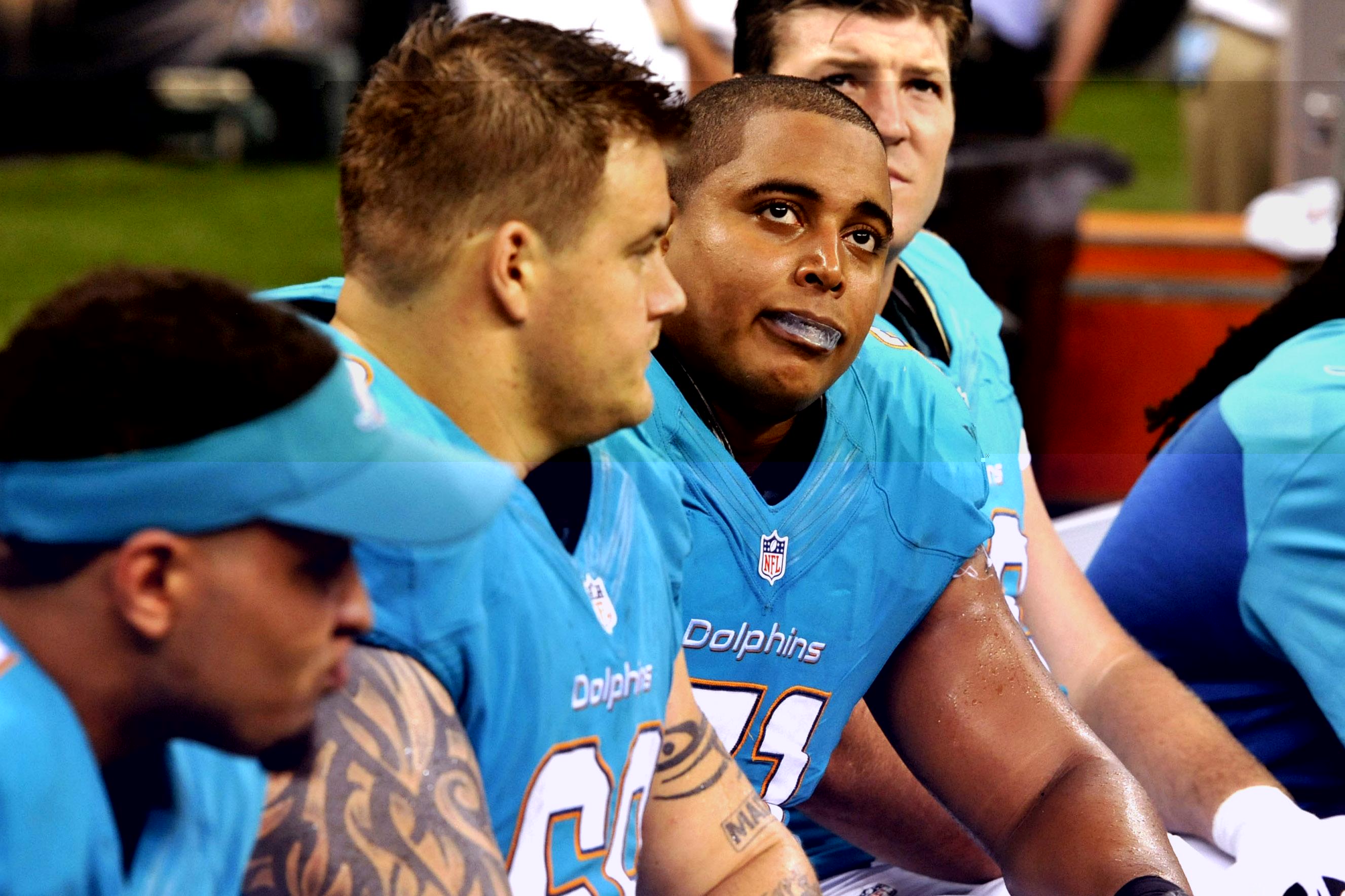 After an investigation by the Dolphins organization and the National Football League into the incident, the team suspended starting guard Richie Incognito indefinitely for the hazing and verbal assault of Martin during his two year career with the Dolphins. A voice-message released to the press by Incognito to Martin was laced with profanity and harsh threats. More reports surfaced of Incognito's bullying from criticizing Martin's play on the field to questioning his sexuality to even pressuring him into paying 15 thousand dollars for a team trip to Las Vegas that he did not even attend.

Martin went along with this harassment and did not inform management of this because he feared retribution from Incognito. This most likely stemmed from a quote from Incognito's voicemail: "You're still a rookie, I'll kill you". The bullying could not have only been from Incognito because even with the indefinite suspension of Incognito and even rumors of the team's plan to cut ties with Incognito, Martin refuses to return to the team.

As this saga progressed, many Dolphin players were actually quoted defending the bully (Incognito) rather than the victim (Martin). Many veterans, and even captains of the team such as quarterback Ryan Tannehill, wide receiver Brian Hartline and new left tackle Bryant McKinnie have all defended Incognito in this case. This points to the locker room culture as a whole in Miami as the source of this problem for the Dolphins, not just Incognito's behavior.

Now who is to blame for these events? There are plenty of culprits. It could be the players for not stepping up in Martin's defense when the harassment was occurring, Martin for not telling the team's authorities or even the Miami Dolphins' leadership for not being aware of this issue. In my opinion, the blame for the escalation of this hazing goes to head coach Joe Philbin. Part of the responsibility of being a head coach in the NFL requires one to shape the culture of the team's locker room. There is no way an NFL team under the watch of a competent head coach could have three highly regarded captains of the team defending Incognito after his behavior. It can't be established that such bullying is accepted in a locker room, and it is the head coach's responsibility to make sure.

The Dolphins have gotten rid of this conduct by cutting ties with the troubled Incognito. I believe, however, that to fully rid their team of this crisis, head coach Joe Philbin should be the next one out the door in Miami. 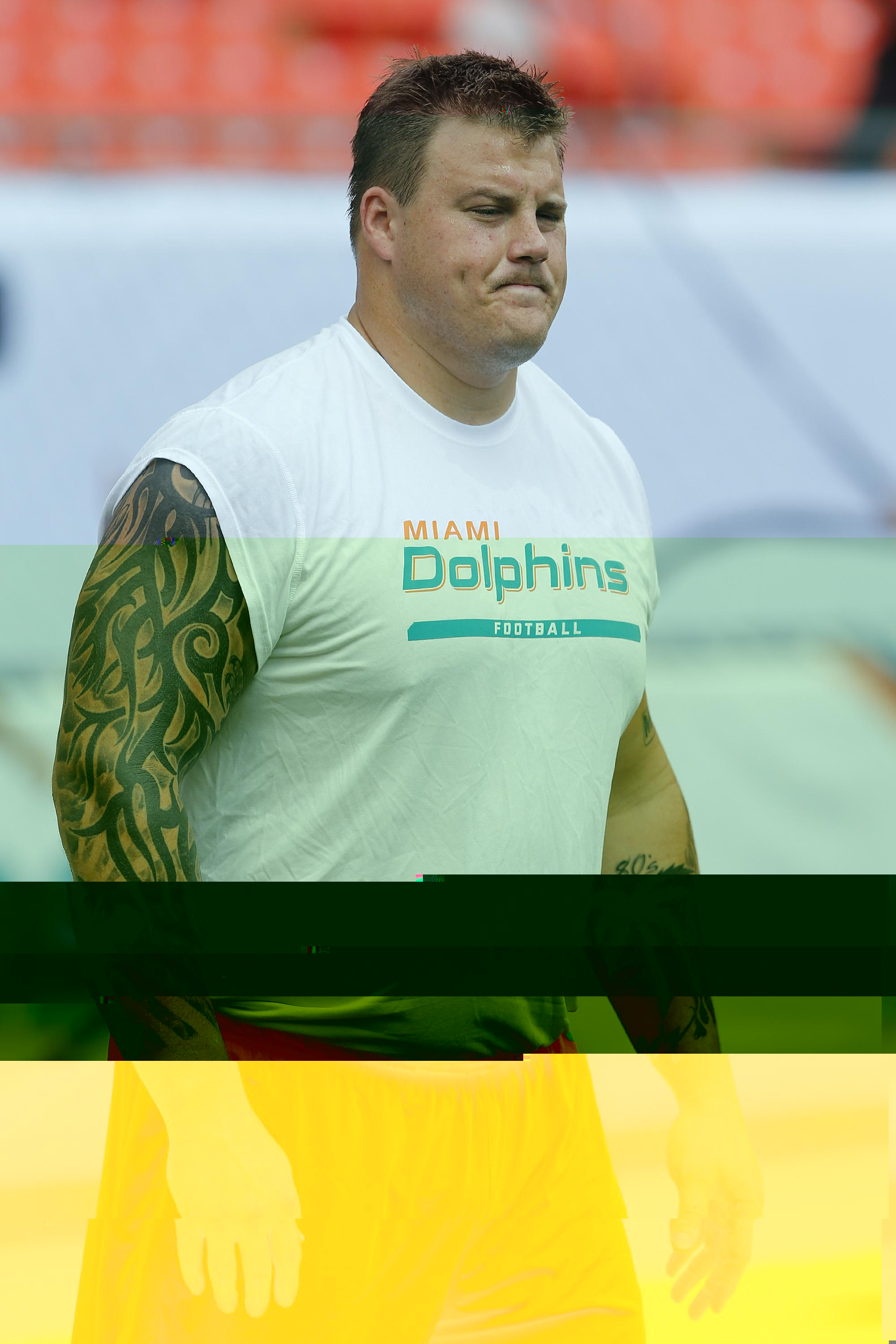 That's a really bold stance that Sam is taking, and while I wouldn't go so far as to say that Philbin must go, I do agree that a large part of the culpability falls to the head coach and his staff. My bigger issue, however, lies with the players in that Dolphins locker room. Mike Wallace, Will Davis, Tyson Clabo and every other player speaking out in defense of Richie Incognito, I'm talking about you.

Professional athletes are part of a special group that is put on a societal pedestal. Thus, athletes are in a position to make statements through a variety of mediums that people will hear everywhere. Ideally, you'd like these physically gifted individuals to say things that are knowledgeable, considerate and well thought out. Realistically though, their comments are oftentimes ignorant and insensitive.

In the case of the situation in Miami, Richie Incognito mentally and emotionally abused Jonathan Martin not only in the locker room and on the field, but also in Martin's personal life. Incognito's first mistake was thinking it was acceptable to harass another person just because he felt like it. His second error was taking this harassment beyond the practice field or the team's facility. Unbelievably, most of his teammates had little regard for the severity of either transgression.

Wide receiver Mike Wallace says that he "loves Richie", thinks Incognito is "a great guy" and doesn't believe that Incognito was crossing the line with his racial slurs and derogatory statements. Wallace goes on to say that he has "a lot of respect for Richie" and that he wishes Incognito was still with the Dolphins. Cornerback Will Davis said that "everybody loves [Incognito]" and that "he's a funny guy." Yes, I'm sure that "Hey, wassup, you half *****" and "I want to **** in your ****** mouth" has everyone rolling at the comedy club.

It is these types of inconsiderate comments and declarations that really aggravate me about pro athletes. In the wake of a situation where a grown man has just had an emotional breakdown so severe that he has abandoned his only job, his colleagues are passing it off as if it's no big deal. There are two correct courses of action for players in this scenario: you say very little or you say nothing at all.

Unfortunately, the Dolphins locker room decided the best idea was to essentially defend the bully and alienate the victim.
Statements like the ones various Dolphins' players made reveal the plain ignorance and lack of awareness that many pro athletes possess. Far worse, these occurrences give the public reason to lump everyone together and disregard the many other truly thoughtful athletes in sports.

I just cannot understand the reasoning to support a man with a clear history of harassment and irrational behavior, to say the least. How is it possible that you publicly stick up for Incognito in a day and age where there is a heightened sensitivity towards bullying?

The comments make it seem like Incognito's behavior is a non-issue when, in fact, hazing is a major talking point in the sports world. These remarks desensitize us from these issues and make us less inclined to be proactive and implement positive change.

I am definitely not accusing the Miami Dolphins of trying to purposely do this because, like I said, a lot of them don't truly understand the significance of their words. What I'm saying, however, is that the insensitivity that these athletes display does absolutely nothing to help the situation and is almost as egregious as the original offense.