It's getting hot in here

Baking in the triple-digit temperatures that overtook the nation last week, it was not unusual to hear people exclaim that they were "dying" from the heat. The record-breaking temperatures really did kill though; at least 46 people across the nation have been reported dead due to the extraordinary heat, including ten from the Washington area. 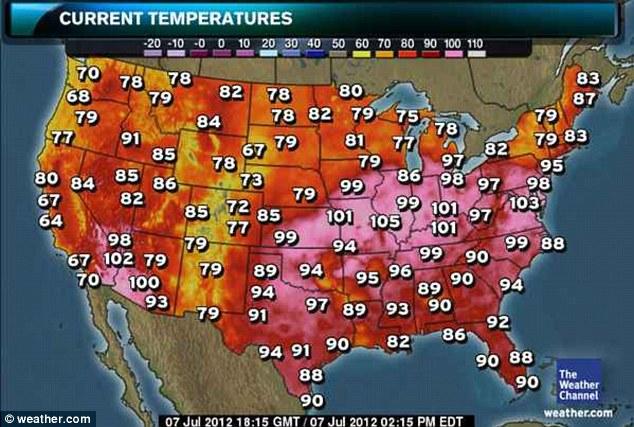 The recent 11-day heat wave, which lasted from June 28 to July 8, was the most intense heat wave in the Washington area since records were first kept in 1871. When the heat wave peaked on July 7, temperatures rose to 105 degrees, almost reaching a new all-time record of 106 degrees. The temperature did temporarily hit the 106 degree record, but not for the three minutes required to establish a National Weather Service record.

The killer heat wave not only caused deaths, but was severe enough to derail a Green Line Metro train and buckle a highway. However, according to experts, this may not be the last we see of killer heat waves and record-breaking temperatures; the symptoms of global warming are becoming reality.

The "warming world" is something most people just associate with melting ice caps and disappearance of polar bears, but the Washington area is part of the warming world too. Already, Washington has seen a warmer first six months of the year than it has ever experienced before. On top of record breaking heat this year, the Eastern Seaboard had seen new heat records in both 2010 and 2011.

Due to global warming, average temperatures for the area could be expected to rise three to five degrees by 2050, and six to ten degrees by 2100. That means that in the next century, the 80s might seem cold for summer, and the 90s may feel like a relief.

If anything, we should take these signs of a warming world to do even more the help the environment. The effects of global warming are no longer just dangers present in rain forests in a different hemisphere or in the poles across the globe- they are now right here, at home. Reversing the damage that has been done may not be possible, but preventing further damage is. By following the tips of environmental groups and helping to conserve resources and stop pollution, we can slow global warming.

The warming world should spark a greater call to environmental efforts before we hit a triple-digit norm for Washington summers.