It's not easy being green

A Christmas tree standing in front of the City Hall in Copenhagen twinkles with thousands of bright, white lights - but the energy powering them is purely green. Every day, a different Danish politician spends half an hour on an exercise bike connected to the tree to provide the mechanical energy to illuminate the tree and light up the city with an enchanting glow.

This was the sight that greeted sophomore Becca Arbacher during a night tour of downtown Copenhagen, Denmark, where she participated in the Children's Climate Forum (CCF). Copenhagen hosted two climate talks this year, the CCF and COP15, the fifteenth meeting of the Conference of the Parties. The Conference of the Parties is an international forum for world leaders to explore climate change issues and discuss solutions to the growing crisis. COP15 took place this year from Dec. 7 to Dec. 18. The CCF, sponsored by the United Children's Fund (UNICEF), was held immediately before from Nov. 28 to Dec. 5 and served as a platform for students to voice their opinions on and solutions to climate change, according to Kate Donovan, a UNICEF spokesperson. Although the CCF had a minimal impact on the results of COP15, the trip was an eye-opening experience for Arbacher and all other youth involved.

The issues of global warming and climate change have been nascent in international politics for many years, but only in recent years have they been at the forefront of the world's political conscience. The most recent global climate treaty is the Kyoto Protocol, a legally binding environmental accord. The Copenhagen summit was intended to formulate a new treaty to go into effect after the Kyoto Protocol expires in 2012, but COP15 did not result in any definite agreements. 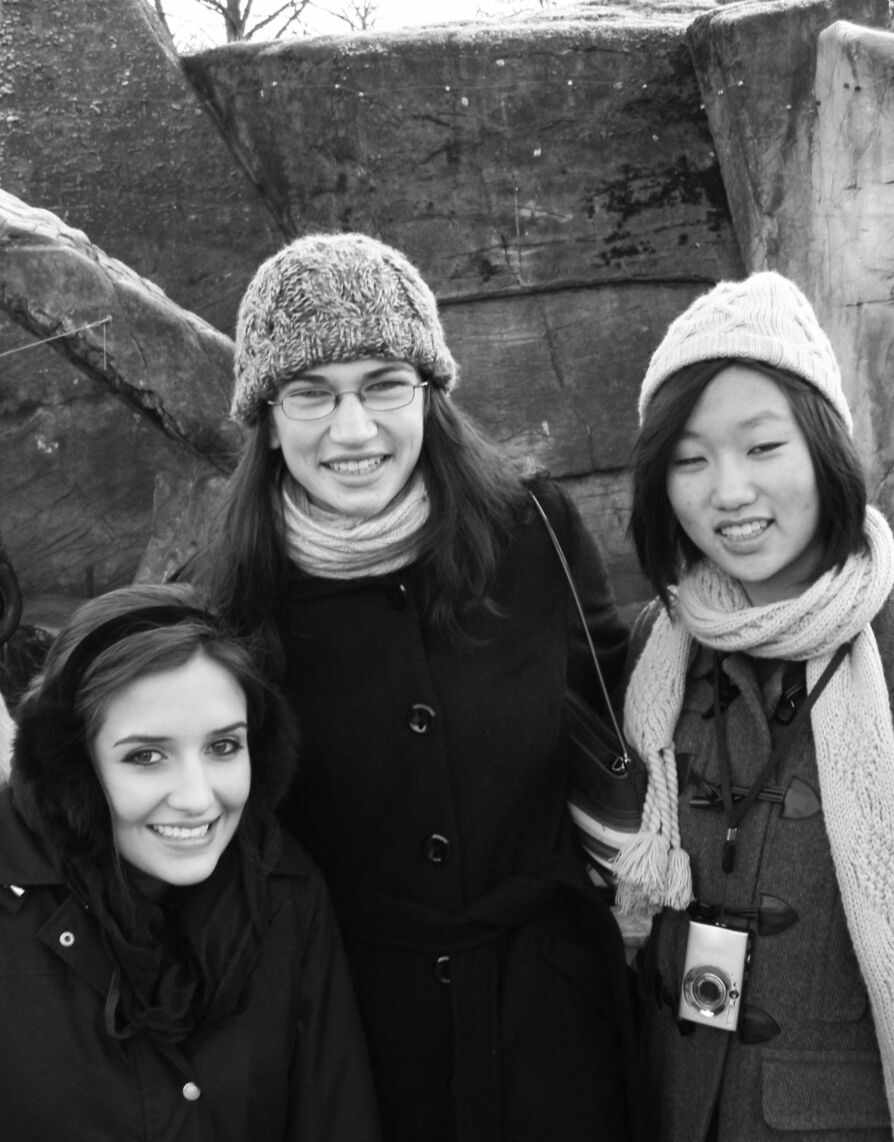 Arbacher has been active in climate issues for many years and decided to apply for the CCF in August. She saw the CCF as a way for her to help expedite the process of reversing global warming, which she finds frustratingly slow. "We're kind of running out of time for first steps," she says. Rachael Swanson, program manager for the United States Fund for UNICEF and a chaperone at the CCF, says that UNICEF was looking for students who had experience with climate change issues and a passion for the topic. Arbacher fit the profile - she was an active volunteer with the Carbon Fund, an organization that helps offset global warming, and conducted an extensive research project on the greenhouse effect in middle school.

Warming up to change

Arbacher and three other students were chosen in September to represent the United States at the CCF, where they met up with 160 other youth from 43 nations. The students and chaperones stayed at the Dan Hostel, which was walking distance from the City Hall. UNICEF paid for the students' accommodations at the hostel and their meals in Copenhagen. Arbacher was responsible for paying for airfare, though she received a $500 grant through her Girl Scout troop to help finance the trip.

She shared the room with four other girls: two from the United States and two from the United Kingdom. For Arbacher, living with students from other nations and learning to work cooperatively with others was the highlight of the trip. The conference established a global network of teen environmentalists and exposed Arbacher to students with a wide range of experiences with climate change. Some students' home countries deny global warming and others have suffered the manifestations of climate change. "I met people whose best friends lived on islands that were rendered uninhabitable by tsunamis," she says.

The CCF worked to tackle these very real effects of global warming. Each morning, the students met at the City Hall for the day's conference agenda and then split up into interest groups. Nine interest groups worked to draft a declaration to be presented to the president of COP15 at the end of the event. The declaration included the students' concerns and a proposal for fighting global warming. Arbacher's group, "Advocacy and Political Strategy," discussed how civilians could influence their governments' actions in the climate debate. At the end of the day, each team presented their work to the drafting group, which was responsible for compiling the declaration.

Arbacher left her mark at the CCF by proposing an element of their solution that made it into the final declaration. She suggested changing the system for classifying countries and stipulating their environmental responsibilities. Her plan divided nations into "developing but not polluting," "developing and polluting" or "developed and polluting" in order to make the regulations fairer. But while she loved voicing her opinions, Arbacher says receiving so much attention for her ideas was slightly overwhelming. "I'm an outgoing person, but I'm not entirely comfortable being in the spotlight," she says.

Arbacher's proposal won the approval of the other students at the CCF and also reached the eyes of every leader at COP15. A group of eight students from influential developing countries stayed after the CCF to present their declaration to COP15 and each member of COP15 received a copy of their proposal.

But Arbacher recognizes that the CCF ultimately did not have a monumental impact on the outcome of COP15. Its main goal was to function as an occasion for students to learn about the issues and to learn from each other, and they did, she says. "It publicized the climate change issue, especially among youth," she says.

For what it was, the CCF was successful. It did not drastically alter the outcome of COP15, but it did educate the participants and students around the world on climate change issues. "[The CCF] was important for getting the information out now while kids can adopt and accept it," Arbacher says. With the powerful network of environmental activists established at the CCF and the many more students it exposed to climate change issues, Arbacher knows that her generation will be the one to take serious action against global warming and finish the work they started at Copenhagen.