On the first day of class, James Schafer always does one activity. He asks his students to sit down in the back of the classroom and asks for their name and one interesting thing about them. While this may seem repetitive to his students, since many other teacher do something similar, there is a benefit. Schafer's students will not have to wait weeks for him to memorize their names. By the end of class, he knows each of his student's names. "I always think it's really important to let kids know you care about them and one of the easiest ways to do that is to learn their names of the first day," Schafer explains.

Schafer grew up in Montgomery County and graduated from Rockville High School. He has always liked science. "I really liked discovering things," he remembers. He attended the College of William and Mary and earned a degree in Applied Math and Physics. Currently, he is working on a Masters at Johns Hopkins.

Despite having no prior jobs before joining Blair in 2002, Schafer did not originally plan to become a teacher. "Someone asked me if I would become a teacher and I liked it so I kept doing it. Now what keeps me inspired are the kids," he reveals. At the moment, Schafer teaches Freshman Magnet Physics, double period Advancement Placements (AP) Physics and Mathematical Physics, which is considered one of the hardest classes at Blair. Schafer says the hardest class he ever took was either Quantum Physics or Vector Calculus.

In 2010, Schafer was named Montgomery County Public Schools Teacher of the Year for the 2010-2011 school year. "I was pretty honored but I feel that it was more of a reflection on the kids I teach," he reminisces. He was inspired a lot by his high school journalism teacher. "Even though the curriculum is very different, he taught me how to plan a class and teach it well," he says. "We're still good friends."

In the classroom, Schafer is very amusing and often shares funny stories to help make the class more interesting. A name students often hear is Tonka, Schafer's dog, who is used in many examples and test problems. "The reason I use Tonka is because Tonka is a dog so it's a great way to let people be as creative as they want," Schafer states. "Plus, Tonka's just a silly dog," he adds. Like many dog owners, Schafer loves dogs but dislikes cats. However, there are some breeds that he just does not consider actual dogs. "I don't like it when people can put their dogs in handbags and bring them into stores,” he says. 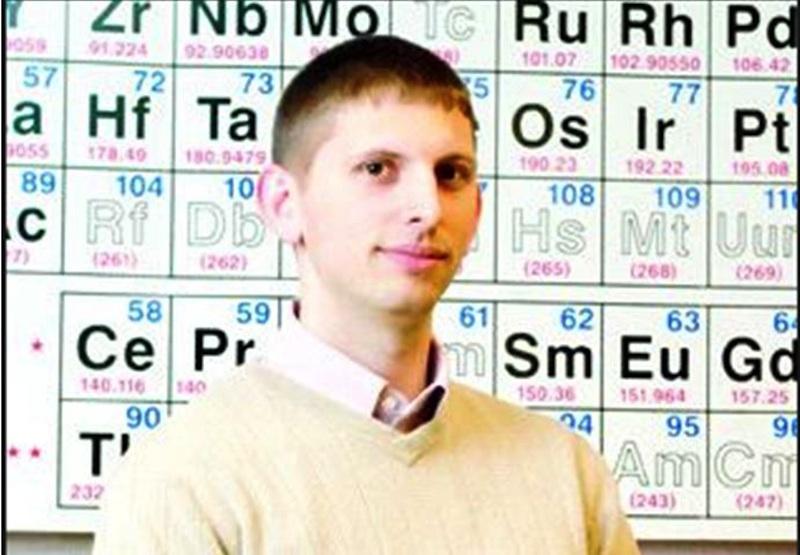 After school, Schafer sponsors the successful It's Academic team and the Physics team. "Physics team is great because it lets kids work together and extends topics they learned in class," he explains.

Outside of school, Schafer enjoys sailing and spending time with his family. His son Matthew is one year old and Schafer likes playing with him. "We play a lot with his cars. One of the words he knows best is 'car'. Anything with wheels to him is a car," Schafer says. Right now, he and his wife are teaching Matthew to walk.

Although he doesn't go sailing as often as he would like, he really enjoys it. "I like sailing because you are outside and don't need an engine, or a motor." His favorite vacation is when he and his family travel down to the British Virgin Islands and spend two weeks on a boat. They can anchor and go snorkeling or climb in some places but spend the majority of their time on the water sailing. "It's kind of like camping on a boat," he explains.

One of the things he is most proud of doing at Blair is starting Puzzle Palooza, which he really loves. "It's a really unifying activity," Schafer declares. "And it's pretty much the most fun thing you'll ever do in high school!"

Like any other person Schafer has his share of likes and dislikes. "I love all food! Especially dumplings!” Schafer says, hinting that his students should bring him food. He dislikes people who do not know the difference between ‘less' and ‘fewer' and ‘can' and ‘may'. He loves the snow but does not like cold rain. He also really likes people who are able to read maps well. "I don't like people who would blindly follow their GPS into a lake,” he jests.

Schafer's students learn a lot and have fun in his classes through the fun stories and activities. And his classes will only get better as he continues teaching. "[My aspiration] is to make this my best year of teaching ever," he proclaims.