Jordan McAuliff rocks the boat on the climate crisis

Junior Jordan McAuliff took a stand and slept on a boat for the week to show her commitment to the climate movement.

During the week of Dec. 2, junior Jordan McAuliff left the heat and comfort of her home to spend four nights sleeping on a boat. As a member of the Sunrise Movement,which is led by youth to promote action to combat the climate crisis, McAuliff has been involved in the emerging youth climate movement for a long time and wanted to show her commitment to demanding change. 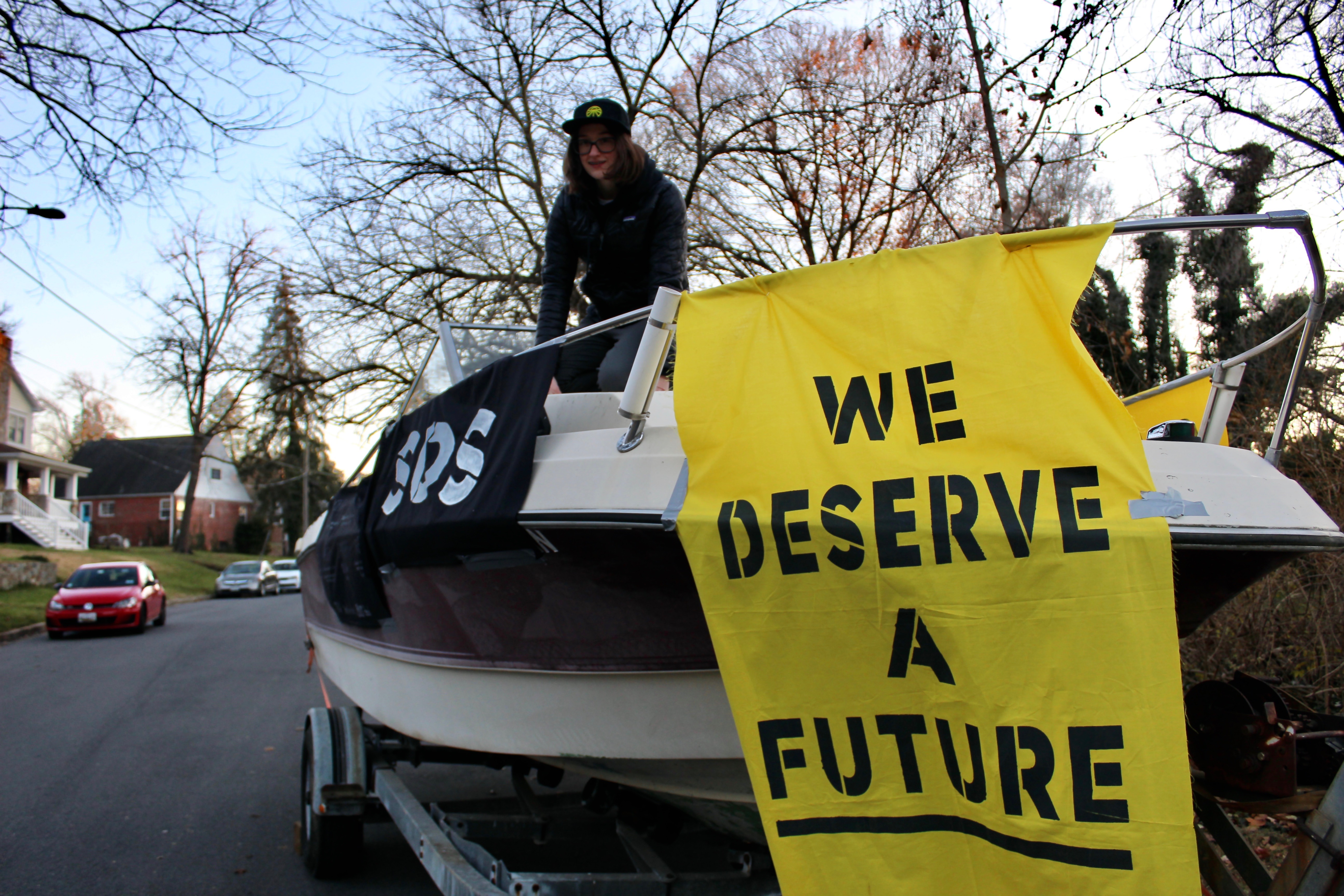 We Deserve A Future

Photo: We Deserve A Future

Photo: We Deserve A Future

“I both wanted to raise awareness about the climate crisis and then also demonstrate my own commitment to doing something about it through an act of personal sacrifice,” McAuliff said.

McAuliff chose to stay in a boat all week to emphasize how quickly the oceans are rising and the adverse effects the rising ocean levels have had on the environment and world population. On the side of the boat, McAuliff had hung a sign with information about major hurricanes that had occurred recently and another sign that read, “SOS." 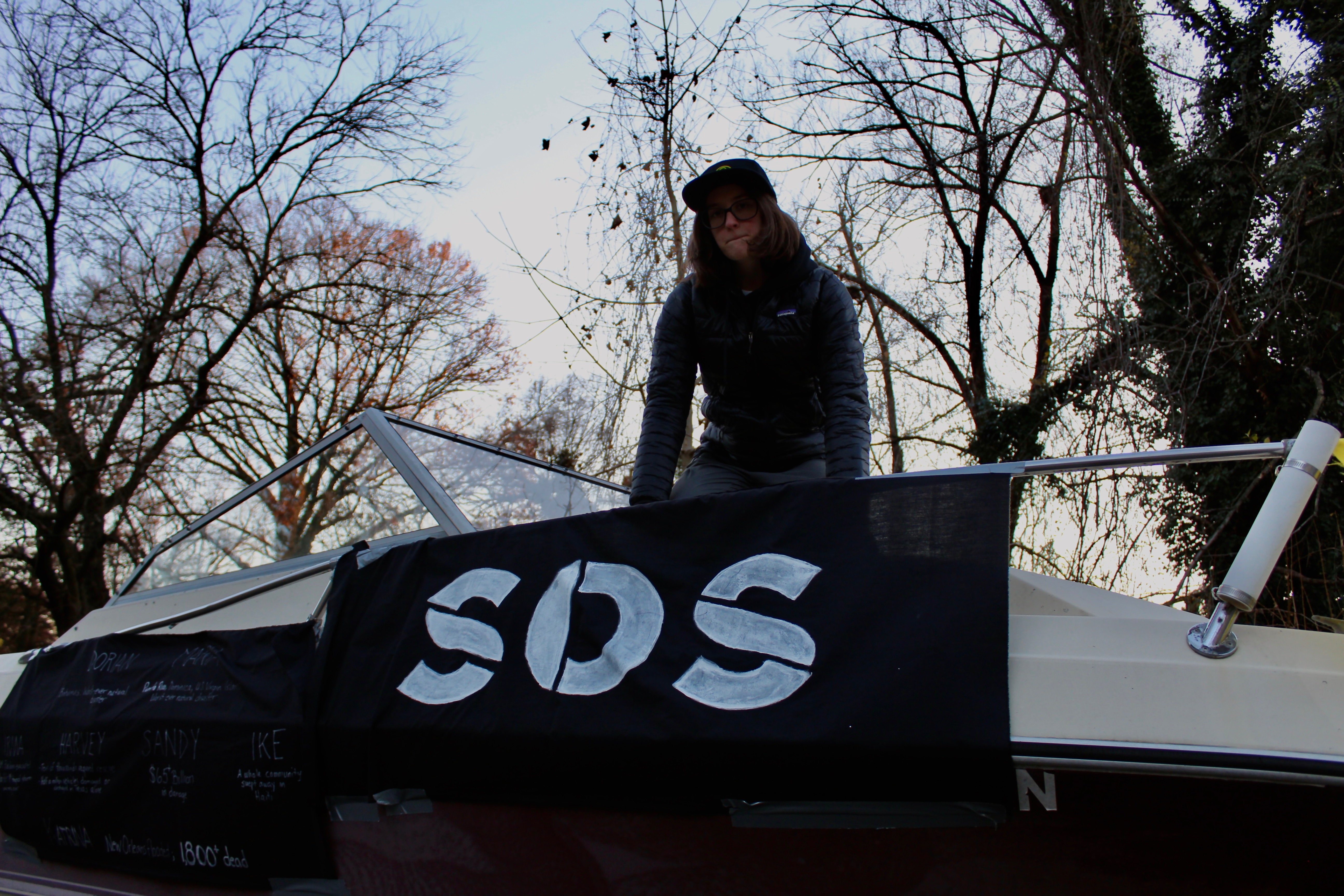 “Hurricanes are really important examples of the kind of natural disasters that the climate crisis is making worse. Communities are being really decimated and that's partially an effect of those rising waters. The flooding that comes as a result of that is going to get worse and worse as the ice melts and as the ocean gets warmer,” McAuliff said.

The boat has personal symbolism, as well. McAuliff says, “My dad lived on a boat growing up. He became a lifeguard and he really taught me that the people who need help the most are the people who go too far out and that’s symbolic to me of where the world is at now with the climate crisis, where we’re not going to be able to go back and there's not going to be anyone to rescue us.” 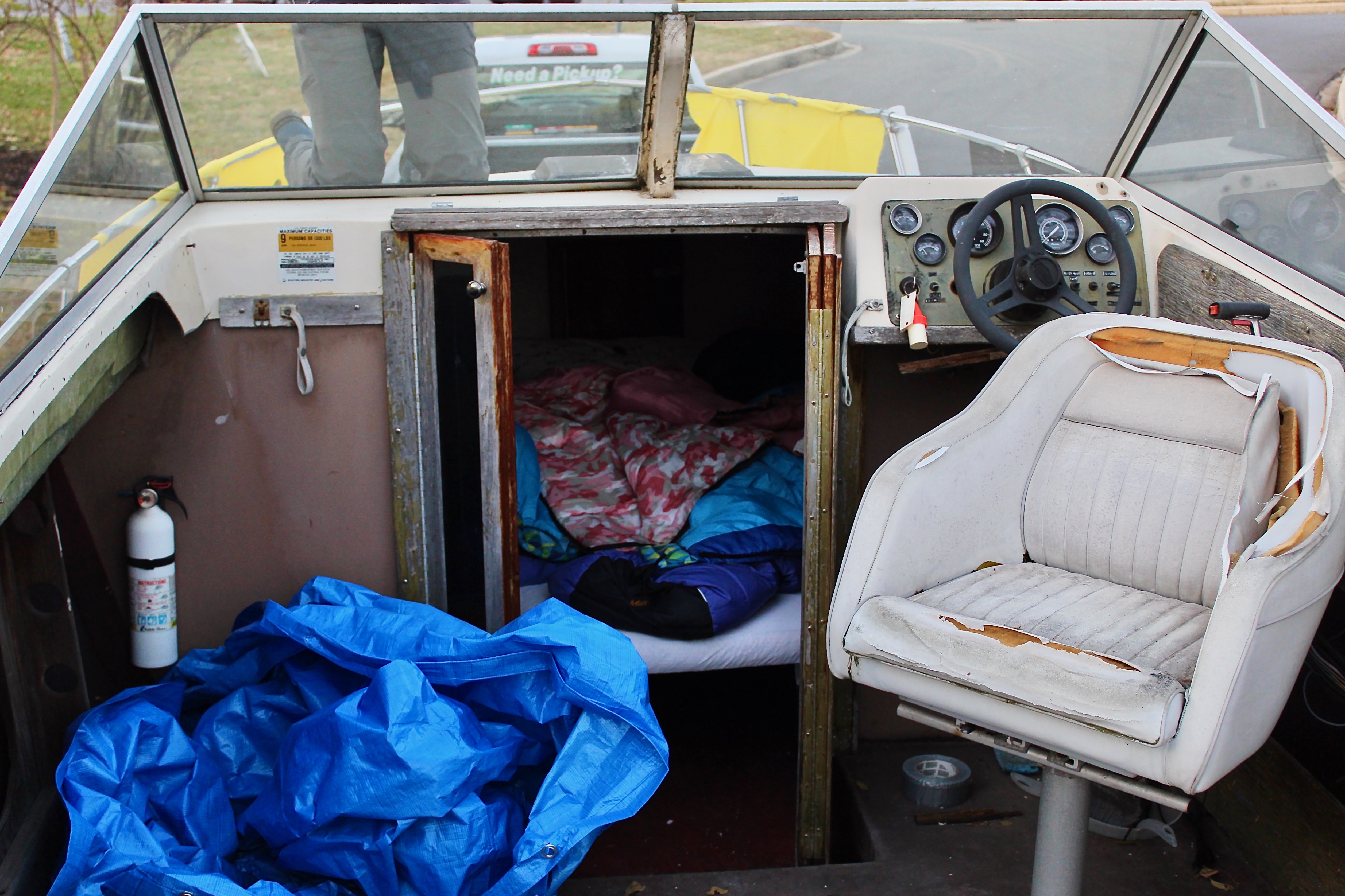 Sleeping in the Boat

Photo: Sleeping in the Boat

Photo: Sleeping in the Boat

From below-freezing weather to homework by lantern light, McAuliff experienced challenges throughout the week. She originally parked the boat in Blair’s parking lot, but was eventually asked to move. McAuliff had to search for a place to legally park the boat that wouldn’t cause disturbance and was close enough to Blair so she could walk to school. The boat was parked in the Woodmoor neighborhood for most of the week.

The boat had no source of heat or insulation, so McAuliff had to find clothing to wear that would keep her warm throughout the night. When McAuliff reached out to Patagonia and told them about the boat, Patagonia sent her high tech gear to keep warm. During the night, McAuliff had to wake up almost every three hours because people were taking shifts staying with her for safety. 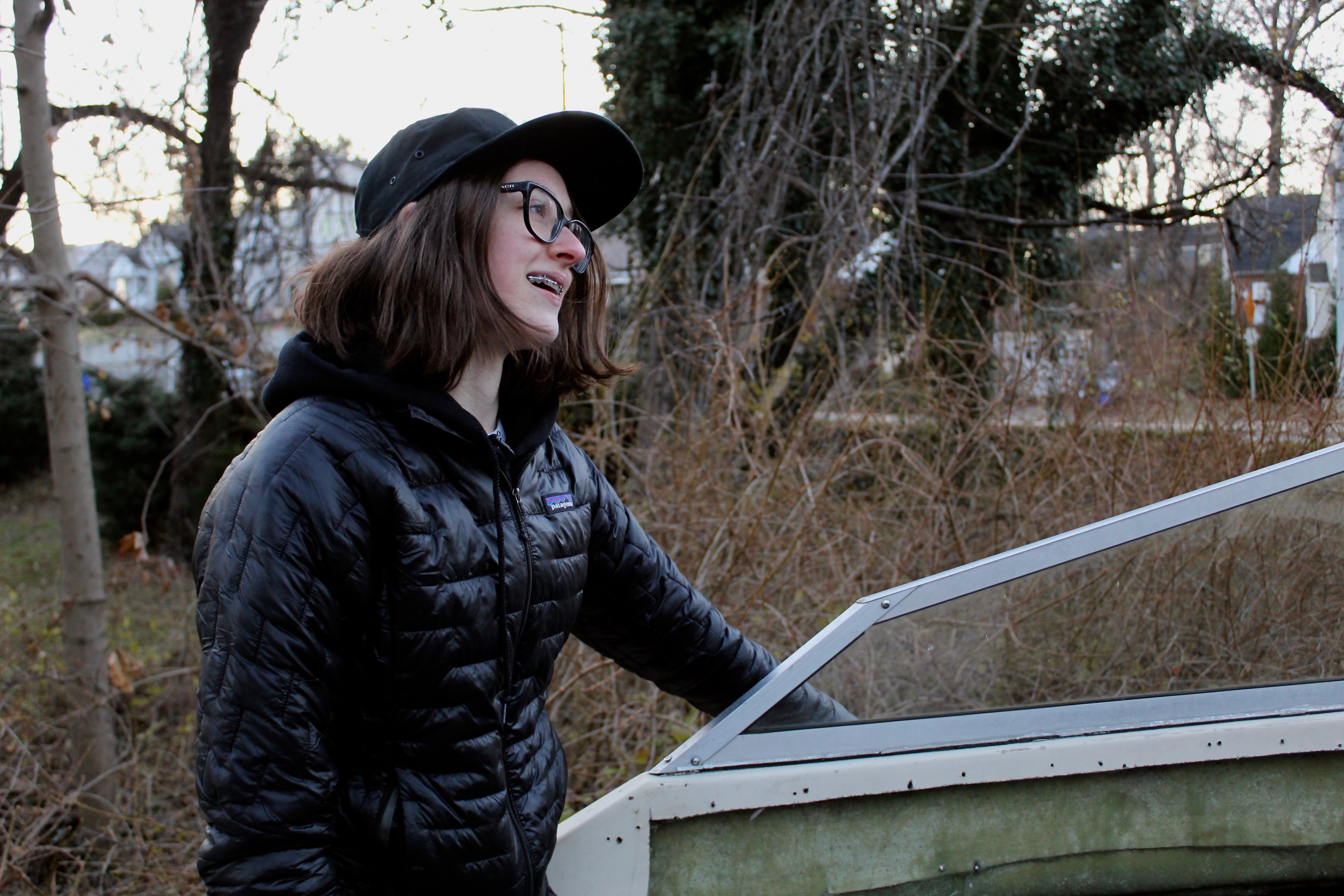 McAuliff is glad to have received positive feedback and has seen a lot of support for her actions in the past week. “It was a really good tool to get people engaged who maybe had been interested but hadn’t been involved before. People were really willing to take a step up and take a shift watching over me or lend me stuff. It was an important organizing tool for people around me in the community to see an opportunity to get involved,” said McAuliff.

While McAuliff says she doesn’t plan on sleeping on a boat any time again in the near future, she still has a vision for the climate movement. “There's definitely a time and place for individual action, but the more important thing that we need is communal action. This individual action by me was a call of action to the rest of the community saying join me so that we can organize in the future and we can do this as a large group and really disrupt society in order to demand action.”