On Nov. 4, Junior Neil Davey won the first place team prize at the regional Siemens Competition in Math, Science, and Technology held from Nov. 1 to Nov. 4 at the Massachusetts Institute of Technology (MIT) in Cambridge, Mass. Davey, who was announced as one of Maryland's two regional finalists in October, advanced in the competition as a Siemens National Finalist. 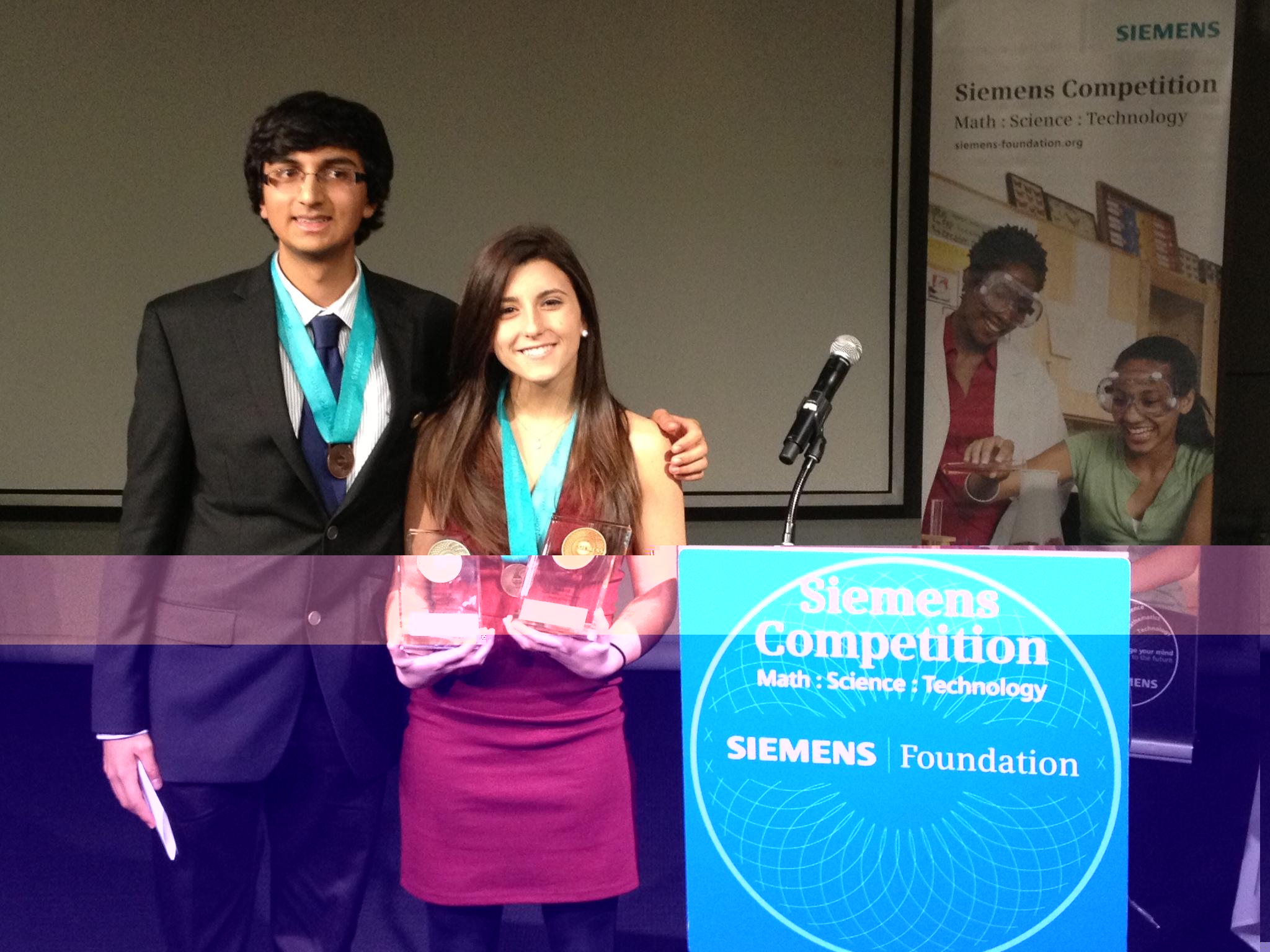 The Siemens Competition is one of the largest and most competitive research competitions for high school students in the world. Competitors originally submitted their projects at the beginning of October. Late October, Davey was announced as one of 93 students who advanced on to the second phase of the competition: regional competitions. The Siemens regional competition held at MIT was one of six regional contests taking place in various universities over the next two weeks. At each regional contest, five individuals and five teams (defined as either two or three students in a group) were selected to compete. Only one individual winner and one team winner from each of the six regions advance on to the last phase of the competition: national finals.

After their team came in first place at the regional competition at MIT, Davey and his partner senior Katie Barufka, from Langley High School in Virginia, are in the top six teams out of the 2,255 participants in the Siemens Competition. Homeschooled senior Sam Pritt from Walkersville, Md. won the first place individual prize at MIT and will accompany Davey and Barufka to the national competition in December.

The competition events began with an opening ceremony on Friday, Nov. 3. After the ceremony, students held poster presentations and had the opportunity to practice their oral presentations. The next day, the actual oral presentations were held along with an intensive question and answer session by the judges. The event culminated with an awards ceremony where all participants received a bronze medal and $1,000. Davey, Barufka and Pritt also each received $3,000 and a silver medal before joining the other regional winners at a student social that evening.

At the competition, Davey had the opportunity to see the other top projects from the East Coast. He found every project at the competition intriguing. "All 10 projects presented at the competition were fantastic. There was a nice mix of biology, mathematics and computer science," Davey said. His own project revolved around the parasite that causes the disease Leishmaniasis. As part of the project, Davey created a live-attenuated vaccine candidate for the disease.

Next, Davey and his partner will present their research at the national competition in Washington D.C., which will take place from Dec. 1 to Dec. 4. This final round of the competition will bring together the nation's top students to compete for the grand prize. There, Davey and Barufka will compete against the five other top teams. The first place team will win the grand prize of $100,000 and the other teams will win scholarships ranging from $10,000 to $50,000. Similarly, Pritt will compete against the five other individual finalists for these scholarships.

Davey acknowledged that the upcoming competition will be challenging and planned to prepare for his presentation. "Well, first I need to practice some more for the national competition, which will be very tough, but also extremely exciting," Davey said. This competition will be a major step for Davey who plans to further his pursuit in a field of biology as well as business in college.

After meeting other student scientists, Davey found the competition to be an enlightening experience. "All the competitors were really nice and fun to be around," Davey said. "The experience I had at the competition was wonderful, because there were so many like-minded people with amazing projects and ideas."